Can 5G Towers or Signals Cause Cancer? 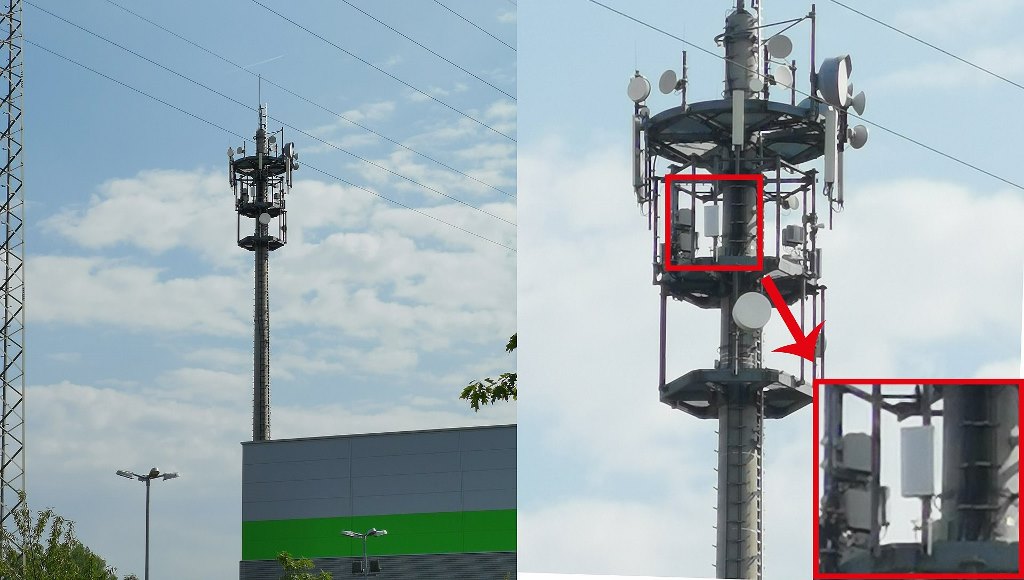 5G seems to be getting blamed for a lot of things, at the moment. The idea that 5G is responsible for the spread of the Coronavirus seems to be the pretender to the throne. But still reigning supreme is the theory that 5G can cause cancer. Now, I wrote a post asking whether mobile and cellular phones could cause cancer, back in February 2019. It turned out that, no, phones could not cause cancer. But as 5G is a different animal, and so many people seem to be concerned by it, it’s a matter worth considering.

So, can 5G cause cancer?

First things first, what on earth is 5G anyway? 5G simply refers to the fifth generation technology standard, as applicable to cellular networks. As with previous generations, 5G works on the basis of sending information wirelessly from a tower antenna to the phone in your hand. There are a large number of these towers, each servicing a local area known as a cell. It’s from this arrangement that you get expressions like cellular networks and cell phones.

It’s incredible technology really. Users are free to move between cell areas and the phone will simply switch to the new tower. Typically with no loss of signal. Quite how any of this really happens is so far beyond me, it might as well be witchcraft. Truly it is said:

Any sufficiently advanced technology is indistinguishable from magic.

Anyway, magic aside, the reason the fifth generation is an improvement on the fourth is that it has a greater bandwidth, which allows for faster download speeds. To achieve this, 5G is using higher frequencies of radio waves, venturing into the gigahertz (GHz) range. In fact, there are currently three proposed band widths for 5G, as follows:

There is also the possibility that even higher frequencies could be used in the future.

And the ‘frequencies’ that are involved here, correspond to ranges of Electromagnetic Radiation. All these forms of communication rely on electromagnetic radiation. It is how the signal gets from the tower to your phone. This stuff is passing over, around and, potentially, through you, all the time.

And 5G will increase the frequency of the electromagnetic radiation that we’re exposed to, again! And by such a big margin… How is it possible to know that 5G won’t cause cancer?

Well, the absolute truth is that there is no way to know that 5G won’t cause cancer. Hell, even the International Agency for Research on Cancer (IARC) has ‘Radiofrequency Electromagnetic Fields’ listed as a type 2B agent. 2B agents being things that are, ‘Possibly carcinogenic to humans’.

Well then, if we don’t know that 5G does not cause cancer, surely we must assume that it does…?!

And it’s at this point that the problems start.

Which leads to the next logical argument, of; if we can’t be sure either way, we shouldn’t take the risk. The reasoning goes: we should wait for conclusive proof that 5G doesn’t cause cancer before we go around installing it everywhere.

And, on the face of it, this seems a sensible argument.

Let me put this type of quandary in a different context:

I had cancer and I needed surgery to get rid of the tumour.

The absolute truth was that there was no way to know that the surgery wouldn’t kill me. Hell, even the surgeons were telling me the surgery was possibly fatal to me.

Well then, if I didn’t know that the surgery wouldn’t kill me, surely I had to assume that it would…?!

But I didn’t assume that, I had the surgery…

The argument that, ‘because we don’t know that 5G might cause cancer, therefore we shouldn’t have 5G’, is presented as if the two outcomes are equally likely. The presentation is that there’s a 50/50 chance as to whether or not 5G can cause cancer.

This simply is not the case.

The chance of 5G being the cause of cancer is vanishingly small. And there’s a good reason for this.

You see, even the High-Band 5G is still deep within the non-ionising radiation range. It does, however, stray into the Microwave range. And this is certainly causing concerns in some people. Not least because we know that microwaves can cause damage, because we use them to cook food.

There’s no evidence to show that microwaves can cause cancer. So, if your concern about 5G and cancer is in relation to its proximity to microwaves, then prepare to be relieved.

Microwaves can absolutely heat things up. If you got in a microwave oven, it would cook you. From the inside out…! A large enough microwave oven could certainly kill you. But it couldn’t give you cancer. Because it’s still non-ionising radiation. All non-ionising radiation can do to you is impart heat into, or onto, you. Under the right circumstances, this will absolutely kill you, just not by cancer.

For cancer to come into play, you need to get to the ionising radiation. Electromagnetic radiation travelling in the frequencies of ionising radiation have enough energy to strip the electrons from the atoms in the cells of your body. This, naturally causes damage to such cells, including the DNA within. And it’s only when you start damaging the DNA in your cells that you become at risk of cancer.

Just being cooked isn’t enough to cause damage to the DNA within a cell. Which is why non-ionising radiation is so unlikely to pose a cancer risk.

But, as I mentioned before, it isn’t as cut and dried as all that.

It is widely accepted that low frequency fields that are too weak to cause significant heating could not possibly have any biological effect.

Contrary to this statement, though, there is other research that raises questions:

[* RF is the Radio Frequency range of the Electromagnetic Spectrum. The bit that contains 5G and its ilk]

There have been a couple of rodent studies that exposed rats and mice to high amounts of non-ionising radiation, for massively extended periods of time. The results showed that the male rodents got more of a rare type of heart cancer. One of the studies also showed a possible increase in brain and adrenal cancers.

It should be remembered that rats and mice, are not humans. And the reason that this is important is that non-ionising radiation only has the energy to penetrate through tissue to a certain distance. So, while this radiation could reach the hearts and brains in rats and mice, it certainly couldn’t do so in humans.

And this is reflected in studies on people:

Studies of people who may have been exposed to RF radiation at their jobs (such as people who work around or with radar equipment, those who service communication antennae, and radio operators) have found no clear increase in cancer risk.

So, after all that, what are we left with?

Surely these can’t be the only source of all the fears surrounding 5G. These, taken on their own, can’t be enough to make people think that 5G is likely to cause cancer…

So, what else is there?

It could all stem back to a graph made by Dr Bill P Curry, in 2000. This graph shows a clear correlation between: increasing levels of damage to brain tissue, and; higher frequencies of RF radiation:

This is very much alarming, no doubt about it.

However, the key thing to this is: the tests were conducted on brain tissue in a petri dish.

As such, it doesn’t take into account the reality of the situation. The RF radiation, at these frequencies, can’t get at your brain tissue, what with all that skin and bone being in the way.

Which means that this research, while potentially completely accurate, is also equally irrelevant. It doesn’t matter how much of each type of radiation that your brain can absorb, if your brain never gets the opportunity to do so.

It’s like me worrying about which, out of Tigers, Lions, Leopards and Jaguars, would maul me the worst, should I step outside. But I live in Britain, where the largest wild cat we have is this:

While it might look like a domestic tabby, what with it being the same size as a domestic tabby, this cat is wild. By which I mean, it can’t be domesticated, even if you start trying when they’re very young kittens. It’s not called a Wildcat for nothing…!

Essentially, it doesn’t matter which frequency of RF radiation does the most damage to your brain, if your brain is never going to experience RF radiation.

None of which has stopped campaigners, like Dr David O Carpenter, from citing Dr Curry’s graph as part of their objections to 5G. Not that Dr Carpenter is alone, there are plenty of knowledgeable people who have genuine concerns over the possibility that 5G could cause cancer. The reality is, though, that the vast majority of knowledgeable people are convinced that 5G cannot cause cancer.

And, make no bones about it, those who are convinced that 5G is safe, are putting their money where their mouth is. These people are going to be just as exposed as everyone else. If they’re wrong, they’ll be getting just as much cancer as the rest of us…

But they’re not wrong.

Microwave radiation has a thermal effect: it generates heat in the objects through which it passes. And, of course, this effect is being monitored and studied:

“The maximum radio frequency level that someone in the community could be exposed to from 5G (or any other signals in general community areas) is so small that no temperature rise has been observed to date.”

The simple fact is that people freak out over every new technology. We have all the way back to the invention of the railway, and probably further. 5G is no different.

But, can 5G towers or signals cause cancer?