PrevPreviousTrapped With 2 Bored Teenagers In Lockdown
NextWhy I Still Love Calvin and Hobbes.Next 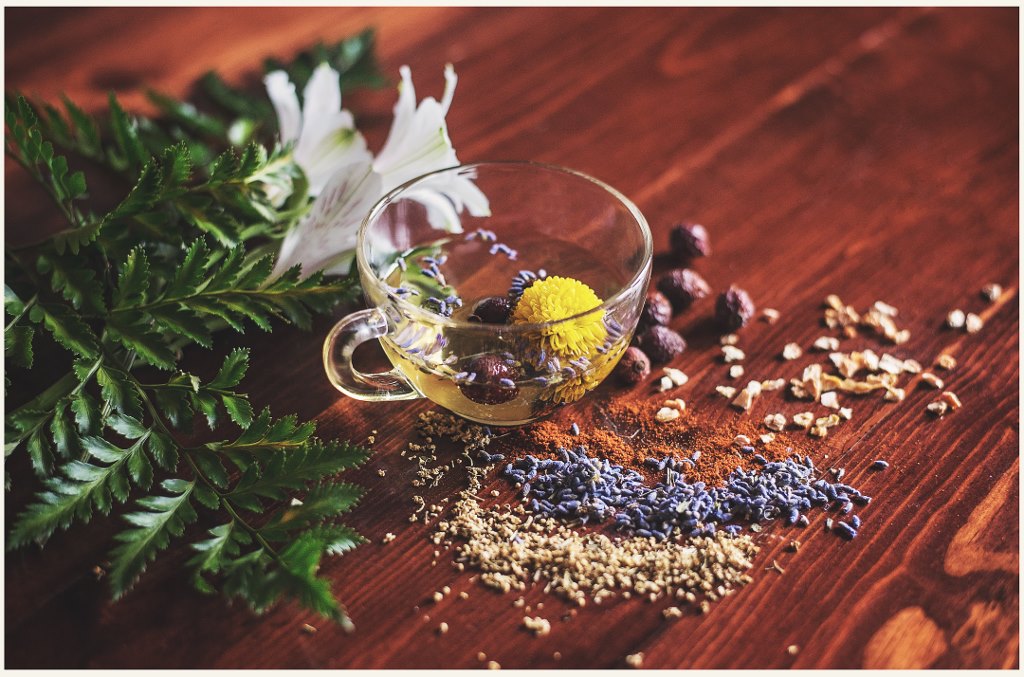 Over my years of coping and living with cancer, I have been recommended a surprising array of things to try to help with the illness. These suggestions have come from a variety of sources: social media, Quora and in person. Of these recommendations, one of the most common is Ayurveda. So, can Ayurveda cure cancer?

Naturally, before we can consider whether Ayurveda can cure cancer, we need to establish exactly what Ayurveda is. I mean, is it a form of:

It’s all of these, and more.

To quote the Wikipedia page, “Ayurveda is a system of medicine with historical roots in the Indian subcontinent.“

The word ‘Ayurveda’ is derived from the Sanskrit words meaning ‘life’ and ‘knowledge’. In context, Ayurveda indicates longevity in life, through knowledge. It is a whole system of medicine, and is defined on the Cancer Research UK site as follows:

Ayurvedic medicine can include:

advice on diet and special diets

An Ayurvedic practitioner might suggest any or all of these treatments. It will depend on your particular health problems.

All of which means, there’s a lot to unpack here…

As such, I’m going to be forced to simply touch on general principles, instead of trying to cover all the detail. Essentially, Ayurveda has been around for more than two thousand years, which means there is too much detail for this entire website, let alone just one little post.

And, I can already tell, this is going to be a problem if I end up concluding that Ayurveda cannot cure cancer. The depth and breadth of the subject means that adherents and advocates are always going to be able to point to some area that I haven’t considered. And they’ll be right, I haven’t.

As with all of these ‘Can it Cure Cancer’ posts, I’m doing the research I need to do to decide whether I think that I should try the ‘cure’ in question.

And, let me be very clear about this: I am terminally ill with bowel cancer. I really, really want these posts I do, to pan out. I want to do the research and find something that I can take. Something that will cure my cancer because, as it stands, I have two to three years left to live. As I type, I’ve done one round of a five-round course of SABR radiotherapy. I already feel sick, and my next treatment is on Tuesday 5th May.

So, you’d better believe that the reason that I’m researching these possible ‘cures’ for cancer, is because I want to find one that works…

Overall, though, the basis of Ayurveda is balance. This balance is obtained through moderation within a healthy lifestyle. And, frankly, I couldn’t agree with this more…

Balance in Ayurveda is based around the doshas, of which there are three. Perhaps the easiest way to think of the doshas is a three-way version of the Ying-Yang concept from Chinese philosophy. Ying and Yang are thought to represent such things as:

And I can certainly see that a third option can be considered to exist in all of these examples:

The three doshas tie into the five classical elements of bodily tissue. These, in turn interact with each other, and the environment, in a number of ways. An example of how all this ties together is the following, rather nice, diagram:

So, there are seven tissue types, grouped into the five elements, as represented by the five arms of the triangles in the diagram. This system does develop into a lot more sub-sections but that’s not really relevant here, just know that they exist. All of these systems and sub-systems are considered when using the eight diagnostic criteria, to diagnose illnesses:

Okay, so the terminology and the categorisation of the systems are different to Western Medicine but the approach is similar enough to be recognisable. Again, I’m not going to go into the diagnostic techniques because it’s just too much detail. Besides, it’s just a stepping stone to where I’m trying to get. Once more, you just need to know that clearly defined systems of diagnosis and treatment exist within Ayurveda. Besides, that’s not the question…

The question is, can these Ayurveda treatments cure cancer?

And, here, the consensus seems clear: no they can’t.

Don’t get me wrong, there are aspects of Ayurveda which have promising elements when it comes to cancer treatments. Of course there are… Ayurveda encompasses a huge range of treatments, and some of them show promise.

Let me try and put this into some meaningful form of context.

Ayurveda fills the same space as in the Indian sub-continent as Traditional Chinese Medicine does in China. Likewise with Bush Medicine in Australasia and the Traditional Native American Medicines of North America. There were even traditional European medicines, but no one in Europe seems interested in those…

I think the late, great Terry Pratchett said it best:

Wisdom is one of the few things that looks bigger the further away it is.

Anyway, my point with all this isn’t to try and diminish Ayurveda, because I don’t want to do that. From what I’ve read, I think Ayurveda is great. It involves a holistic approach that seeks to keep everything in balance through moderation of things like eating and exercise. What’s not to love? Seriously, it sounds like an amazing way to live your life…

Apart from the medicines.

To be fair, there are so many different plants involved in Ayurveda that many of them are still being studied by modern science. And I wouldn’t be at all surprised if some amazing medications were developed from the Ayurvedic plant base. But, as it stands, I am unaware of anything that Ayurvedic medications can do, that modern medications can’t also do, at least as well.

And this is certainly the case with cancer medications.

As the Cancer Research UK site puts it:

Ayurveda is an ancient Indian system of medicine. It uses a wide range of treatments and techniques. There is no reliable evidence to support its use as a treatment for cancer.

And Wikipedia not only has it as an ‘Alternative and Pseudo-Medicine‘, Ayurvedic medicine is also included in its ‘List of of Unproven and Disproven Cancer Treatments’.

None of which is to say that there aren’t aspects of Ayurveda that can help cancer patients, because there are.

As I’ve discussed before, there is a difference between an Alternative Cancer Therapy and a Complimentary Cancer Therapy. Alternative therapies are those used instead of the conventional treatments like surgery*, chemotherapy and radiotherapy. Complimentary therapies are used alongside conventional treatments and can improve the latter’s effectiveness.

* I would like to make clear that Ayurveda also has a strong tradition of surgical techniques.

In this instance, Ayurvedic medicines would be categorised as an Alternative medicine.

Just because these medicines of Ayurveda are plant based, doesn’t mean they’re not full of chemicals. In fact, that’s all they are! You take a given herbal remedy, because a chemical in the herb passes on to you and makes a change. Ideally for the better. Just because modern medicines are obviously chemical in nature, doesn’t mean the herbal options are any less chemical orientated…

Anyway, Ayurvedic medicine is an Alternative medicine because you can’t really take chemotherapy while you’re taking Ayurvedic medicine. There’s no telling how the two sets of chemicals will interact. There may be no interaction, in which case you’ll be fine. But as the Ayurveda is trying to do the same thing that the chemotherapy is trying to do, you’d expect there to do an interaction. In which case, there could be an overdose. And overdoses rarely end well.

But, outside of the medicine aspect, the rest of Ayurveda is complimentary to conventional treatments.

Overall, though, in terms of whether Ayurveda can cure cancer, sadly it cannot. The cancer charity sites are unanimous on this point. They all say that some aspects of Ayurveda, those listed above, are useful, but that Ayurvedic medicine has not been shown to be an effective cure. For other examples, see:

On the flip side, there are scientific papers out there that argue the case of Ayurveda as a cure for cancer. The ones I looked at seemed to be focused on inflammation, which I imagine is eminently treatable with Ayurveda. There is, however, a great deal more to cancer than inflammation.

The paper entitled Ayurveda and Cancer, included the line, “The main goal of Ayurvedic therapy is to find the ultimate cause of an illness.” In practice, though, this doesn’t matter with cancer. It doesn’t matter why it’s there, what matters is that it is there. And it needs to be dealt with. And, sure, it can be worth investigating after the event. For example, is there an external source that is triggering the cancer? Like a uranium deposit, say? But, it doesn’t really matter what the source is: if it’s external, Ayurveda can’t help anyway.

And it’s certainly true that obesity has been linked to 13 different types of cancer. But it’s equally true that there are more than 100 types of cancer in total. And, while I accept that Ayurveda has traditionally been able to treat inflammation, that is not hugely relevant to the topic in hand. The paper then goes on to say:

Ayurveda does not consider cancer as a distinct disease or set of diseases. Rather, ayurveda states that all diseases result from gross, systemic imbalances and malfunctions of the three Doshas.

And it was at this point that I tapped out. According to this paper, Ayurveda has completely missed the point of cancer. And, in conjunction with everything else I’ve read, just reiterates that there are no answers for me in Ayurvedic medicine.

I am utterly convinced that Ayurveda cannot cure my cancer. That it cannot cure any cancer.

But aspects of Ayurveda could help me, and others, get through the conventional cancer treatments, if I was so inclined. Healthy diet, exercise, meditation. All sound good. Massage, not so much, because: no touchy!

I think the best article I found to summarise the concept of Ayurveda as a cancer cure is called: This is How One Yogi Doctor Used Ayurveda to Treat His Own Cancer. It’s from the Yoga Journal and I know it’s evidence from personal experience, which exists right at the base of the evidence pyramid, but it’s interesting nonetheless.

The article details the experiences of Dr McCall’s trip to India to see an Ayurveda doctor. Dr McCall has cancer in the lymph nodes of his neck, and Krishna is massaging the region:

“I’m not expecting Ayurveda to cure my cancer,” I tell Krishna. He seems relieved. “I just want to get as rested and balanced as I can be before I undergo the heavy-duty treatments.”

And that, ladies and gentlemen, is how you use Ayurveda to help you with your cancer. Ayurveda can’t cure your cancer but that doesn’t mean it can’t help, if you’re of the right mindset.

PrevPreviousTrapped With 2 Bored Teenagers In Lockdown
NextWhy I Still Love Calvin and Hobbes.Next