Can Genetically Modified Foods Cause Cancer?

PrevPreviousHow To Get Extra UCAS Points For University
NextWhat Does Arthritis in my Knee Mean for Hockey?Next 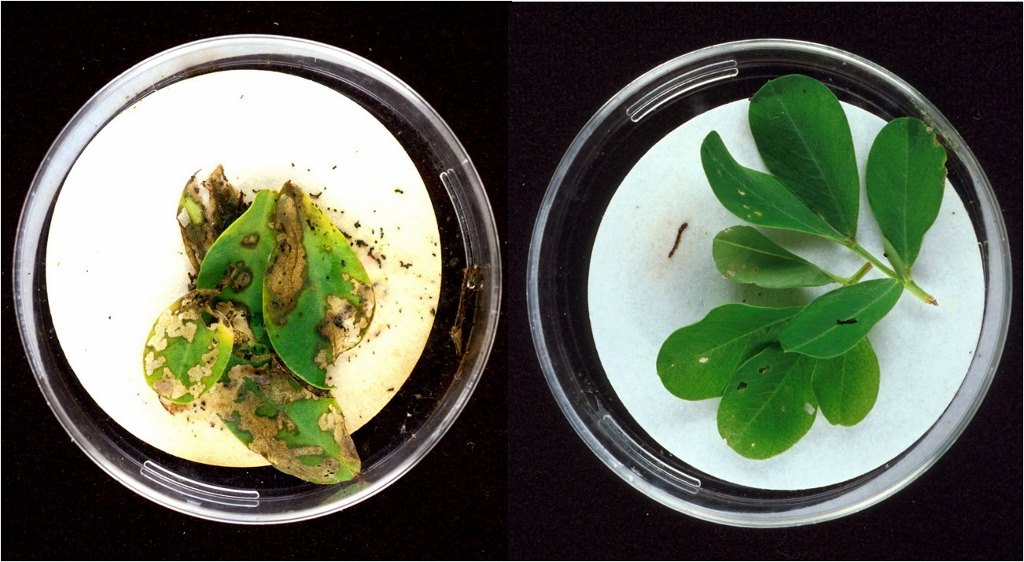 Genetically modified foods have been around for quite a while now. Since 1994, in fact, when the the Flavr Savr tomato was introduced. The idea of the Flavr Savr tomato was that, once it ripened it would stay firmer for longer, thereby increasing transport options and shelf life. But, by 1997, the Flavr Savr was gone from the shelves. And not just because of it’s name! No, there were also concerns about the impact of this type of food on health, including whether genetically modified foods could cause cancer.

This all changed in 1998, when Árpád Pusztai, a protein scientist, went public with unpublished research that genetically modified potatoes were harmful to rats.

Pusztai claimed that the genetically modified potatoes had stunted growth and repressed the rats’ immune systems while thickening their gut mucosa.

As a result of his announcement, Pusztai lost his job. Primarily for announcing observations before the end of the study. And, more importantly, before said study had been peer reviewed. Such things are important in science.

Pusztai’s research was eventually published in The Lancet, by co-author and collaborator in the research, Stanley Ewen. The published findings said nothing of ‘stunted growth’ or ‘repressed immune systems’. The findings only reported significant differences in the thickness of the gut epithelium of the rats. Ewens also suggested, “that the cauliflower mosaic virus used as a promoter could likely be the cause of the observed changes.”

The work was then peer-reviewed by six reviewers:

Four reviewers found it acceptable after revisions. A fifth thought it was flawed, but wanted it published “to avoid suspicions of a conspiracy against Pusztai and to give colleagues a chance to see the data for themselves”. The sixth, John Pickett of the Institute of Arable Crops Research, also said it was flawed.

And so, a conspiracy theory was born…

So it should come as no surprise that, following all this, the tomato paste with withdrawn. Largely because some of the supermarkets pledged: none of their house brand products would contain genetically modified ingredients.

All of which fed into the idea, from conspiracy theorists, that the truth was being buried. Needless to say, however, proponents of such conspiracy theories are not impressed by the simple reality that:

There is a scientific consensus that currently available food derived from GM crops poses no greater risk to human health than conventional food.

To be fair, though, gene modification and genetically modified foods does sound concerning. It’s new science. It’s new technology… Do they even know what they’re doing? How do we know that we’re safe?!

However, it hasn’t all been plain sailing. For a start, there have been issues with gene flow. Which is to say, that there are reports of genetically modified crop transgenes being found in surrounding crop populations. Not that this has resulted in any noted detriments to the environment. But it shouldn’t be happening.

Most importantly for this post, though, is the worry that transgenes could transfer to human cells. Because, once things start interfering with cells, the risk of cancer is introduced. If transgenes from genetically modified foods can get into human cells, then cancer is a legitimate concern.

And then, in 2012, the concerns that genetically modified foods could cause cancer became real…

In September 2012, Food and Chemical Toxicology published a study by the molecular biologist Gilles-Éric Séralini. The study reported an increase in tumors among rats fed genetically modified corn and the herbicide RoundUp. The implication being that genetically modified foods could cause cancer in rats.

The validity of the report was quickly challenged. Not least because the type of rat used for the studies is famous for developing tumours in older age. Again, though, the way in which the media and scientific community responded to the report and its author, had the look of a witch hunt…

Well, it did if you were looking for something to play into your conspiracy theory.

For everyone else, it just looked like a poorly conducted study, which was appropriately challenged. To see an example of a scientific rebuttal to Séralini’s study, see HERE.

And, in what should have been an end of the matter, the International Agency for Research on Cancer, said that the study:

was inadequate for evaluation because the number of animals per group was small, the histopathological description of tumours was poor, and incidences of tumours for individual animals were not provided.

So, as far as the IARC is concerned, the Séralini study does not show that genetically modified foods can cause cancer. And the IARC is worth listening to. After all, it is the body specifically set up by the World Health Organisation to look into such things.

And the IARC is very far from alone…

Cancer Research UK states, “There’s no reliable evidence to suggest genetically modified (GM) foods cause cancer.” The page then goes on to point out:

In the US, where GM foods are more common, we haven’t seen more cases of cancer linked to their introduction in the 1990s.

Other sites which conclude that genetically modified foods do not cause cancer, include:

Fine, so genetically modified foods might not cause cancer, but why do they even need to exist? If there is any level of risk involved, why is anyone messing around with the genetics of foodstuffs in the first place?

Well, a number of reasons…

Organisms can be genetically modified to be:

And, while there are genuine issues surrounding genetically modified foods, food safety in those on the market is not one of them.

There should, for example, be debate about whether it is ethical for a company to own the patent for a crop. Or an animal. And where that might lead…

Likewise, it does no harm to consider whether the holders of such patents have the potential to become a monopoly, down the line. And, if such monopolies do form, there should be no hesitation to use the laws that are already in place to break them up.

But, always keep in mind that, when it comes to food safety, and as I quoted above:

And those who refuse to accept this scientific consensus, and choose instead to prevent the use of genetically modified foods, should really understand that they are doing harm…

This is absolutely cause and effect.

Likewise, with the bans on drought resistant genetically modified crops. These bans mean that countries which do not have enough rainfall to grow normal crops, are unable to sell the genetically modified produce which they can grow. Whole populations remain in poverty simply because people refuse to accept the scientific consensus.

And then there’s Golden Rice. This is variety of rice that has been genetically modified to combat vitamin A deficiency. The Golden Rice 2 version, in particular, has been shown to provide people, particularly children, with enough vitamin A to keep them healthy.

And why is this important?

Because, every year, vitamin A deficiency:

is estimated to kill 670,000 children under the age of 5 and cause an additional 500,000 cases of irreversible childhood blindness.

I mean, that sounds like something that is worth preventing, if possible.

Greenpeace opposes the use of any patented genetically modified organisms in agriculture and opposes the cultivation of golden rice, claiming it will open the door to more widespread use of GMOs.

I wonder how many times phrases like, ‘acceptable losses’ and ‘collateral damage’ were used to come up with that decision?!

Hmmmm, I seem to have become somewhat sidetracked…

Okay, in answer to the question as to whether genetically modified foods can cause cancer: No. Definitely not.

To the broader question of whether genetically modified foods are safe to eat: Yes. There is clear scientific consensus on this.

I think that what frustrates me most about the GM conspiracy theory, is how closely it parallels the Anti-Vaxxer equivalent.

Particularly given the rise of COVID deniers…

Maybe it’s just because I’m getting older but, in some areas, it seems like things are getting worse, not better…!

PrevPreviousHow To Get Extra UCAS Points For University
NextWhat Does Arthritis in my Knee Mean for Hockey?Next