Can Indoor Tanning Cause Cancer? 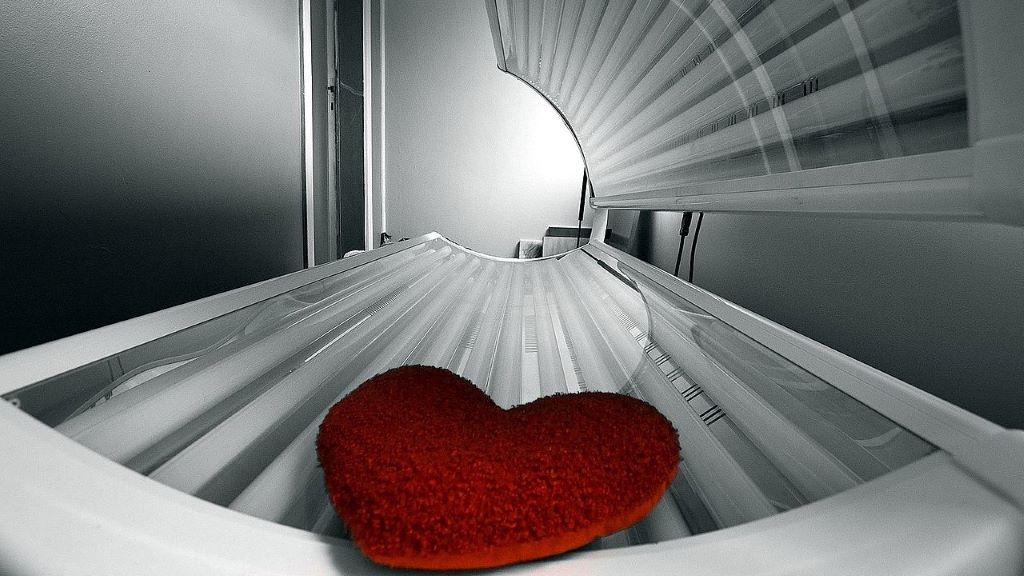 Back in May 2020, I asked whether the Sun could cause cancer. The answer to which was a resounding yes. The Sun can absolutely cause cancer, in particular skin cancers. And, as it turned out, skin cancers make up 40% of all the cancer cases in the World. But exposing your skin to the Sun isn’t the same as using indoor tanning. Tanning in the Sun involves so many variables, it’s difficult to make safe. But indoor tanning is a controlled environment. So, surely indoor tanning can’t cause cancer…?!

The mechanisms in which Sun causes cancer are well known: it’s the light! But Sunlight contains more than just visible light, there are also elements of Infrared (IR) and Ultraviolet (UV).

Ionising radiation, on the other hand, can be very dangerous to humans. It’s this type of radiation that is used in X-Ray machines and CT scanners, which is why individual patients get a controlled number of these procedures. Ionising radiation is also the stuff that does all the damage after a nuclear warhead goes off, or a reactor melts down. If you want to get an idea of what an extreme dose of ionising radiation can do to you, watch the Chernobyl miniseries…

And Sunlight contains an element of ionising radiation, in the form of UV light. Not that I’m saying that this level of ionising radiation will cause Chernobyl levels of damage. Far from it. But the UV light from the Sun can certainly damage the DNA in your skin, potentially causing cancers in the process.

But, all that’s just talking about Sunlight, not the light from indoor tanning equipment.

And if everyone knows that it’s the UV element of Sunlight that causes the cancer, then just keep that type of light out of indoor tanning, and you can’t go wrong. Essentially, if indoor tanning avoids UV light altogether, then there’s no way it can cause cancer.

Which leads to the obvious question: has indoor tanning made sure it doesn’t use UV light?

The answer, of course, is no. In fact, you can see this in the diagram below (tanning booth):

In truth, indoor tanning utilises a lot of UV light…!

The reason for this is obvious: it’s the UV light that causes the skin to tan. And indoor tanning where no tanning occurs, kinda defeats the object of the exercise.

The good news is that indoor tanning does not utilise any of the most dangerous kind of UV light: UVC. In fact, there’s not much in the way of UVB, the next most dangerous wavelength, either. About 5% of the Sun’s UV light is in the UVB range, and many indoor tanning options look to replicate this. And some products actually keep the UVB levels below 5%, making the resulting light potentially less harmful than the Sun.

And certainly a lot more controlled…

All of which would tend to indicate that indoor tanning should not cause cancer.

In my post about the Sun causing cancer, I wrote the following:

Frankly, the Sun causes a lot of cancer. Skin Cancer makes up 40% of all the cancers in the World. And 90% of skin cancers are caused by the Sun. This means that 36% of the total cancer cases in the World, right now, are directly attributable to the Sun. More than a third…!

Not least because the International Agency for Research on Cancer (IARC) classes Ultraviolet-emitting tanning devices, as a Group 1 carcinogen. Group 1 being defined as:

“Carcinogenic to humans” There is enough evidence to conclude that it can cause cancer in humans.

Which is why commercial indoor tanning is age restricted in a lot of countries, including the UK. And it’s outright banned in some places, like Brazil and Australia (except the Northern Territory). Private ownership of indoor tanning beds is still allowed in Australia though.

As such, it seems clear that it is widely known that indoor tanning can cause cancer. So who on Earth would be paying people to increase their cancer risk?!

Almost all studies have found a higher prevalence among women and girls than men and boys. An indoor tanner is likely to be a white female, 16–25 years old, with low-to-moderate skin sensitivity, who knows other tanners… Tanning bed use is more prevalent in northern countries.

Sorry, just got side-tracked looking at White Girl Problem memes for a while…

Anyway, now we know the who, and the where, we just need to consider the why.

Well, there seem to be a number of reasons why someone might want to use indoor tanning:

Of these, it is the improving appearance aspect that is the most often given reason for using indoor tanning:

Studies show that tanned skin has semiotic power, signifying health, beauty, youth and the ability to seduce. Women, in particular, say not only that they prefer their appearance with tanned skin, but that they receive the same message from friends and family, especially from other women. They believe tanned skin makes them look thinner and more toned.

Just to be clear, this is not an absolute risk. This is just a comparative risk.

To put this into context, there are around 16,000 cases of Melanoma in the UK each year. In a population of 66 million. And, to put it into even more context:

It’s that ‘preventable cases’ statistic that I want to highlight… Of the 2,333 melanoma deaths each year in the UK, 2,006 of them were avoidable. And, as 10% of skin cancer cases aren’t attributable to the Sun, this means that 200 of these deaths are attributable to indoor tanning.

What, just so you can look good in your 20s?

Because indoor tanning certainly won’t be helping you look good in later life… Exposure to UV radiation is associated with: skin aging; wrinkle production; liver spots; loss of skin elasticity, and; erythema (reddening of the skin).

And, sure, there are other reasons to use indoor tanning, I get that. But, just so we’re clear, vitamin D is not one of them. You can get all the vitamin D you need from supplements. In fact I take a vitamin D3 supplement myself, not least because doing so can reduce the risk of bowel cancer recurrences.

On the other hand, certain skin conditions can benefit from UV light treatments. Some examples are keratosis, psoriasis and eczema. Which means that patients with these conditions have a medical reason to use indoor tanning.

But for those of us without such medical reasons, is there any good reason to use indoor tanning?

The endorphin lift that tanning can give you is also known as, the runner’s high. So, you could go running instead of to a tanning booth…! Especially if you’re wanting to look “thinner and more toned”. Win, win.

And indoor tanning isn’t really safer than sunbathing. After all, you’re getting the exact same mix of light. You’re just getting it in a matter of minutes, instead of over the course of hours. And at a much higher dose…

Which is why plenty of people have got ‘sunburn’ from indoor tanning solutions. In fact, around 50% of users have reported getting burned at some point. Burning, of course, is when damage has definitely occurred.

As for making you feel better about the way you look, well, I’m the last person to offer an opinion about that. I’d say that I gave up worrying about my looks years ago, but I’m not sure I ever started!

That said, it is my understanding that tans come in spray form as well. And, to the best of my knowledge, spray tans don’t result in 200 avoidable deaths each year…

And while I have every confidence that a spray tan isn’t the same as the one you’d get from indoor tanning, is the difference really worth the risk of skin cancer?

Answers on a postcard, please.

Or, you know; in the comments section…