Life After Bowel Cancer And Its Challenges 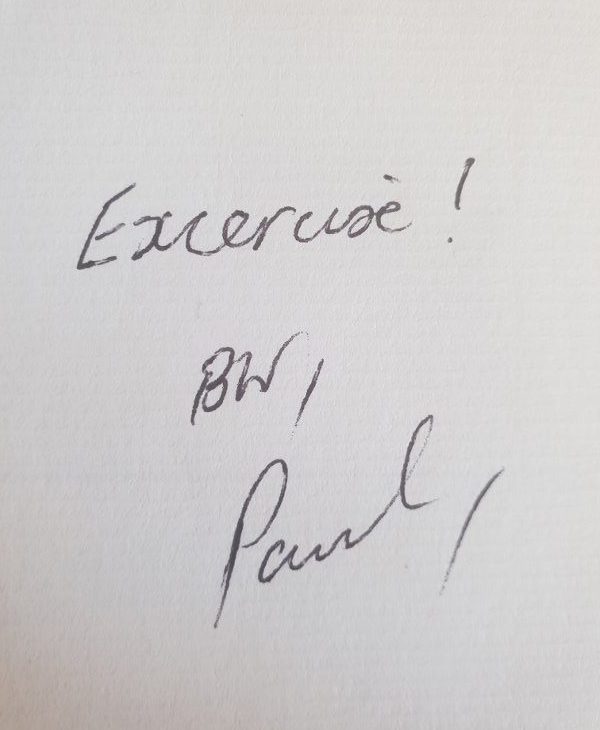 Life after bowel cancer starts the minute you’re given the all clear. In my case, I was told that I was ‘Cancer Free’ in April 2015. This is very, very different from being told that you’re ‘Cured’, which I doubt happens very much at all. It’s also very far from being in ‘Remission’, certainly in terms of the time involved.

But while life after bowel cancer may begin with the news you’re cancer free, you’re not free of cancer’s hold over you. At the very least, you can expect regular scans of the effected areas. The frequency of these scans can vary, but mine started at three-monthly intervals. After a couple of these, they will drop to six-monthly intervals and, in time, to annual scans. Which are likely to continue for life.

These scans, or at least the wait for the results, get easier with time but always retain some element of stress and nervousness. Or so I’m told. In the three and a half years since I was first told I was cancer free, I’ve only managed to get up to the dizzy heights of six-monthly scan intervals on one occasion. The need for ongoing three-monthly scans is not a good sign. It leads to a reasonably high background level of stress and anxiety.

Not, of course, that I’d stopped there. In the months after I was told I was cancer free, I sank into a depression that took a couple of years to shift. My life after bowel cancer had not started well! But even without the presence of actual depression, the Scanxiety you get every three months is a repeated reminder that life after bowel cancer shouldn’t be taken for granted.

In addition to the scans, I was still taking medication related to the cancer. I was taking blood thinners, after my festive trip to the hospital for, what turned out to be, a bilateral pulmonary embolism (PE). This was because a Deep Vein Thrombosis (DVT) had broken off in my leg and blocked up the arteries in my lungs. Best New Year’s Eve ever!

This was initially Clexane, while I was still on Chemotherapy. But life after bowel cancer, I was able to switch to the tablet form of Rivaroxaban, Which did the same thing but without all the bruises that went with the Clexane injections.

And, to be fair the DVT and PE were related to the inactivity forced upon me be the second half of my chemotherapy treatments. Once life after bowel cancer had begun, I was actively trying to lose weight and regain my fitness. I’m not sure why I had to stay on blood thinners so long, but I was told to, so I did. Besides, they paired nicely with the Citalopram I was taking for my depression.

In addition to the ongoing scans and medication, life after bowel cancer, for me, also included the presence of a colostomy bag. I think this is an increasingly rare occurrence, and I’ve written about it in some detail before, so I won’t dwell on it here. But it does reiterate the point that, just because you’ve been told that you’re cancer free, doesn’t mean that you’re free of cancer’s hold over your life.

Indeed, the whole point of all these scans is to watch out for that most unwelcome of guest, the recurrence. Basically, a recurrence happens when your cancer comes back. Recurrences usually happen within the first couple of years. They mainly take the form of a metastasis that was too small to be ‘seen’ during the initial treatments. The metastasis then survived the chemo, and grew to a size big enough to be identified on a scan. Life after bowel cancer ends with a recurrence, because the bowel cancer is back.

My first scans after I was told I was cancer free were on June 15th. They were going to be used to determine whether I was okay to have my stoma reversal surgery, to get rid of my colostomy bag.

And the scan results revealed… no new cancer. Yay!

They did, however, reveal an area of concern around where my liver surgery had taken place the previous year. Which might be cancer…

I, for my part, had no interest in not knowing for sure. So, backed by a private health insurance, I put my foot down. This was recorded by the surgeon in Bristol thusly:

“I offered Mr Lewis follow-up scanning of the same modality to see if there has been any change but he is not very keen on waiting and having uncertainty.”

Damn right he’s not! Or wasn’t… whatever…

“He would rather know as soon as possible and he was keen on having laparoscopic examination of the liver with ultrasound scan and if necessary biopsies.”

To put this into a bit of context, I was struggling quite badly with depression at the time. Therapy had confirmed that one of the things that really gets me down is ongoing uncertainty. I’m very sure that I’m not alone in this regard.

Put quite frankly: I wasn’t willing to dick around with this again. Life after bowel cancer was proving challenging enough as it was.

So I saw the liver surgeon in Bristol at the end of June and ended up getting my laparoscopic examination on 14th July.

The surgery went as quickly and easily as these things can. The surgeon spoke to me afterwards and said that, as he’d expected, it was just post-surgical collections. But that he’d also taken a couple of biopsies as well… Which didn’t sound as cut and dried as I’d hoped.

Fortunately, the wait for the follow-up was relatively short. A week later, I was back up in his office. The results of the biopsies were negative. It was definitely just post-operative collections. If the Citalopram had allowed me to, I’d definitely have felt relief at that point. As it was, I just nodded and thanked him.

The other interesting thing about the meeting was the air of vindication. I don’t think the liver surgeon liked having his work or his expertise brought into question. Having proof that he was right all along, I’m sure, made his day. It made mine, too, so I could hardly begrudge him that. I like to think that he phoned the bowel surgeon in Taunton and was quite smug about it. He probably didn’t, but I like to think that’s how it played out.

They are both, incidentally, excellent surgeons, and I feel I’ve been very lucky in that regard.

So with confirmation that my liver was cancer free and the promise of a stoma reversal just around the corner, it was time to hit the diet.

My next scheduled scan was a CT Scan and it was booked for the 23rd September. At the same time that the scan was being booked in, I was receiving calls to discuss dates for the reversal surgery. The 6th and the 13th October looked favourite.

I already had a meeting booked with the bowel surgeon on the 1st October, both to act as a review to all the liver stuff and to finalise the plans for the reversal. The notes from this review read as follows:

“His most recent CT scan performed last week has shown a slightly abnormal area, however I think this is a recurring theme with him and he has recently had a laparoscopy and biopsied and all is well. I think psychologically he needs to be rid of his colostomy as well.”

So, we agreed that it was probably nothing and I was told that I should probably expect an ileostomy bag, but that it’d only be there for a couple of weeks. It was also noted that I’d been due a colonoscopy at the beginning of September and that it would be arranged after the reversal surgery was done. Technically, this is exactly what happened; because September 2017, when I actually had it, was after that surgery.

And so, the reversal surgery was booked for Tuesday 6th October. I had to report to the Parkside, which is the private wing of Musgrove Park Hospital, at 7:30am and should expect a stay of five nights.

I would need to take Moviprep the night before the operation, to completely clear down my digestive system. Something that was going to be made so much more interesting by the presence of my stoma. To make that work, I was going to have to switch to the irrigation technique and sit by the toilet, with an elephant trunk in place, until the worst of the onslaught was over.

I was just about to make up the first batch of Moviprep, at about 5pm on Monday the 5th, when I had a call from the bowel surgeon. He said that the liver surgeon, in Bristol, had now had a chance to see the CT scan and was recommending an MRI scan in case it was a metastasis; a recurrence.

The bowel surgeon explained that we could still go ahead with the reversal surgery if I wished. Even if the abnormal area in my liver did turn out to be a recurrence, it’s take at least a week for a date for an MRI to come through, and I’d be okay to take it by then. And even if the MRI scan did show a metastasis, the reversal surgery would only delay any potential liver surgery by a couple of weeks.

It was entirely up to me…

My decision, and what follows, will form the basis of my next post.

For me, life after bowel cancer started with me being told that I was cancer free. Before that point, I’d been Coping with Cancer. That announcement, however, saw the end of that phase of my life and the start of a new one. The one that I’m in now; where I’m Living with Cancer.

How I’m going to blog about this ongoing Living with Cancer phase, I’m not yet sure. A lot of things have happened to me, which I can recount in date order. But things are still happening. I have scans on Thursday and get the results on the 24th.

These results may well decide what the third phase of the trilogy gets called, out of:

So my decision is whether to intersperse my historical recounting with ‘live reports’, so to speak, or to leave current events until I catch up to the present date. Any suggestions on this matter would be greatly appreciated, although the results from that meeting may well decide for me.

Something that’s always worth remembering is that; just because all this stuff happened to me, doesn’t mean it will to anyone else. But even if it does all happen: I’m still here. So you will be too.

2 thoughts on “Life After Bowel Cancer And Its Challenges”