PrevPreviousWhat Is The Correct Hill Walking Etiquette?
NextExplaining Feminism To Your Teenage DaughtersNext 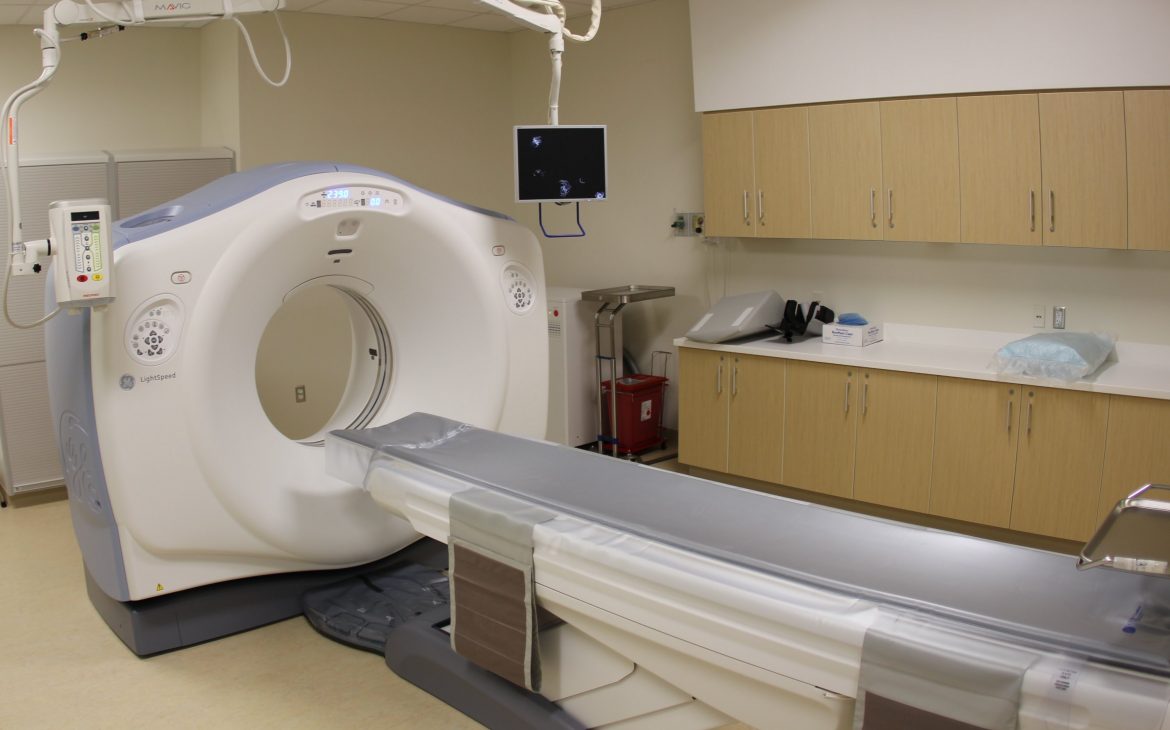 In the UK, there is a public health service, known as the National Health Service (NHS), which provides comprehensive, universal health care, that is free at the point of delivery. Running alongside this is a private health care sector, mainly driven by insurance claims. So, when cancer struck in 2014, the decision I’d made the previous year meant I found myself having to choose between private or NHS care for my bowel cancer treatment.

The process of how I found myself choosing private or NHS care is fairly convoluted, and started about a decade earlier…

When my dad was 56, he was diagnosed with bowel cancer. He caught it early and, after surgery, didn’t need any follow up treatments like chemotherapy or radiotherapy, although he did have an ileostomy bag for a while. To dad’s recollection, his mother, my paternal grandmother, Violet, also had bowel cancer. In her case it was diagnosed in her late 50s and they caught it too late to do anything about it.

Dad, however, has since remained cancer free, fit and healthy. In fact, he’s off to cycle the length of France next month. Again! I went with him last year but haven’t had a chance to train this year, what with all my recent surgeries. So he’s going on his own. That’s how recovered from cancer he is. Recurrences willing, I’ll go with him next year. For me, however, recurrences have a way of, well… recurring!

Bowel cancer is known to have a heredity aspect to it, which, as you can imagine, was a little disconcerting to my brothers and me. Especially for me as, in November 2004, and approaching my 35th birthday, I was a father myself and had my daughters to think of.

It was at this time that I decided to bite the bullet and get a colonoscopy. I approached my GP with the idea, and was told it didn’t work like that. He said that I couldn’t just have a colonoscopy because I felt like it, I needed a damn good reason. I mentioned my dad and grandmother and was referred to the Clinical Genetics Department at the local hospital.

Shortly thereafter, I was sent a form to fill in, which sought to establish why I was seeking additional screening and my justification for doing so. This latter was, effectively, asking for a family medical history for them to check. I filled it in and returned it. I then had a meeting with a Genetic Nurse Counsellor at the hospital; they would investigate…

A couple of weeks later, I got the results of the investigation. Violet, it seems had ‘carcinoma of the cervix’, not bowel cancer. As such, ‘we would now assess your risks as being low of developing colon cancer’. They told me to watch out for:

Long story, short; no colonoscopy for me!

Which, considering how events panned out, is a bit of a shame. Colonoscopies at 35 and 40 would have really made a difference to my current situation.

Fast forward to 2013 and we’re moving house. The advice we were given for our mortgage insurance was to include critical illness cover. Which both Julie and I initially scoffed at. Critical illness cover cost more money, and what was the point?! We were both in our early 40s and fit and healthy.

But then we got to thinking. And doubt started creeping in. We both had spent years working in the asbestos industry, at G & L Consultancy Ltd. And, in the intervening time, other relatives of ours had been diagnosed with cancer. So, in the end, we took out the critical illness cover. A decision that, almost exactly a year later, offered something of a silver lining to an otherwise awful situation.

Having decided to take out the critical illness cover our mind turned back to dad’s cancer. Dad recounted that, at the time of his surgery, the consultant had told him that the tumour looked hereditary. I don’t know if it’s plausible for a surgeon to tell whether a cancer is hereditary or not. But I do know that the human genome is a long way from being fully mapped. Which makes me think that there’s a very real chance that other markers are going to be found in the DNA of tumours that identify them as hereditary. This is why I’ve remained dubious about the effectiveness of the Clinical Genetics Department; I don’t think they have all the information.

It certainly made Julie and me dubious enough to decide to take out private medical care at the same time we took out the critical illness cover. Cancer seemed increasingly likely in one of us. Besides, the girls were fast approaching their teenage years, and the cover would protect them too. So we took out some cover.

About a year later, I was sitting in a meeting with a consultant, being told that I had bowel cancer. I was then able, in return, to tell him that I had private health care, in case that was useful, and asked whether private or NHS care would be better.

He told he that it wasn’t, and to stick with the NHS.

You see, the NHS is awesome. When someone presents with cancer, they’re dealt with immediately.

In theory, going through the private system might have shaved a day off the wait for scans, here and there, but then the medical records would be all over the place. That would have made things worse, not better. Far more sensible to let the NHS do their thing.

So, I took the advice of the NHS consultant and accepted that, for the moment at least, in my choice of private or NHS care, the NHS was the way forward. This, however, changed when we got to the surgeries. I decided to go private for the surgeries, not for the surgery itself, but for the recovery thereafter. Because I’d spent enough years in the Territorial Army to know that I don’t like sleeping in barracks. I figured wards would be very similar, so a private room was too much of a temptation. Where surgeries were concerned, private or NHS care wasn’t even a choice, it was private all the way.

In terms of the personnel involved, they would be the same. My NHS consultant would be doing my bowel surgery. In fact, he’d be doing it in the NHS hospital. The only difference is that I’d be recovering in the private wing attached to the hospital. For the liver surgery I’d be in a private facility, but the consultant who would operate was also the NHS consultant I’d been up to see in Bristol. I’m not entirely sure how this system operates, but it seems to.

Outside of what I used it for, private health cover does offer additional services, although the exact nature of these services varies from provider to provider. In my case, for example, I could have had my chemotherapy treatments done privately.

Private care chemotherapy treatments involve a member of medical personnel coming to your home, with all the necessary equipment, and administering the medication there. They would also remain by your side during the whole process. In my instance, the nearest person able to offer that service lived in Bristol, meaning an hour commute each way.

Thankfully, my oncologist recommended that I stick with the NHS services offered by the Beacon Centre at my local hospital. This, again, was to allow her, the oncologist, to have easy access to all my records, as and when needed. If I’d gone private, who knows how easy my treatment notes would have been to access. As my hospital is only a couple of miles away, this was my preferred option anyway. In terms of private or NHS care for chemotherapy, the NHS was the clear winner.

Of course, by opting to have my treatment through the NHS, this meant that the insurance company didn’t have to pay out to have the nurse come down from Bristol and sit with me through my treatment. I thought they’d like that. They did!

In fact, they liked it so much, that there was a cashback reward. For every time I didn’t drag the nurse down from Bristol, but went to the Beacon Centre instead, they paid me some money. This was true of other things as well. If I opted to have surgeries on the NHS and then stayed on the NHS wards, they’d make refunds for that. Admittedly, though, the maximum number of chemotherapy sessions I could claim for, in any one year, was less than the minimum number you’d likely receive in a course of treatment. But, still; it was something.

And, although post-operative stays didn’t interest me, when I had stays in hospital resulting from cancer-related complications like: Pulmonary Embolism, from a DVT, or; rigors, from post-surgical collections, then they’d pay out for that. Likewise for certain procedures, like colonoscopies.

These payments weren’t huge amounts, but they were useful to put towards future premiums. Because the premiums have gone up. A lot!

Although, to be fair, if it wasn’t an insurance company, I’d have some sympathy here. I was only with them for a year before I started claiming. And I’ve been claiming quite heavily, on and off, for four years. But then it is an insurance company so; sod them! It’s nice to get your money’s worth for once.

The funny thing is that we got the private health care specifically to deal with the cancer that we were pretty sure was coming. Yet, when I was diagnosed with cancer, there was no choice of private or NHS care, there was only the NHS. Cancer is treated with such seriousness that everything is done as quickly as it possibly can. Scans are done in a matter of days or weeks. Chemotherapy and/or surgery follows as quickly as possible afterwards.

But having my own room after each surgery was nice. It was, though, no more restful, because the call buzzer never stops sounding, no matter what type of hospital you’re in. But it was nice to be on my own.

And, in terms of the paperwork and records getting lost between the private and NHS systems, that never happened. It seems that the lines of communication are open and well established. I think it helps that the majority of private medical personnel are also NHS personnel, and, so, they all know each other anyway. And so it works.

In my case, in choosing between between private and NHS care, I predominantly went with the NHS. The main reason for this was that it was what my consultant and oncologist recommended. The other significant factor is that I’m young, fit and mobile, with a good support network. This means getting to and from the hospital is no problem for me.

If, however, I was infirm, immobile or lacking in a support network, and faced with the choice of private or NHS, I’d choose private. Because, with private care, chemotherapy would come to me. And that would make my life so much easier, especially with all the nausea involved.

I think, when it comes to private or NHS care, I now accept that private care has its place. But the NHS still reigns supreme.

PrevPreviousWhat Is The Correct Hill Walking Etiquette?
NextExplaining Feminism To Your Teenage DaughtersNext