The Problems With Colostomy Bags 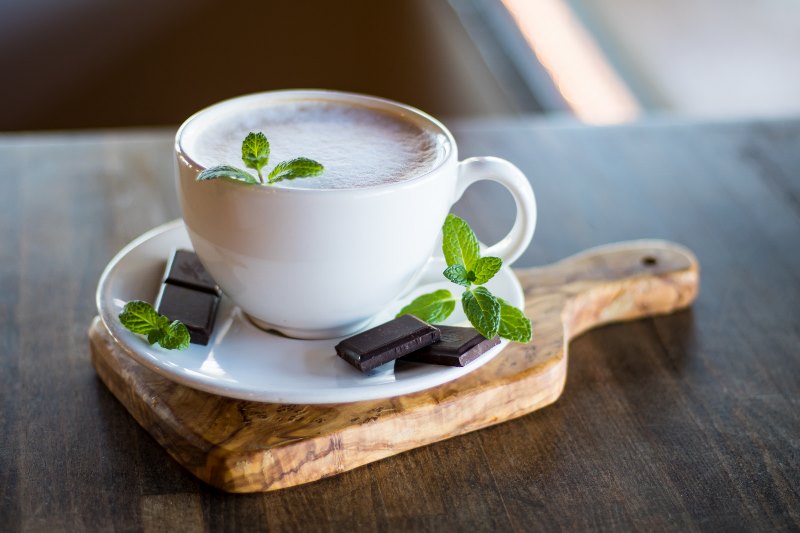 Having woken up with a colostomy bag, following bowel surgery to remove my primary tumour, and deciding that the bags were better than irrigation, it was just a case of living with my colostomy bag. It was during this time, however, that I started to understand the problems with colostomy bags.

You’d think that the first, and most obvious, of the problems with colostomy bags would be having a bag of poo glued to your belly all day. Strangely enough, this was not the case. Once I got used to it, when it was behaving itself, I largely forgot it was there.

Another obvious concern would relate to sleeping with a bag of poo glued to your belly. This one, admittedly, took a bit longer to accept, but the simple fact is; when you sleep, so does your stoma. It was very rare indeed to wake up with a bag that was noticeably more full than when I went to sleep.

Changing the bag is another of the things that you’d naturally assume would be one of the problems with colostomy bags. But, again, once I got used to it, this was a breeze. A lot of it depends on setting yourself up an area where you’ve got everything properly arranged to make the change. But, once you’ve got that, the normal, day to day changes are quick and easy.

Yep, for the vast majority of time, there really are no problems with colostomy bags. But when things go wrong, they can go very wrong indeed…

But I’ll try and do these in order of least to most problematic, so we’ll start off easy, with shaving.

The bag is attached to your body by means of an adhesive pad. For the bag to remain in place, the pad must have effective contact with your skin. This means that can’t be any hairs beneath the pad. In my case, this meant occasionally shaving the area. This needed to be done with a mirror and a disposable safety razor, to make sure you don’t nick the stoma. If you do nick it, it bleeds like crazy for a while and then settles down. Most important, though, is to not irritate the area you’re shaving, because you still need to keep sticking the colostomy bags in that area. Take your time and you’ll be fine.

Moving on, one of the most ever-present problems with colostomy bags is the issue of farting. For most people, this problem can be avoided by simply clenching the appropriate muscle. When you have a colostomy bag, it’s because you have a stoma. And a stoma doesn’t have that muscle. Or much in the way of nerve endings. This means that not only can you not stop a fart, you don’t know it’s coming.

Consequently, it can happen at any time, with no warning. If you’re in public, this can be a concern. If you’re in some sort of meeting, it can be damn right nerve-wracking.

You can control things, to some extent, by adjusting your diet and avoiding known trigger foods, such as:

On the flip side, some of the things you can eat to try and improve matters include:

In daily life, though, I found that the majority of the ‘fart’ noise was actually the plastic of the colostomy bag vibrating against the stoma. I worked out that I could control this, by pushing the bag against the stoma. Of course, because I never knew when it was coming, this meant keeping my hand resting over the stoma at most times. Wearing a hoodie helped. In a hoodie, with your hands in the pockets, the left hand is naturally in the right place to be called into action.

In terms of odours, this was not one of the problems with colostomy bags. The filters on the bags are very effective. In fact, if you can smell anything, it means that something else is going on and you should look into that immediately.

Which brings me on to pancaking. Ah, it sounds such an innocent, harmless word. Fun, almost. It’s not!

The colostomy bag is stuck to your body by means of an adhesive pad, as mentioned above. The pad is thin and flexible to enable it to best follow the contours of your body. It’s important that this thin, adhesive pad forms a complete, unbroken seal. Otherwise ‘stuff’ can get under it. If ‘stuff’ gets under the pad, it can slowly work its way out, which can result in a leak… or the bag falling off you. This process is known as pancaking. Pancaking is exactly zero fun.

If pancaking happens, it might mean you have the wrong type of colostomy bag, of which there are dozens. If you find yourself in this situation, you need to contact your stoma nurse and discuss your options. In my case, flat adhesive pads didn’t work, because my belly developed a concave shape around the stoma. This was because I was putting on weight and the stoma was anchored in place. My belly swelled around it, causing the concavity. It was solved by moving on to colostomy bags with convex shaped adhesive pads. After that I was fine.

Pancaking, or not, you will sometimes have to change your colostomy bag away from your prepared area at home. And this means changing on the fly, and this is certainly one of the problems with colostomy bags.

At home you’ve got everything where you want it. When you’re out and about, and need to make a change, you’ll have all the things you need to recreate this environment. Providing you can find somewhere suitable to do so. One of the things I was provided with, was a key to all public disabled toilets. This came in handy on more than one occasion.

Baby changing facilities will also do in an emergency, although that does carry the risk of being shouted at by an angry parent. In public toilets, a toilet stall will do, although it’s awkward; you have to set up on the cistern and straddle the bowl to make it work. But, sometimes, you’re faced with something like this:

I had to pay to get access to this cubicle!

Because of the position of my colostomy bag, I habitually wore a bum bag (fanny pack). At times like these, that was what I had to use to make the change. You need pockets:

At times like this, however, other things can go wrong. As I’ve mentioned before, there are no nerve ending in the stoma, so you can’t feel what’s happening. And it’s possible for more than air to escape without you noticing. As such, it’s worth carrying other things in your backpack, like:

Basically, an array of things to get yourself and, if necessary, your surroundings, clean again if you’re forced to make a change on the fly. It can happen, it happened to me. But, you shouldn’t let it worry you. You should, however, have taken steps to cope with the situation if it arises.

And then there’s hernias.

What is most definitely one of the problems with colostomy bags is the possibility of developing a hernia. Because of the way the stoma is created, a hernia is a very real risk. A hole is made, in your abdominal wall, through which the intestine is passed, to form the stoma. Under certain circumstances some more of your intestines can also pass through this hole, resulting in a hernia.

It is for this reason that you’re given an elasticated belt. This belt is to be worn during exercise in an effort to prevent you getting a hernia. The belt may not be as effective as you’d hope. I went in to see my doctor and had the following interaction:

Doctor: “Looks like you might have a hernia”. Gets up, comes and puts his hand under my stoma. “Cough,” he commands.

So, yes, the belt may not always be effective. But then, I did continue playing (field) hockey, so I was asking a lot of the belt. But the hernia didn’t make a huge amount of difference to my life. It just stretched my belly on the left side of the scar further than the other side. Fortunately, I’d already decided that the life of a model wasn’t for me.

But, regardless of how much you do, or don’t, look like a model, if you have a significant other, you’re going to want to be intimate with them. Depending on your relationship and levels of self confidence, it’s possible that problems with colostomy bags don’t come much bigger than this.

Thankfully, there are options. For a start, you can replace your bag with a cap for a while. Additionally, you can wear your anti-hernia belt which, while far from alluring, at least covers everything up. Including a lot of the scarring. You can also get ‘sexy’ covers for the colostomy bag. This may well work for some people but I can’t get the expression ‘polishing a turd’ out of my mind…

But, anyway, in practical terms, the bag makes little difference. It won’t fall off. With the belt on, it won’t get in the way. It’s simply a case of overcoming any shyness or anxiety about the way you, and the bag, look, and the best way to do that is to talk to your partner. Or alcohol. That works too. Or some combination of both.

The last of my problems with colostomy bags, isn’t actually related to the bag itself. And it’s certainly not that big a problem. But I do feel it needs mentioning, because it freaked me out.

After my surgery, I was told that I didn’t have to worry about what was left of my rectum, because nothing could pass that way. This made complete sense to me, the rectum was stapled shut which said very clearly, ‘you shall not pass!’

Imagine, then, my surprise, when I really started feeling like I need to go. I read up on this and came across the expression, Phantom Rectum, but this seemed to apply to people with a permanent colostomy. It is also an awesome name for a band.

One of the suggestions I read about, was to sit on the toilet and wait for the sensation to pass. So I sat on the toilet and actually went. This was something of a shock. For a moment, I worried that the staples had failed and I was losing something important down the toilet. Thankfully, this proved not to be the case.

After a while I worked it out. Part of my rectum was still there. The epithelial cells of the rectum produce mucus. This had to go somewhere. And, so it had. The strange thing was that it didn’t happen all the time. Sometimes it’d happen a couple of times a day. Other times, nothing for months. It didn’t hurt. There wasn’t a problem. It just freaked me out that first time.

Hopefully, this means that someone else can avoid getting freaked out.

And that’s it; my problems with colostomy bags. Some big, some small. None insurmountable.

It’s worth noting that I used colostomy bags for well over two years. In that time, I went skiing, I played many hockey matches, I went on summer holidays, I even went swimming. Yes, you have to be aware of the problems of colostomy bags. And, yes, you need to get in the habit of knowing where the closest changing facilities are.

But, despite the problems, having a colostomy bag does not mean you have to stop living your life. I didn’t, so no one else should.