Are All Men Really Created Equal? 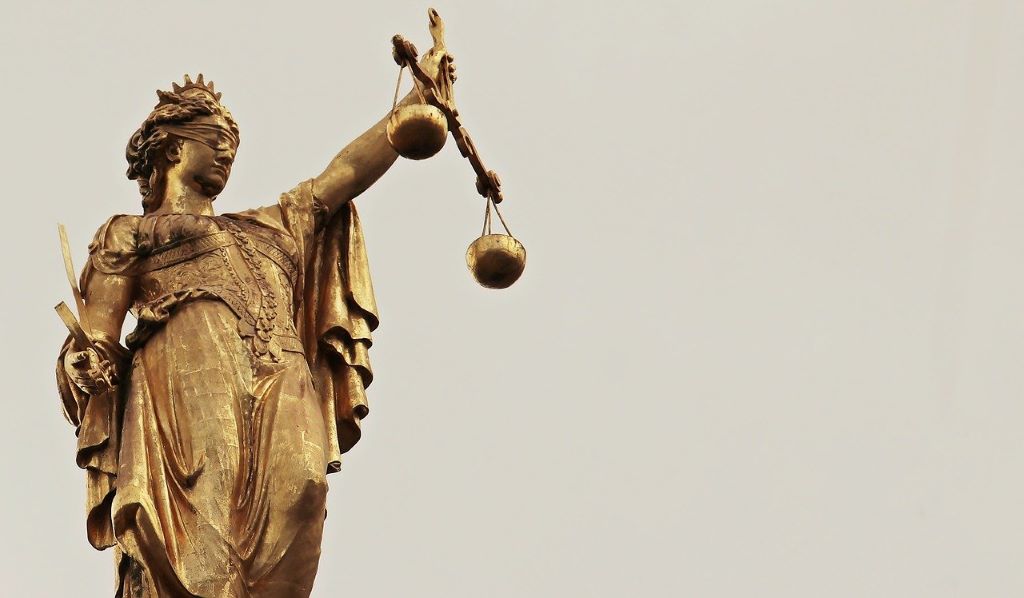 I recently read the novel Copperhead, by Bernard Cornwell. This book is set during the American Civil War and included a conversation between a northerner and a southerner. This conversation related to their respective thoughts on the equality of man, something so important to the United States that it is specifically referenced in the Declaration of Independence. Yet this fictional conversation suggested that there was not equality between men. Which got me thinking: are all men really created equal?!

The text of the Declaration of Independence, which I will come on to shortly, specifically refers to ‘men’. But I’m going to take that to mean ‘people’. I’m certainly going to discuss this in the context of whether all people are created equal, rather than just men. I’m also going to take ‘created’ to mean ‘born’, because that makes far more sense to me. So, when I ask, “are all men created equal”, what I actually mean is, “are all people born equal”…

Okay, lets have a look at the original text, then. What was it that was so important to the Americans that they wrote it down as part of their reasoning to Nope out of the British Empire?

“We hold these truths to be self-evident, that all men are created equal, that they are endowed by their Creator with certain unalienable Rights, that among these are Life, Liberty and the Pursuit of Happiness.– That to secure these rights, Governments are instituted among Men, deriving their just powers from the consent of the governed.”

And there it is, in black and white: “all men are created equal”.

There is then mention of certain “unalienable* rights”…

[*Unalienable, I’ve taken to mean: impossible to take away or give up]

And if all men are equal, as the Declaration states, then presumably all men should experience these unalienable Rights in exactly the same way…

Which is something that I’ll circle back to in a bit.

First of all, I must answer the question for myself…

Do I think that all people are born equal?

Do I think that all people are born with equal worth?

But these are not the same thing.

It’s like when someone demands, “Do you think you’re better than me…?!”

And I must confess that I’ve always thought of this as being an odd question. After all, how can one person be better than another? How can one person have more worth than another. What I find even stranger, though, is the follow up, which is inevitably some variation on the theme of, “Well, you’re not!”

Which is fair enough, if the implication is that we’re all exactly as good as each other. But it never is. In a worldview where it’s possible for one person to be better than another, then no two people can ever have the same worth. Just like no two people are exactly the same height. Once you get down into the picometer range, everyone is a unique height.

So when someone tells you that you’re not better than them, they’re also, unavoidably, saying that they’re better than you. The very haughtiness that, presumably, prompted the question in the first place…

But this may all just be related to the British class system. Or, more accurately, the perceived sense of class. Of people, ‘acting above their station’, or of, ‘thinking they’re better than they are’. Historically, in Britain, there has never been any question that those in the upper class were more important than anyone else. This attitude, of course, stemmed from said upper class. But I imagine that when you own all the land and all the wealth, it’s pretty easy to feel this way…

And, even today, the British upper class remains, well, a class apart. You’re either born into the upper class or you marry into it. There’s no other way in. For most British people, the only time you’ll interact with the upper class is if you’re doing work for them. There is absolutely no doubt that those in the upper class are considerably more equal than the rest of us. The inherited wealth. Access to the best available education. The networks of employment opportunities. It’s not even close to equal.

But, does this mean that those in the upper class have more worth? Of course not…

Then why do I have a whisper in the back of my mind telling me that they are worth more than me…?! It’s almost like the weight of generations and centuries of servitude has baked in an evolutionary response.

The British are even more strange!

Looking from the other side; if all people are born equal, then we’d all be able to do everything equally well. Naturally, environment and circumstances will impact on each individual’s results:

Outside of such external influences, though, when everyone is equal, you achieve absolute equivalency. Everyone going through the same education will get the same results. Each candidate for any given job would have the same qualifications. Everyone is equally capable of carrying out the role they have trained for.

Unexpectedly, such equality would see the death of meritocracy. Because, and as was so well put in the film The Incredibles, “When everyone’s super [maniacal laugh], no one will be…!”

When everyone is equal, the only way to progress in your chosen profession, is when someone senior to you vacates theirs. And seniority will likely be decided on length of service. Which means that promotion is achieved through dead man’s shoes. Or, at least, dead person’s shoes…

My point is, that with the exception of ‘worth’, people are clearly not born equal.

Take me, for example.

I’m reasonably solid academically. But, no matter how much I studied, I could never have made the same discoveries as Albert Einstein or Stephen Hawking. Hell, I read Hawking’s A Brief History of Time, which is effectively an idiot’s guide to his work, and there were parts of it that I could barely grasp….!

No matter how much I trained, I could never have come close to Usain Bolt’s 100m world record. Or close to even a national standard at any distance of competitive running. And this is despite being involved in some sort of competitive activity for most of my life. Mainly hockey. What I’m getting at, is that I’ve done quite a bit of physical training, over the years, and I know my limits. All of the world running records are a long way beyond my reach.

I quite like chess and I have an analytical mindset. But, no matter how much I practiced, I could never play at the level of Magnus Carlsen or Hikaru Nakamura. Players at this level can play whole games in their heads. In fact, a surprising number of top players can simultaneously play multiple opponents while blindfolded. My mind doesn’t work like that.

You get the idea.

Likewise, I’m sure you could make your own list that clearly demonstrates that we’re not all born equal.

But, as I say, we all have equal worth.

After all, when the Titanic started sinking, the call didn’t go out for, “People whose names begin with the letters A through F, first.”

In truth, I have no idea if this is still a thing. Or, indeed, whether it was ever a thing…

But if it was (or is) the way hostage negotiations work, then women and children are being afforded more worth than men.

I’ve just had a quick look around the internet and found something both interesting and topical. Last month was the 10 year anniversary of when a floating restaurant, in Covington, Kentucky, broke its moorings and floated into the Ohio river. This left 83 people stranded midriver and, I imagine, not having the best of times. And, while there were no casualties, the women were rescued first…

Make of that what you will.

In the meantime, I feel a thought exercise coming on…

Let’s suppose a situation where you are with two other people. Each of the other people is trapped under something that you can remove for them, but they are unable to remove for themselves without help. For whatever reason, you only have time to help one person. The person you do not help will then die. If you do nothing, both will die.

It’s a hypothetical situation, so don’t overthink it. The whole point of the situation is to make you choose one person over the other (or leave them both), it’s not supposed to make perfect sense.

In a world where everyone has equal worth, then how do you decide who to save?

But let’s assume that both of these people are strangers to you. How do you choose? Would you find yourself ascribing artificial worth to the people who are trapped, in order to make your decision? Otherwise, how do you avoid becoming paralysed by indecision so long that both of them die?

Let’s consider a couple of scenarios:

Now I’m fully aware that this line of thinking heads off into questions about race, sex, gender and the like. Which is exactly why I’m stopping here. These topics are too big for me to attempt to answer in one frivolous post. Besides, I’ve skirted these waters before.

So, when Thomas Jefferson categorically stated that all men are created equal, I’m not sure he thought it through properly… Might it not be argued, for example, that the daughter of a Queen is slightly more equal than the son of a coal miner?

And even, for that matter, in terms of worth?!

Let’s swing back to the unalienable rights of life, liberty and pursuit of happiness. The daughter of the Queen is likely to be the walking embodiment of these things…

In an awful lot of places, however, the son of the coal miner can expect to end up working down the same mine as his father. Furthermore, the working conditions in mines are sufficiently dangerous that not even the ‘life’ aspect of the equation can be guaranteed. Mining has one of the highest death rates (per 100,000 workers) in all of industry. Perhaps not coincidentally, my grandfather was a coal miner. As was his father before him.

Of course, miners are able to pursue happiness, within the confines of their means. And, all too often, within the immediate vicinity of the mining town.

And, going back to the thought experiment, how many people would choose to rescue a coal miner over a princess?

I long for a time when all people are treated equally, which might be the best we can hope for. It’s not ideal, but I’d take it.

However, even then, I’m not sure it would change the outcome in the thought experiment. My suspicion is that, in the absence of other influences, the choice of who to save will be dictated by how well you associate with the individuals who are trapped. Maybe one of them reminds you of a loved one, so you rescue them. Alternatively, perhaps one reminds you of someone you don’t like, so you rescue the other.

Ultimately, though, when all other factors are stripped away, I think it’s likely that you rescue the person who’s most like yourself. However you perceive that to be.

In the same token, you reject the person who’s least like you…

I have to admit, this is not where I thought this post would end, when I started writing it. But it does explain a lot of what’s going on in the world.

So, going back to Jefferson’s work, I don’t think all men are created equal, but I yearn for the time when we’re all treated as though we are.