Can Coffee Cause Cancer?

PrevPreviousHow to Survive the Coronavirus Pandemic
Next2019 Cycle Tour through FranceNext 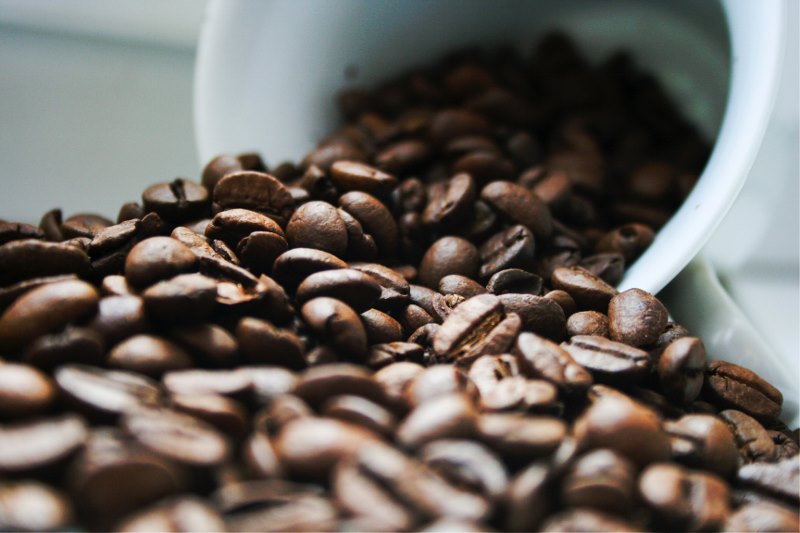 Starbucks is being sued over their coffee again. This time because they’re not adding enough caffeine to some of their drinks! But it reminded me of the time that a judge ruled that Starbucks coffee had to carry a cancer warning label… So, can coffee cause cancer?

To be fair, it wasn’t just Starbucks that was instructed to put the cancer warning label on their drinks, it was all the coffee companies in California. And, to be even fairer, it could only really happen in California. And this is because only California has Proposition 65.

Proposition 65, the Safe Drinking Water and Toxic Enforcement Act of 1986, requires that drinking water is not contaminated with hazardous chemicals. It is designed to protect residents from exposure to chemicals linked to cancer, birth defects, or other reproductive harm.

How dare such a requirement exist…!?

And, should a company produce a product that includes any of these chemicals, they need to warn the public of the fact.

Oh, the horror! The humanity!

On the face of it, this seems like a very sensible concept. Dangerous chemicals should be kept out of drinking water. What could possibly go wrong?

As such, there are now more than 900 chemicals on the list. And this is because there is money to be made by suing people. Well, companies, really, but you take my point.

Basically, if you can get a chemical added to the the Proposition 65 List, then a whole bunch of companies are now in breach of the proposition. Almost certainly without realising it. But, as they say; ‘Ignorance is no defense in the eyes of the law.’ They actually say, ‘Ignorantia juris non excusat‘, but even I’m not that pretentious.

Anyway, once a company finds itself producing something that includes an item on the list, they must provide the appropriate warnings. If they don’t, they can be sued by any interested party. Which is why, according to ARS Technica, in 2017, “nearly 700 Prop 65 cases settled, leading to payouts totaling $25.8 million.”

So what is on the Proposition 65 list that potentially leads coffee to cause cancer? Because it sure isn’t Caffeine! No, it’s something called Acrylamide.

So what is this Acrylamide stuff, I hear you cry.

It must be really bad, if trace amounts of the stuff in coffee require a cancer warning label. Presumably it’s classified in Group 1, by the International Agency for Research on Cancer (IARC), along side all the other nasties, like:

Well, no. Acrylamide is actually in Group 2A, which is things that are probably carcinogenic to humans, with:

And, before anyone gets worried: coffee can’t give you cancer.

The full listing on the Wikipedia page for coffee in the IARC Group 2A listing reads:

So, the point is that drinking very hot drinks (above 65°C, 149°F) probably increases the risk of Oesophageal Cancer. It isn’t what you’re drinking, so much as the temperature at which you’re drinking it.

That said, if you go to the actual IARC site and search for coffee, you do get a listing:

Caffeine is in Group 3, as well.

And the reason that I’ve shown an image of the IARC listing for coffee drinking, is the additional information that goes with it. Drinking coffee actually reduces your likelihood of developing a whole bunch of different cancers. Based on the consumption of three cups a day. Drinking more than three cups has not been shown to further reduce your chances of getting cancer. But then, anyone who read my Chubby House Hubby post on this, already knows that.

And, of course, you mustn’t drink it too hot.

Which just leaves a couple of things that need tidying up.

Firstly, the ruling in California, that coffee needed to carry cancer warning labels, was overturned in June 2019. Or, more specifically, the Office of Environmental Health Hazard Assessment (OEHHA), made coffee exempt from Proposition 65.

Secondly, just what the hell is Acrylamide?!

Which begs the question, why would this be added to coffee?

Well, it isn’t. Nor has it ever been.

In 2002, Acrylamide was discovered in certain cooked foods. It has always been there, it was just noticed for the first time in 2002.

Acrylamide was specifically found in foods cooked at a very high temperature, by frying, roasting and baking. Even more specifically, in foods that are cooked in these ways and end up charred, to some extent. And, as coffee is roasted to varying degrees, Acrylamide can potentially form.

So it’s probably just as well that I don’t let my wife do any of the cooking! Or, has she just out-foxed me by burning a couple of things to ensure that I do all the cooking, forever more…?

As it turns out, it’s a null point. The Wikipedia page on Acrylamide states:

As of 2019, epidemiological studies suggest it is unlikely that dietary acrylamide consumption increases people’s risk of developing cancer despite its being a probable carcinogen according to IARC, NTP, and the EPA.

Not that anyone should blindly accept anything on Wikipedia. Which is why I checked at the Cancer Research UK site, which had this to say:

Can eating burnt foods cause cancer?

No, it’s very unlikely that eating things like burnt toast or crispy potatoes will increase your cancer risk.

So, there you have it; fears that coffee can cause cancer are just a storm in a coffee-cup (Sorry, I couldn’t resist. And I really tried!). Unless, of course, you’re drinking it at, or above, 65°C. And, even then, it’s the temperature of the coffee, not the coffee itself, which is increasing your risk of cancer.

Best of all, drinking a sensible amount of coffee, can actually reduce your risk of some cancers. Which works well because, in recent times, it seems I can’t start my day without a cup of coffee.

PrevPreviousHow to Survive the Coronavirus Pandemic
Next2019 Cycle Tour through FranceNext