How to Survive the Coronavirus Pandemic 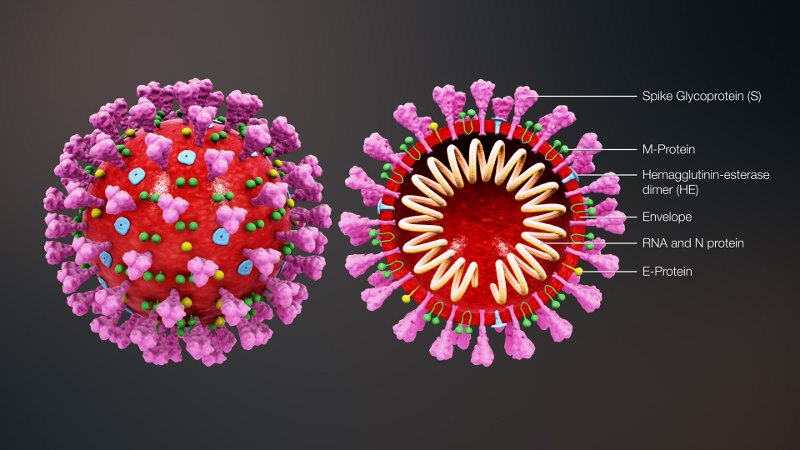 While I accept that the best way to survive the Coronavirus is to build yourself a fortress of toilet paper, there may well be some other options to consider…

Not least because the supermarkets are going to be continuously restocking the toilet paper. You all know that, right?! It’s not like the virus is centered around Northfleet, generally, and the Andrex factory in particular. Toilet paper is being made all the time. All hoarding it does is mess with the cashflow of toilet paper manufacturers. Sure, they’re rolling in money now but give it a couple of months and sales will die right off. WHILE HOARDERS WORK THROUGH THEIR STASH!

Not that it’s only toilet rolls that are being hoarded. Paracetamol is like gold dust. And Spaghetti is as rare as rocking-horse poo.

And, okay, I understand that people are going to want to have a reasonable supply of staples with long shelf lives. Things like pasta and rice, which reminds me: I really must do that post on hardtack…

If you’re looking for a staple that effectively lasts forever, then you can’t go wrong with hardtack. Well, providing you’ve still got plenty of teeth in good working order.

Mind you, given the lack of flour on the shelves, it’s very possible that everyone is way ahead of me on this one.

That said; all the flour?! Seriously!?

In a couple of years time, the food waste bins are going to be full of out of date flour, as everyone who hoarded this stuff, ‘in case they needed it’, finally checks the best-before date. And then it’ll be, “Oh, yeah. You remember the Sol Virus of 2020? I can’t believe we thought we’d need this!”

The above photos were all taken on Thursday 19th March, in the same supermarket. If you really want pasta a couple of weeks down the line, there are better options than clearing the shelves of flour.

Which leads me to my point:

Hoarding to the point you’re safe for the entirety of the next two months, means that some people aren’t safe now.

People who are older and/or unwell and/or have an underlying health issue, can’t risk going to the shops. Because, if someone like this gets the coronavirus, there’s a real risk that they might not survive it.

So, sure, stock up a bit. Get what you need for you and/or your family for the next week to 10 days. But if you’re getting enough to last a month, you’re hoarding. And if you’re young to middle aged, fit and healthy; hoarding is a dick move.

Because the coronavirus is going to be with us for a long time. Take, as an example, the pandemic that was in full swing, exactly 100 years ago. The Spanish Flu.

Equally, medicine is vastly improved, compared to 100 years ago. And work is well underway to find a medical solution. On the flip side, however, the world is considerably more populated and people live in much closer proximity. But, again, we now have much better protective equipment.

So, let’s assume that the Spanish Flu is going to be 100 times worse than the coronavirus…

That’s still 1.5 million deaths attributable to the coronavirus, if things get out of hand.

Which is why we need to work together on this one. The government is putting out its best advice and it’s worth listening to. And I know that a policy of just hiding indoors and kicking your heels doesn’t seem like that great an idea, but it’s based on solid principles.

I’ll explain why, in a minute but, first, here are a couple of places to find really good answers:

Consider, for example, a block of flats. The virus gets into the residents of the flats. No one is exactly sure how many people are infected, or where they are. What are the options?

Maybe, just ignore it and everybody goes about their lives as if nothing is happening. The result is that, in a very short period of time, everyone gets ill. As such, the local hospital is overwhelmed and not everyone who develops the coronavirus gets to survive it.

This results in an outbreak that lasts for a couple of months and has a relatively high number of fatalities.

So the whole block gets quarantined. Families stay in their homes and, where possible, family members stay in different rooms. Elderly family members, in particular, are kept away from everyone else.

And so the virus works its way round the affected families. In some homes, all of the family members get infected at the same time, and really struggle to look after each other and themselves. In other homes, family members fall ill one after the other. Allowing the healthy family members to look after their ill relatives. This means that no one suffers too badly but that the virus keeps spreading from ill to healthy people, over the course of a few weeks.

Just waiting for the seemingly endless lock down to end.

And it doesn’t really matter how long the quarantine actually is. Because in a small number of homes, the families are sufficiently numerous, that the virus hadn’t finished working its way round. Two members of the family hadn’t shown any symptoms yet. One because they hadn’t caught the virus. The other because they had the virus, but it wasn’t symptomatic yet. Both thought that they’d probably had it, but it was asymptomatic in them.

So, the quarantine ends.

And everyone gets back on with their lives…

Then, a week or so later, the virus is spreading like wildfire around the block of flats again.

This policy would result in a couple of months locked up, followed by a couple of months of normalcy; repeated on numerous occasions. As such, the outbreak would last for years. It would, however, mean relatively fewer deaths than the previous option.

Everyone stays in their home as much as possible. Some members of many of the families go out when they have to, but they keep away from as many people as they can.

The elderly and/or infirm are kept away from everyone else, as much as possible. Everyone washes their hands before sharing a space with their vulnerable family members. Everyone makes sure to cover their mouth if they cough or sneeze. If anyone in the family becomes ill, they are kept entirely separate from the vulnerable people.

The virus works its way round the families that have the infection, as before.

In addition, a slow, but steady, number of other families get infected as time passes. Which is inevitable, no matter how careful they are, because the virus is out there, and mistakes happen. In due course, it seems like about one in five of the homes has some element of the coronavirus, at any one time.

Because there are now more people who have had it, and become immune, than are left to catch it. And at no point in this process did the numbers of ill people become so high that the local hospital couldn’t cope.

And the block of flats has developed a type of herd immunity. There are now enough people who can’t catch the disease, to act as a barrier for those who can’t afford to catch it. And people who haven’t had it yet still know to keep their distance from the elderly and/or infirm.

The whole process will take several months and involve a relatively low number of deaths. Providing: the virus can only be caught once, and; the virus doesn’t mutate into something new in the meantime.

But we’re a long way from that, at the moment.

All we can do now is do our best to follow the government’s advice.

And, if the coronavirus gets into your house, keep everyone inside until two weeks after the last person to show any symptoms, has got better.

But, if the worst comes to the worst and you get the coronavirus, then you need to know what to expect. The following is a link to the account written by Paul Whyatt. He is a paramedic who went through the coronavirus:

Symptoms and timeline of Coronavirus

Getting the coronavirus is not going to be a pleasant experience for anyone. But 80% of people who get it will experience ‘mild’ symptoms. Idris Elba, for example, didn’t even know he’d had it, until after he was tested. Mind you, Idris Elbe is awesome.

Which brings me on to my last point: How do we identify those who have had the coronavirus and gained immunity? Because these people should be able to get on with their lives. You know; on the assumption that it can be shown that recovered people can’t be carriers. And can’t get it again…

But there’s no point in having immune people practicing social distancing, if they don’t need to. There are bills to pay and jobs to be done. And, as unpleasant a consideration as it is; the economy has to stay afloat. If only to support the NHS.

But how do we identify those with immunity, in a non-threatening way?

It seems like there’s be a gap in the market for a, ‘I Beat Coronavirus’ Tee-shirt. You know, something with a jaunty image of an angry virus, with a big red cross through it. Something you might be able to buy at, say TeeSpring.com…

No, I haven’t really. But you can be damn sure that someone will.

1 thought on “How to Survive the Coronavirus Pandemic”