My Weight Loss Success for 2019 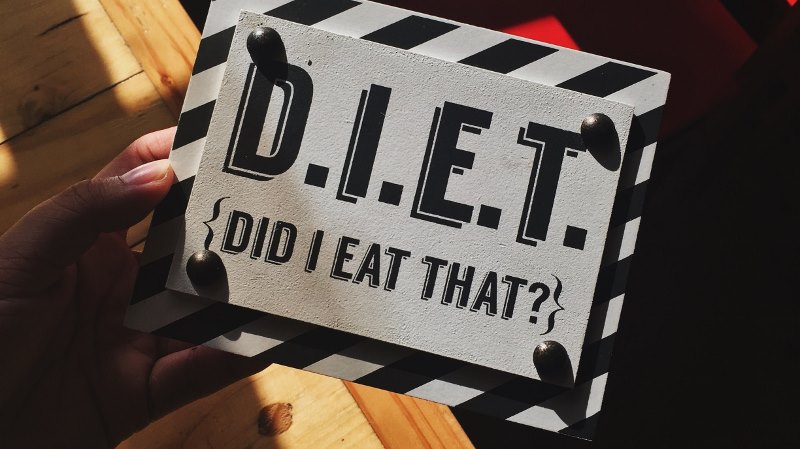 I was certainly looking better than I had for a long time:

But, since I got back from the cycle tour, I haven’t made any posts about my 2019 weight loss…

These things are not unrelated!

During the 13 days of cycling through France, I covered 667 miles (1073 km) in a total of 84 hours of cycling time. I had anticipated that I would lose around 7 lb (3 kg) during this journey, taking my weight to 14 st 3 lb. The theory was that I’d then have the remaining 12 days of September to lose an extra three pounds, to bring me to my goal of 14 stone.

What I actually did was gain 7 lb. Taking me back up to 15 st 3 lb. Which was the same as I weighed at the end of July. Instead of hitting my goal twelve weeks early, I traveled a month back in time.

I think it’s fair to say that I found this to be more than a little disappointing.

And, to be fair, there are some legitimate reasons that sticking to a diet plan for the rest of 2019 was difficult. Not least because we moved house at the end of September. After the move, and for virtually all of the time until Christmas, we didn’t have a proper kitchen, due to refurbishment works. This meant a lot of random eating times, largely consisting of ready meals and takeaways. Far from healthy.

And then, of course, there was Christmas itself. It takes a lot of will power to stick to a diet across Christmas and, frankly, my will power was AWOL.

Then I went down with a nasty cold, which further sapped my will for a couple of weeks.

And, in and around all this, I was playing an awful lot of hockey, including going to the trials for the Wales over 50s team. My rationale was that if I stood any chance of qualifying for Wales, I couldn’t afford to be low of energy. Not just for the trials themselves, but for the training leading up to them. All of which was valid reasoning. Not that it helped, I didn’t get selected anyway.

Oh, yeah, and then, in February, I got the news that my cancer was back. Soooo, there was that.

Okay, so that’s a wide array of reasons and excuses to explain why I was not that into weight loss for the last quarter of 2019. Unfortunately, though, this has continued into the first quarter of 2020 and I’m still struggling to get back into it.

And, while I haven’t lost any weight in 2020, yet, I haven’t gained any either. Well, maybe a couple of pounds but certainly no more than that. So, I’m around 238 lb: not too bad compared to where I started.

Which is one way of looking at it.

The other way is that I’ve regained more than half of the weight I lost to get to 14 st 10 lb!

So, what went wrong? Why did I gain half a stone of weight during a 1,000 km cycle ride? Why was I a full stone heavier than I anticipated?

And, let me tell you, getting on the scales and finding yourself a stone heavier than you expected to be, is hard.

To get some idea, let’s take a look at what Strava recorded for Day 3 of the tour. Day 3 was the longest ride of the tour and was also early on, so my body was still getting used to doing long cycles, back to back:

So, although my Moving Time was nearly eight hours, and despite covering more than 72 miles (116 km), my average Heart Rate was only 103 bpm…

Let’s have a look at how this is reflected in terms of Heart Rate Zones:

Even though my maximum heart rate peaked at a respectable 160 bpm. And even though I burned an estimated 3,229 calories, the reality is that I was wasn’t really working hard enough to lose weight. At the same time I was eating freely. I wasn’t going mad, but I was allowing myself desserts with meals, etc. And, sadly, the estimation of 3,000+ calories burned on the ride, is a gross exaggeration.

Ironically, I was too fit. I’d done too much training, compared to the others I was cycling with, which made me the fittest in the group. This meant that the speed we were travelling wasn’t making me exert myself. So, no calorie deficit and no weight loss.

It’s worth pointing out, however, that it was all that extra training that I’d done that allowed me to get to 14 st 10 lb, in the first place. If I hadn’t done that training, I wouldn’t have lost all the weight. Which meant I’d have started the tour heavier and, presumably, lost the weight there instead. Either way would have left me at the same overall weight at the end of the process…

The stupid thing is, if I’d just been a bit more patient, things would probably have been better. I checked my weight the day after I got back from France. At which point, I was still pumped up from the ride. Which means that my muscles were still recovering from the effort and were swollen as a result. Swollen with fluid. And your thighs can hold an awful lot of fluid…

If I’d just left it a couple of days before weighing, I’d probably have found myself at 14 st 10 lb again. Still very disappointing, but not the disaster I experienced. And I have good reason to suspect that this would have been the case, because I did weigh myself a couple of days later, and I was a couple of pounds lighter than when I first weighed. And this was despite everything that I’d pity-binged in the intervening couple of days…!

I should have listened to my daughter Emma, who was trying to get me to wait it out. But the self-pity was strong in this one!

And it’s not as if I didn’t know that this type of exercise wasn’t going to be much more use for additional weight loss. Indeed, I discussed it my August weight loss post. I even said this:

And my concern is that, while I’m going to be cycling for five or six hours a day, it will all be steady state cardio, in zones 1 and 2. This worked brilliantly for me two years ago, when making the same sort of ride at 20 stone, but now I’m five stone (70lb/32kg) lighter. So, not only am I not having to carry that five stone in extra weight, but I’m considerably fitter. This means that my metabolism might very well just shrug off all this exercise as par for the course. Which means that I won’t lose much weight at all…

So, what else is new?

The question is where I go from here?

Well, the hockey season is come to a premature end, thanks to the Coronavirus. And my knees, at least, are not as upset with the Coronavirus as they probably should be. They actually don’t hurt, for the first time in months…

Make the most of it, knees, because the Coronavirus can’t protect you from everything.

As I explained in my Cancer Dad February update, I’ve had another recurrence. Another tumour has popped up in my liver. Quite what the treatment will be, I don’t know yet. I’ve got a meeting with my oncologist on Wednesday 25th March. But the treatment plan may well involve my knees getting a much longer rest than they might otherwise expect.

Regardless of what the treatment might be, but particularly if it’s surgery, there will be an expectation for me to lose weight. So, one way or another, I should be down around 16 stone (224 lb, 102 kg) again by the start of summer. And 16 stone is my trigger weight to go running. I don’t like running heavier than that because my joints already suffer enough.

In theory, I’m also supposed to be doing another cycle tour in September. With my dad and brothers, again, this time in Portugal and Spain. As it stands with the Coronavirus, this seems unlikely to happen, but doing some training rides as I shrink down to 16 stone isn’t a bad idea. I’ll certainly get some benefit from it, because I’ve lost a lot of the fitness from the last cycle tour.

And then there’s weight training.

I’ve never really been a fan of weight training but, this year, it looks like I need to do it. I saw a physiotherapist about my knees, last summer, and she indicated that my leg muscles weren’t balanced. The fronts of my thighs are more developed than the back, or some such. This is something that can be solved my doing whole body weight training and bringing everything to the same level of development.

Well, I have a gym, or at least a bunch of weights, and I’m subscribed to the Athlean X YouTube channel. And that guy really knows what he’s talking about. So. I’ll start slowly and carefully and try and develop some balanced muscle mass.

And the great thing about muscles mass, is it burns more calories than anything else, even if you don’t work it. Sadly, though, you need to keep working the muscles to continue getting this benefit. Who knows, maybe this time. I’ll learn to love the gym.

As for what I’ll eat? I haven’t decided yet.

I don’t think that being completely restrictive and eating two bowls of porridge a day will work for me this time. I’m currently having one bowl a day, and that feels like plenty!

No, what I think I need is a more balanced approach, where nothing is off limits, but everything is accounted for…

It’s just as well I like maths and spreadsheets…

But, there we are. My weight loss journey for 2019 came to a somewhat unceremonious end. Scuppered by combination of outgrowing my exercise regime and a fragile psyche.

Even so, I still consider my overall weight loss for 2019 to be a success. And a missed opportunity.