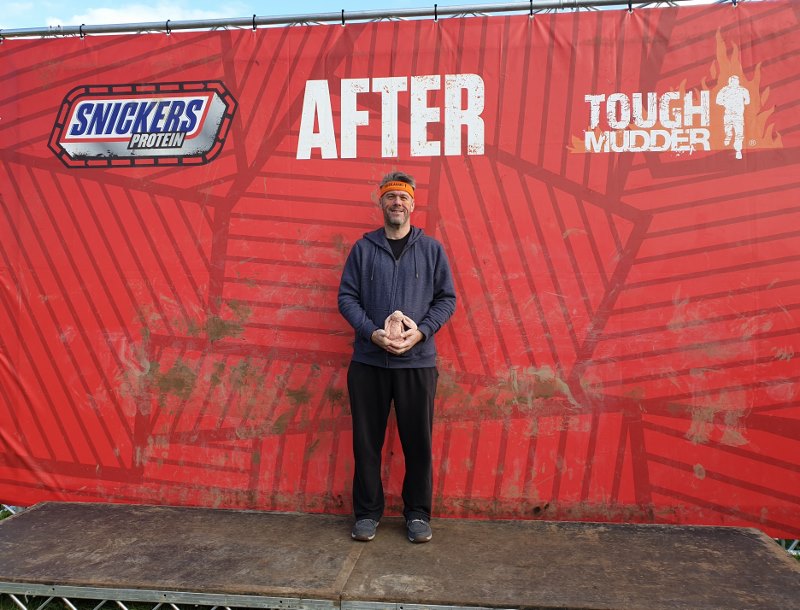 As I explained in the July post, to achieve my weight loss success for August, I wanted to weigh no more than 14 stone 10 pounds (206lb/93kg) by the end of the month. Well, it wasn’t easy, but I hit my target:

As such, my weight loss success in July was 7lb (3kg).

Yes, I managed to achieve the utterly arbitrary target that I needlessly set myself…

Because I’m used to posts coming out on a Friday, I got confused into thinking that this was the end of the month. So, I weighed myself on Friday (30th), thinking that August was done, and I was 14st 11.25lb. And, because I ignore the fractions of pounds, when considering my weight, this meant that I was 14st 11lb – I’d missed my target!

Anyway, on the way up, I had plenty of time to think. To dwell…

Despite knowing that the target that I’d set myself wasn’t important, not achieving it made me feel like I hadn’t achieved weight loss success for August. Even though I’d lost 6lb! It was a real struggle not to let my demons consume me and have a cheat day. After all, I’d be starting a 600 mile (1,000km) cycle ride on the following Wednesday; a mere 5 days later. And, the last time I did a ride like that, I lost a full stone in the two-weeks of cycling.

Thankfully, the traffic was awful, so I didn’t have a chance to stop on the way up to Liverpool. As it was, I arrived half an hour later then planned.

On the way back, Emma’s excited recounting of her course cheered me up a bit. I also didn’t want to break my diet in front of her, because she doesn’t like it when I do. So, when we stopped for breaks and food, on the way back, I was able to control myself in what I ate. I won’t pretend I that chose the healthiest options, but at least I avoided any sweet or snack food. I remember thinking, “If only I’d had one more day, I think I’d’ve made it!”

Then I woke up on Saturday and realised that it was the 31st… I did have one more day to achieve my weight loss success for August!

And I made it…

The scales actually read, 14st 10.75lb. But. like I say, I don’t count the fractions of pounds, which means that I made my target. I could count my weight loss success for August as having been achieved.

And, because of this, I thought that I’t take the opportunity to check my overall progress.

The last time I checked my BMI was back in May, when it was 29. Well, things have developed nicely:

But there are more ways to check the healthiness of your weight than just BMI. The thing is that BMI doesn’t work for everyone, particularly for those who are particularly athletic or muscular. Rugby players and body builders are the two categories of people that are usually referred to. And, while I’m neither of those things, I do tend towards the Mesomorth body type, when I’m not busy being an Endomorph.

Not that we need to get bogged down in the usually massively oversimplified rabbit hole that is, Somatotypes. I’m just pointing out that 10 stone could never be considered a healthy weight for me, yet according to the chart, it is.

Which is why I also need to consider my waist to height ratio.

On the other hand, my waist now measures less than 100cm for the first time in… who knows how long?!

When I started taking measurements, back in February, my waist was 114cm, so I think I’m doing pretty well, over all. But, while I’ve lost at least 15cm from my waist so far, I think these last 5.5cm are going to be tricky. I take my waist measurement from the thickest part of my abdomen, largely because I don’t have a belly button to aim for. And, because it looks like I’m going to have issues with loose skin, especially around all the scar tissue, it might be really rather tricky to shrink this enough to get to the 93cm mark. Hopefully not, and I’ll cross that bridge if I come to it.

I imagine that I’ll have a clearer picture at the end of September, after the cycle tour.

Assuming that the weight comes off as I hope, September will be the last month when I’ll experience a significant monthly loss. And the weight might not come off, as I plan, for reasons I’ll get into shortly.

I just want to quickly point out that, as you read this; I’m actually on my cycle tour… this is the end of the second full day. That’s right, not only did I catch up from the posts I missed during my brush with free floating anxiety, I actually managed to get ahead.

Because that’s how we roll, in the Shire…!

But, back to the increasing levels of difficulty achieving fat loss, as you lose more weight, when you rely on steady state cardio like cycling.

When you start your diet, cardio is king. In fact, low impact, low level, steady state cardio is excellent for you. Which is why, if you’ve got a lot of weight to lose, I’d always recommend starting with walking. Just simple, steady walking, building up to an hour at a time, increasing the intensity as you go. But I’ll look at exercising to start losing fat in more detail in a later post.

Okay, first a couple of definitions:

As you move up through the zones, so you increase the amount of anaerobic exercise involved. Zone 1 can be considered mainly aerobic exercise (cardio), while zone 5 is mainly anaerobic exercise. There are, however, elements of cardio in all zones. As such, steady state cardio can be achieved in a number of zones, as I shall demonstrate from a couple of my recent rides.

The first ride I’ll look at was my most recent one. Indeed, my last training ride before I set off on the tour. It was a 48 mile ride, over 4.5 hours, with an average moving pace of 11.5mph:

Compare this with a much shorter ride, of only 21 miles, which had an average moving speed of 15.1mph. This isn’t on a road bike, by the way, this is on my touring bike, with panniers laden with 8kg (18lb) of water, on top of the other gear. I mention this because 15mph would be oddly slow, on a road bike, given the exertion involved:

These zones have been automatically detected and worked out by my watch. It’s likely that they’re not calibrated properly because I shouldn’t be able to spend that much time in zone 5. My point is, though, that as you get fitter you can do steady state cardio in different zones. Each zone having different benefits. I did this harder ride specifically to give my body something to think about. To stop it getting used to the zone 1/2 exercise and, hopefully, burn a bit of extra fat to help towards my weight loss success for August.

And my concern is that, while I’m going to be cycling for five or six hours a day, it will all be steady state cardio, in zones 1 and 2. This worked brilliantly for me two years ago, when making the same sort of ride at 20 stone, but now I’m five stone (70lb/32kg) lighter. So, not only am I not having to carry that five stone in extra weight, but I’m considerably fitter. This means that my metabolism might very well just shrug off all this exercise as par for the course. Which means that I won’t lose much weight at all…

At least it gives me a clear direction for the rest of the year: I need to mix it up a bit.

Fortunately, the hockey season is upon us. So, for the next six months, I can play on Saturdays and train on Wednesdays. Hockey tends to be a bit like interval training, in terms of effort required. Around the hockey, I can do an hour of swimming on Tuesdays and a couple of hours of cycling on Mondays. Both of these are steady state cardio, with the swimming being a zone or two higher than the cycling. Finally, I can do an hour of weight training on Thursdays to have a dedicated anaerobic session each week. I could even do another session of weight training on Sundays, if the mood takes me.

In this way, I’ll have a nice mix of training types, across all the zones. And this should keep the fat coming off, even if it won’t be at the same rate as when I was at my heaviest.

And if I don’t feel like this approach is working, then I’ll have to consider binning one, or both, of the cardio sessions and doing more weight training instead. I’ll go into the reasons why this is considered to be a viable alternative in the next diet post, at the end of September.

When I may actually be under 14 stone!

And this translates to the following body measurements:

So, not a lot of difference, really; just 5.5cm over my entire body. And 1.5cm of that is my neck, which I recorded as increasing by half a centimeter last month. I reckon I just measured in the wrong place. Actually, on that note, it’s really tricky to remember the exact measurement points, when there’s a month gap between measurements. For all that, my limbs remain unchanged.

What is quite good, though, is the knowledge that, since I started recording this stuff, my overall measurements have decreased by 62cm. Which sounds even better in the imperial system; I’ve lost two feet of girth from around my body. It’s all good progress.

I’m glad that I managed to hit my target for August, it feels like a genuine success in terms of weight loss. But, after September, I don’t really have any more targets. I think that going into October at, or below, 14 stone is achievable, providing I keep myself hungry for the whole of the cycle tour…

Because that is the truth of the last one. The one in 2017, when I lost 14 pounds in 14 days; I was hungry all the time. This was done deliberately, as I was taking it as an opportunity to lose weight. So, I’ve planned to go into this one and come out seven pounds lighter. The idea being that half the weight loss would allow me to be far more lenient with what I could allow myself to eat.

And the fat doesn’t come off as easily when you’re only overweight. It seems likely, then, that to achieve half of the weight loss of last time, I will have to go just as hungry this time. And I’m not sure that I want to do that…

I guess we’ll see at the end of September!