Weight Loss Success for May 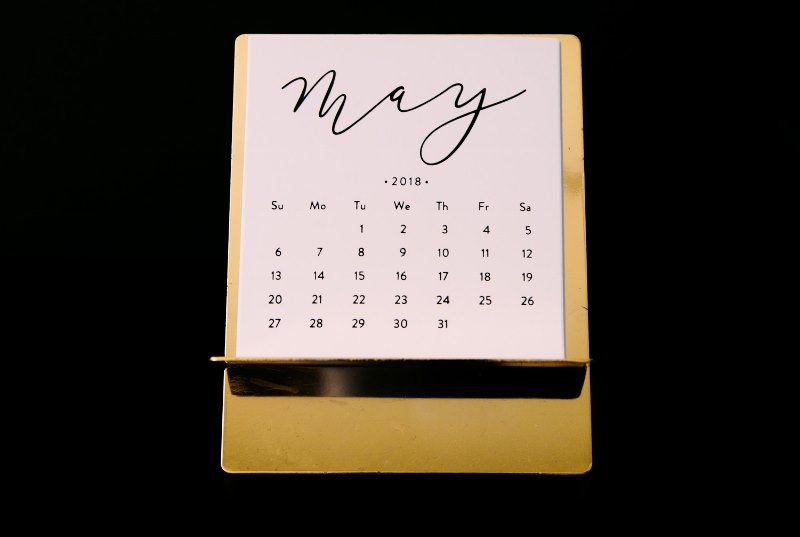 After the disruptions of April, it was nice to have a month where I was better able to focus on my routine. Despite this, my weight loss for May, while still a success, was not everything I was hoping for. Now, I’m fully aware that losing weight gets more difficult the longer you go on with a diet. Of course it does. The technical reason goes like this: something, something, lowered metabolism, something…

My point is; it doesn’t matter why weight loss slows down. Anyone who’s done a diet knows that it happens, the trick is what you do next. I’ll get on to that a bit later. First, let’s look at the specifics of my weight loss success for May:

In January and February, it took less effort and will power to lose a greater amount of weight. Now I’m having to battle increasing levels of hunger and exhaustion, to achieve lower results. It has the potential to become completely dispiriting.

Whereas, in the early days, I was losing more than a third of a pound every day, it’s now around a quarter of a pound. Actually, now I’ve put this graph together, that’s really rather good. Maybe I should stop worrying so much…!

On which note, the weight loss success I achieved through May has taken me across a couple of important milestones.

Firstly, my total weight loss since I started this diet plan has exceeded 50lb. I’ve now lost a total of 53lb ( 3st 11lb/24kg). While I completely accept that ’50’ is just an arbitrary amount with no real meaning or significance, it still feels nice to have crossed it.

Secondly, my weight has dropped below 100kg. Again, a completely arbitrary number but it just feels so significant.

[A quick side note on units of measurement; Britain changed from Imperial to Metric in 1965. Even though I was born in 1970, you can be very sure that there were still a lot of people still using the Imperial system. As such, I’m comfortable with both; which means I get twice the number of meaningful targets to aim for. Yay me!]

Thirdly, and far more importantly, there has been a significant development in my BMI:

One other thing of note, in terms of a historical sidebar…

In the run up to Christmas 1994, a group of us decided to see who could lose the most weight after the festive season. As I was carrying the least excess at the time, I decided to put on some extra pounds to give me a chance of winning. I asked Julie what would be the highest weight she would let me get to and still keep going out with me; she said 16 stone. To be fair, she didn’t want to say a weight, because she doesn’t think like that, but I pressed her for an answer.

Anyway, I successfully blew through 16 stone barrier over Christmas ’94. And after my weight gain success, the diet that followed… never really happened!

In the 25 years that have followed (before my weight loss success leading up to May), I’ve only dipped below 16 stone on two occasions, neither of which lasted particularly long.

But, I’m back now. And just in time to celebrate our 20th wedding anniversary in mid July. I’m finally keeping my end of the bargain! (On which note, I really need to start thinking about sorting something out for that. Particularly as, due to issues with anxiety, I’m actually writing this bit in early July…!)

As I’ve already mentioned, part of my ability to achieve my weight loss success in May was being able to stick to a routine. That said, May had a significant variable, compared to previous months: hiking. On one of these hikes, on the 19th, I carried a full pack of around 40lb (18kg). The idea was to prepare myself for the two day hike that I’d be doing with Emma later in the month. What actually happened was that I irritated my knee again.

I reasoned that the 40lb pack weighed less than the body weight I’d lost since Christmas, so I’d be able to manage it comfortably. This was true. What I’d carefully forgotten was that when I hiked at that heavier weight, it damaged my knees. And so it was on the 19th as well. It’s surprising how quickly you forget the realities of being active and obese.

The upshot of this was that I needed to be more sensible. The main reason that I was carrying a pack at all was to make me work harder. When I’d been hiking in April, without a heavy pack, my heart-rate stayed so low that it didn’t register as exercise. And I wanted those exercise minutes. But knackering my knee to keep my fitness watch happy was not the way forward.

Besides, the only thing I’d been carrying in my pack, during the two day hike with Emma on the Brecons, was bottles of water. The reason for this was that if Emma picked up an injury when we were out together, I would be able to empty the bottles and swap packs with her. And, as this was the case, was there any point in camping? After all, Emma wouldn’t be using our tent on her Duke of Edinburgh expedition any more… Long story short; we ended up staying in a hotel on our hiking trip.

But this did mean that I only carried a day sack, instead of a full pack. So while my knee spent the next couple of days after our trip feeling sore, it recovered pretty quickly. Which is just as well, because I’m going to go for my first run in a long time tomorrow (7th June). Now that I’ve finished hiking with Emma, I need to start preparing for the Tough Mudder that Ceri wants to do in August.

In addition to the preparation that I need to do for the Tough Mudder (running and upper body strength), I’m also in training for a cycle tour with my dad, and brothers, in early September. It’ll be around 600 miles (1,000km) over two weeks with dad, during which my brother Alan will be with us for the first week and my brother Simon for the first few days. It should be amazing; the first time we’ve done any significant cycling as a foursome. Dad and I have done a couple of cycle tours before. And Simon and Alan did cycle to Australia that one time… But it’ll be the first time we’re all together.

The practicalities of all this is that I need to build up to being able to cycle more than 40 miles (70km) a day, for 14 consecutive days; starting in the South of France in early September. And that means I need to do some pretty intense training. Which, in turn, has an impact on my hunger levels. Basically, as it turns out, there is a link between the increase in exercise intensity leading to a decrease in feelings of satiation. Or, more simply put: exercising hard makes you feel more hungry.

What isn’t helping with this at all is that it’s the Summer Blockbuster season at the cinema. And we in the Lewis family do enjoy a trip to the cinema. The problem is that I’m starting to think that the cinema is my own personal Kryptonite. Or, at least, the social convention of snacking at the cinema is. In earlier months I was largely able to resist the temptation to snack during a film. Now that I’m feeling more hungry, more of the time, snacking is proving irresistible. The logical solution is to stop going to the cinema. But doing so would be at the expense of valuable family time.

It’s a question of priorities… Am I willing to forgo family trips to the cinema in order to maintain my ongoing weight loss success at the levels I’ve achieved in May?

The answer is, no. Family comes first.

Because I don’t have to keep losing 2lb a week. A loss of 1lb a week would still get me where I want to go in the time frame I’ve set myself. More specifically: a body that I’m happy with, by Christmas 2019.

The actual weight isn’t really that important. Realistically, it’ll be less than 14 stone (196lb/88kg). Which is why I’ve set 14 stone as my next milestone. When I get there, I’ll assess how I feel about my health and fitness and set a new milestone, if I think it’s necessary. And, as it stands, I do think it’ll be necessary, but also that it’ll be the last one. At which point I’ll turn my attention to Maintenance.

The reality is, though, that aiming for a loss of only 1lb a week is fraught with dangers. It would be very easy to miss the target and make no loss in a week. It also means that there are likely to be weeks where I would gain a pound. While this doesn’t sound like that big an issue, a gain of a pound would take two weeks to rectify, meaning a whole month could be wasted. And that would endanger the 14 stone target, let alone the 13st 7lb outcome.

The offset of this is the cycle tour I mentioned above. during the last one I did, I lost 14lb in two weeks. Mind you, I was 20 stone (280lb/127kg) at the time, which means weight comes off much easier. It also takes more energy to move a 20 stone person 40 miles a day than a 15 stone person, so I’ll burn far fewer calories this time around. Realistically, though, I can expect to lose around 8lb during the ride. Which will help.

But that’s enough time focusing on weight, let’s check in on my measurements:

Well, that seems pretty good. Especially around my waist and hips. A total of 15.5cm reduction, which is back to what I achieved in March. The biggest thing, though, is that the weight finally seems to be shifting from my mid-section. This makes a lot of sense; it’s the first place that weight stacks up (apart from my face, apparently) so it’s bound to be the last place it leaves. The question is; is this visibly noticeable on my person…?

To be honest, I can’t see any difference from last month. I can see a huge difference from what I looked like when I started, but I don’t want to do a comparison photo until the end. I’m just satisfied to know that I’m still heading in the right direction.

I suppose now it’s just a case of seeing whether I survive tomorrow’s run. And, assuming I do, whether regular running will have a positive impact on my ongoing weight loss success. I’ll report back next month.