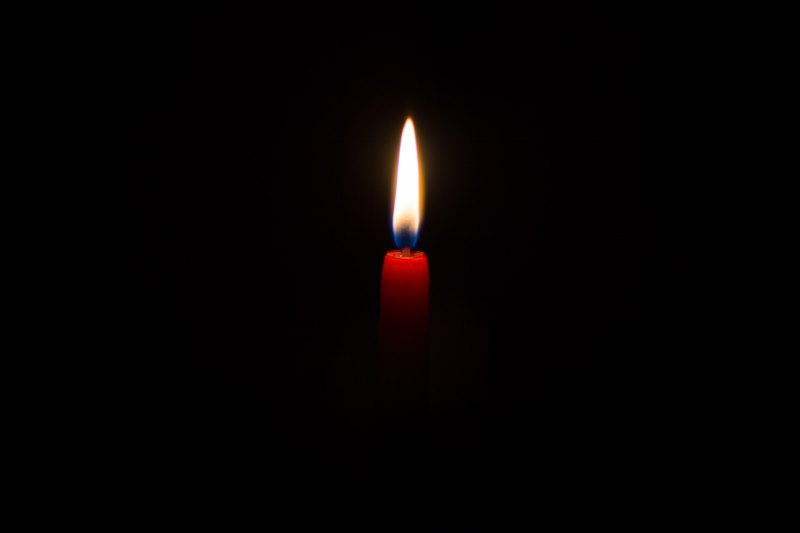 This post, as with many of this type, has its origins in Quora. For those who don’t know, Quora is a site that allows users to pose a question. This question can then be answered by anyone wishing to do so. I, for example, answer questions about colon cancer, largely based on my personal experiences. People are then able to comment on my answers. Many of these comments are pointers to alternative cancer ‘cures’. And, recently. I’ve had a number of comments suggesting I use meditation to cure my cancer.

So, I thought I’d look into it, and see if it might be possible for meditation to cure cancer.

The first stumbling block is that the word ‘meditation’ seems remarkably difficult to define. The main reason being that meditation has existed in so many cultures, for so very long, that everyone has their own ideas of what it means. This can lead to an element of tribalism, with adherents claiming that theirs is the only true form of meditation. Which is a shame, but such is human nature.

I have no desire to get drawn into arguments about which form of meditation works best. Instead, I’ll give an overview of the major varieties. I will not, however, include the form of ‘Meditation and Movement’, things like Yoga and Tai Chi. I feel that this is significantly different from the other forms of meditation to be considered separately, at a later date.

My best understanding of the major classifications, or varieties, of meditation is:

Now, obviously, this is an incomplete list. For a start, there are a great many hybrid forms of meditation, which draw on two, or more, of the varieties listed above. I apologise to those with an expertise in meditation, for whom this list might seem a gross oversimplification. But the object of this post is simply to establish whether any form of meditation can cure cancer. To help with that, I need to establish some common ground.

Dictionary definitions of meditation aren’t actually that useful. You get things like:

Accurate, but not particularly helpful!

Definitions derived from academic studies aren’t a whole lot better. A 2009 study, by Bond et al, sought criteria “for use in a comprehensive systematic review of the therapeutic use of meditation,” This study came up with three criteria it considered essential to any meditation practice:

And, with these, I think we’re getting somewhere. That said, these are still very much related to the ‘what’ of the process, without looking at the ‘why’. Which is to say, ‘Why do people meditate in the first place?’.

And you thought the last gross oversimplification was bad…!?

Look, I’m trying to distill a huge area, that has been studied for millennia, down to a single word, so bear with me.

Admittedly, I’d hoped that the word in question would have been to ‘heal’, but no such luck. While healing is certainly one of the primary goals of making a connection, through meditation, the connection comes first.

As to what you’re seeking to connect with, well, once again; that varies:

Whichever route you take, if you are successfully able to make the connection, it lets you know your place in the World. Knowing your place, removes uncertainty of purpose. Less uncertainty in your life leads to more peace. Being at peace with yourself reduces stress, and less stress is good for your health.

And it has long been accepted that those with less stress are happier, healthier people.

As such, the reasoning goes: because meditation reduces stress, and; stress-free people are more healthy, then; mediation is good for your health.

Anecdotally, this is as obvious as the day is long. Scientifically, it has been harder to prove.

More recently, though, the benefits of meditation are becoming accepted by the scientific and medical communities. Indeed, even the Cancer Research UK site has a page on meditation. Although, and to be clear, this page makes no suggestion that meditation can cure cancer. It just lists the benefits to cancer patients of having less stress in their lives.

I can certainly attest to that!

Indeed, this is the approach of most cancer related sites, in terms of meditation. There is no talk of meditation forming a cure, just of its benefits to a patient’s state of mind. Which, in itself, is a huge deal. In any rate, here are some examples of these sites:

This dynamic shifted, though, with the publication, in 2008, of a Harvard study titled: Genomic Counter-Stress Changes Induced by the Relaxation Response

Long story, short; this study indicated that meditation could cause changes in the human body, at the genetic level.

Basically, that meditation could improve your genes…

The study looked at three groups of about 20 people, for a period of eight weeks. One group was made up of long-term daily users of meditation (and the like*). A second group was taught to meditate during the eight weeks. The final group was the control and didn’t do any form of meditation.

[* It wasn’t just meditation, for more details, see this article.]

At the end of the eight weeks, the group of experienced, long-term daily users of meditation showed 2209 of their genes were expressed differently to the control group. Those trained to meditate during the process showed 1561 changes.

The difference in expression of the genes meant that they had either been ‘switched on’ or switched off’. In the words of the article:

In other words, meditation – short or long term – causes hundreds of genes to turn on or off.

The majority of these genes were involved in cellular metabolism. In particular, how the body deals with Oxidative Stress. This becomes particularly pertinent to this post because:

In humans, oxidative stress is thought to be involved in the development of … cancer.

Wikipedia also lists another 16 major diseases and afflictions associated with oxidative stress, which tells me; more research is needed!

In relation to cancer, the body of the study says the following:

We tested expression values of all the genes in the relevant sample groups against 1687 gene sets obtained from the MSigDB2.0 for enrichment belonging to various metabolic pathways, chromosomal locations and functional sets (gene sets related to cancer/cancer cells are not included).

Which, essentially, means that this research has no bearing on cancer. They are making no claims that meditation, even indirectly, can cure cancer. To be fair, they’re not saying otherwise, either. They’re specifically leaving cancer out of it.

So, where does that leave us?

Well, it leaves us with research indicating that you can use meditation to make physical changes to your body. This could be interpreted, by those with a will to do so, to mean that you can physically heal your body using the power of your mind.

The problem with this is, that such claims take meditation away from complementary therapy, into the realms of alternative therapy. Therapies that you should have instead of conventional treatments. And this is where it can get harmful. People who are convinced to follow alternative therapies, instead of conventional treatments, can, and do, die as a result.

Of course, claims that meditation can cure cancer are nothing new. In 1984, vet and cancer survivor, Ian Gawler wrote the self-help book, You Can Conquer Cancer, partly to this effect. As with the vast majority of those putting their survival down to alternative means, Gawler did have some conventional treatment as well. He was also diagnosed with TB at around the same time, which might have led to symptoms that could have been confused with cancer.

My point is that Gawler’s personal testimony should not be confused for scientific proof. Nor, for that matter, should it be discounted out of hand. Gawler’s case should simply be included in the entirety of information involving meditation and cancer. It is the consensus established by continued research that should be relied upon.

It is worth knowing that other studies do exist that indicate that meditation can cause physical changes. A 2014 study looked at telomere length in breast cancer patients. Telomeres are the safety margins at the end of chromosomes. Each time a cell replicates itself, a bit of the telomere is lost. After a certain number of replications, the telomeres are all gone and the cell can no longer replicate properly. As such, shortening telomeres are an indication of aging. Sort of…!

Moving on; the stress from a cancer diagnosis has been associated with a reduction in telomere length. The study found that meditation reduced stress to the point that the telomeres didn’t shorten so much. Again, while this study is fascinating, it is not indicative of meditation being a cure for cancer. Not that it’s suggesting otherwise.

In fact, I couldn’t find any research that made the claim that meditation could cure cancer.

I did find plenty of anecdotal evidence; people’s personal accounts and the like. But, as ever, these experiences are not the same as evidence or proof. The old conundrum of, correlation is not causation. To be proof, you need to show: my cancer was cured because I meditated.

Not: my cancer was cured and I meditated.

Which is why it comes as no surprise that Wikipedia includes meditation in its List of unproven and disproven cancer treatments, page. Here, it states:

According to the American Cancer Society while meditation “may help to improve the quality of life for people with cancer”, “available scientific evidence does not suggest that meditation is effective in treating cancer or any other disease.”

So, no, meditation can’t cure cancer.

But it can do amazing things.

Firstly, through effective meditation it may actually be possible to elicit physical changes in the body. Now, I accept that these changes are due to the presence, or absence, of certain stress-related hormones, But, even so; that’s kinda cool.

Secondly, and far more importantly; it can make the lives of cancer patients less stressful and, therefore, more healthy. A healthier, less stressed, cancer patient is one more likely to respond to treatment. Which means that, while meditation cannot directly cure cancer, it can help conventional cures be more effective. And that’s not nothing.

Which is why I heartily recommend that cancer patients look into the various options of meditation. Find the one they think they can best get on with, and start meditating. And not just the cancer patients, but their family and friends. The people supporting the patients need as much help with stress as the patients themselves.

But, be aware that up to 25% pf people who start meditating report a negative experience. If this happens to you, try a different meditation system. Also, remember that it can take a number of weeks of practice to feel the full benefits of meditation.

Ultimately, meditation is most likely to help you get through your cancer, so why not give it a go?