PrevPreviousHow Does One Achieve Immortality?
NextThe Tough Mudder With a TeenagerNext 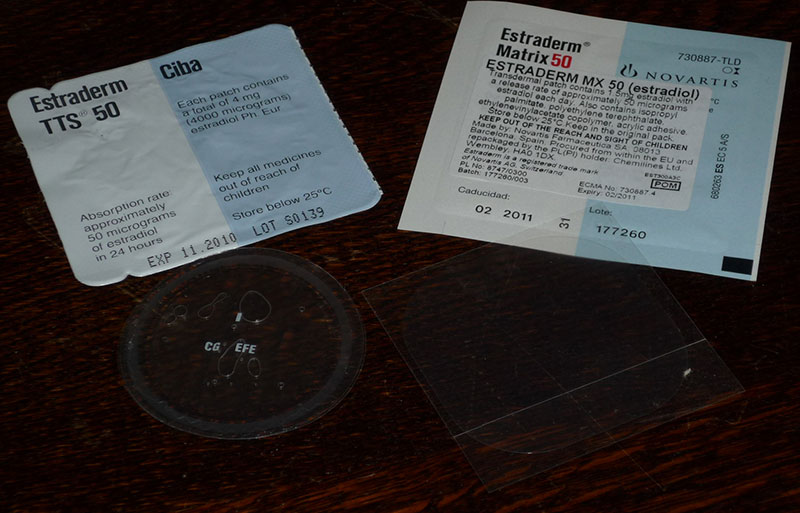 HRT is a form of hormone therapy which is used to treat the symptoms associated with the Menopause. The menopause typically occurs at around 50 years of age and can lead to a variety of symptoms. Some of these symptoms can be very unpleasant. HRT is known to help alleviate the symptoms of menopause, yet only around 1 in 10 menopausal women in the UK take HRT. It used to be more than twice this number, but then a 2002 study linked HRT to Breast Cancer. So, can HRT cause cancer?

The short answer is, Yes!

The long answer is, It’s complicated!

To further complicate matters, there are different forms of HRT, which have a different relationships with the risk of cancer. Other huge variables are: the age at which you start taking HRT, and; the length of time you’re on it.

One thing is for certain; this isn’t an easy choice for those having to make it.

And given that half of the population is going to have to make it, it’s worth looking at the specifics of menopause in a bit more detail.

Under normal circumstances, menopause is defined as the point at which a woman has not had a period for a year. This will usually happen between the ages of 49 and 52. However, certain types of surgery and medication can cause menopause to happen sooner:

When menopause occurs naturally, without outside influences, there are three specific stages involved:

The symptoms of menopause usually last in the region of four years. And HRT, if it’s to be taken, is usually only done so for the duration of the presence of these symptoms. As such, HRT would only really be expected to be taken for around four years. This is important, because it is known that the risk that HRT will cause a cancer, increases with the length of the treatment.

So, what risks are we actually talking about here. I’m going to start with Breast Cancer, because that seems to be both the most well known and the most researched. It is however, also the most confusing…

The finding was that taking the combined form of HRT increases the risk of breast cancer by 75%.

Clearly, this sounds horrifying. But it needs to be put into the context of the actual figures.

In a population of 1,000 women between the ages of 50 and 54, who are not taking HRT, there would be an estimated 12 cases of breast cancer.

In a population of 1,000 women between the ages of 50 and 54, who are taking HRT, there would be an estimated 19 cases of breast cancer.

This means that taking HRT will cause an extra 7 cases of breast cancer per 1,000 women.

The NHS, however, cites different figures:

More recent research suggests that these small increases in risk were actually incorrect. That they underestimate the real risk by 60%. In 2016, the British Menopause Society reported on a study published in the British Journal of Cancer:

However, and just because things aren’t already confusing enough, a report in the Journal of the American Medical Association, from 2017, concluded that:

Among postmenopausal women, hormone therapy with CEE plus MPA for a median of 5.6 years or with CEE alone for a median of 7.2 years was not associated with risk of all-cause, cardiovascular, or cancer mortality during a cumulative follow-up of 18 years.

And, while I don’t speak ‘Doctor’, this seems to be indicating that using HRT does not increase your overall health risk.

Which isn’t to say that HRT does not cause breast cancer. Because the consensus it that it does. What this suggests is that the increased risk of breast cancer balances out against the health benefits that you gain from HRT.

The one thing that everyone does seem to agree on, though, is that the risk of developing breast cancer returns to normal once you stop HRT. This process takes between 1 and 4 years, depending on the source, but they all agree it happens. This means that four years after finishing HRT, your breast cancer risk is no different to that which it would have been if you hadn’t taken HRT at all.

There is, however, more to HRT than just breast cancer. For a start, there’s ovarian cancer. However, the risk from this is described on the NHS site as being, “very small”, because:

A recent study found that for every 1,000 women taking HRT for 5 years, there will be 1 extra case of ovarian cancer.

Then there is womb cancer, which, through no fault of its own, is going to introduce the next couple of variables…

Which naturally brings us to the different types of HRT. And, while we’re here, we might as well look at the different ways in which HRT can be taken, because that can also impact on the potential side effects.

I’m going to quote the Cancer Research UK site for this bit, because they have it excellently summarised:

The two main types of HRT are:

In terms of how the combined version of HRT is taken, this is done in one of two ways:

• Cyclical (or sequential). Oestrogen is taken daily but progestogen is given in monthly or three-monthly doses

• Continuous. Both oestrogen and progestogen are taken together every day HRT can be taken in different ways, including as tablets, patches or gels.

There is an increased risk of blood clots when taking HRT tablets, compared to patches or gels. I’ll, once again, quote from the NHS site to explain the risks involved:

It’s thought the risk of developing a blood clot is about 2 to 4 times higher than normal for women taking HRT tablets. But as the risk of menopausal women developing blood clots is normally very low, the overall risk from HRT tablets is still small.

It’s estimated that for every 1,000 women taking HRT tablets for 7.5 years, fewer than 2 will develop a blood clot.

Coming back to the other risks from HRT…

There are a couple of risk factors for which the link with HRT has not been well established, specifically; Stroke and Heart Disease. For both of these, there are conflicting studies about whether taking HRT might have a positive or negative impact. As such, I’ll leave these be, and just link to the Wikipedia page on HRT, which is a good place to start for anyone who wishes to investigate further: Hormone replacement therapy.

Which brings us to the flip side of the coin.

Research has shown that, for some conditions, taking HRT can actually have beneficial consequences.

For example, those who take HRT are at a lower risk of hip fracture. This benefit actually persists even after the treatment finishes, although to a lesser degree. In terms of muscles, certain types of HRT actually reverse the effects of aging.

For me, and given my circumstances, the most interesting beneficial consequence is the lower risk of colorectal cancer, for those taking the combined version of HRT.

Any decision about whether or not to take HRT should be made in conversation with your doctor. There are fears that there are a lot of women who have been so put off by the reported link to breast cancer, that they’re not even discussing HRT with their GP. Which is a shame, because there’s so much more to HRT than just the risk of breast cancer.

So, yes, it is possible for HRT to cause breast cancer. But, providing you’re not specifically at risk from breast cancer. And if you’re having unpleasant side effects from menopause, I don’t see any harm in just having a chat with your doctor about your options.

PrevPreviousHow Does One Achieve Immortality?
NextThe Tough Mudder With a TeenagerNext