How Does One Achieve Immortality? 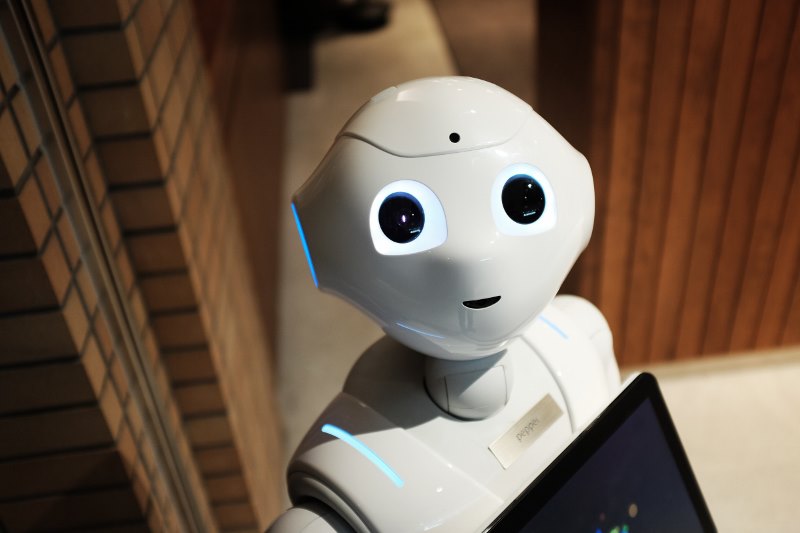 With the results of my latest scans showing that I remain cancer free, I have a six month window of opportunity to fill. Hopefully, much more than six months, but my next scans are set for then, and the wait for those results will, inevitably, derail me somewhat. But, for now, I’m free, and my mind has become focused on fulfilling my decades old plan of publishing a novel. Flicking through some of my old Sci-Fi ideas, I’ve been reminded of the concept of immortality. Which, for a number of reasons, led me to wonder; how does one achieve immortality?

For a lot of people, the solution to this is very simple. You properly adhere to your faith and, upon death, you achieve immortality by ascending to the afterlife. To put this in terms of Christianity; believe in God and you go to Heaven. I know this is simplification, but you get the gist.

On which basis, science cannot rule out that it is possible for the faithful to achieve immortality by adhering to the tenants of their respective faiths. Likewise, though, no one can prove the opposite. And, in the absence of proof in any direction, there is no point in further speculation on my part.

Besides, given my utter lack of faith, this route to immortality is not open to me anyway. Unless there has been a serious relaxing of standards that no one has been told about. Or, more interestingly, that Dark Matter and Dark Energy also includes the various versions of Hell…

So, just a little extra speculation on my part, after all…!

And I am by no means the first to speculate on the matter of immortality. The Greeks have been documenting their thoughts on the matter for more than 2,500 years. Which would tend to indicate that it’s been talked about and discussed for a damn sight longer than that. Virtually all of these thoughts and discussions are based on the concept of there being two parts to a person: their physical body, and; their non-physical soul.

The soul is typically thought of as either:

The concept of a soul, and immortality, is fascinating. Which is why it crops up so often in works of Science Fiction and Fantasy. There are many and varied ways to achieve immortality in the minds of novelists. I’ll have a brief look at some of my favourites.

One that’s currently very popular is the idea of mind uploading. This is so prevalent, it even gets discussed on The Big Bang Theory, in the episode The Calciferous Vegetable Amplification. In this episode, Sheldon is seeking to ensure that he lives long enough to reach the age where his mind can be successfully uploaded. This is because, in science, there is a predicted date (50% chance by 2040-2050) when this will actually become possible. The process even has a name, the Technological Singularity.

This, of course, is wildly optimistic. I mean, how often does science accurately work to a deadline!?

Besides, what is far more interesting is the implications for the soul. If a person’s mind is digitally transferred to a computer, does the soul go with it? If not, what happens to the soul? Is the digital copy of the person even technically alive, regardless of the matter of the soul? Thankfully, these are all problems for my grandchildren to worry about.

My other favourite way that Sci-Fi tends to achieve immortality is by curing death. Typically by working out a way to stall the aging process. Again, a concept that seems all too possible, if currently out of reach, within the realms of known science. And, while this medical immortality may well have a use in the future, when we’re expanding into the stars, right now it would cause mayhem.

It is anticipated that the human population will peak at some point in the next 50 years, or so, after which it will start to decline. Obviously, this will not happen if we achieve medical immortality. I mean, just because people stop dying, doesn’t mean that they are going to stop having kids. So, who gets to live forever? Almost certainly only the super-rich; those who can afford to buy loopholes in whatever regulations are set up to prevent global overpopulation.

But in the stories where medical immunity is achieved, it isn’t who gets the immunity that interests me. It’s what the impact that living for century after century has, on those that do. The speculation is, that most people will choose not to achieve immortality. Because it’s just so soul destroying, seeing generation after generation of people you know and love die, while you go on. The consensus seems to be, and I agree, that there will be very few people who make it past a couple of centuries. Unless you’re a sociopath, in which case you may well be okay.

Ooo, I’ve just had a thought… This principle is surprisingly well covered in the film The Highlander, where The Kurgan is an example of how a sociopath might thrive with immortality. If nothing else, this reminds me that the girls have never seen The Highlander, something that’s going to change in the very near future. And you should watch it too.

Given that the options to achieve physical immortality seem to be a choice between: becoming a robot, and; two centuries of increasing depression, what other options are there?

Well, if you’re not going to be immortal, you need to do something that will be. You need to leave your mark. You need to make the memory of you immortal, such that everyone that comes after you, knows who you are. There are three obvious ways that you might be able to do this:

When I say ‘Biological’, I’m not talking about cloning. I’m talking about procreation. Biologically speaking, our genetics live on in our children. To some extent, it’s true to say that a piece of you is passed down through all the future generations of your progeny. Which means that, as long as some descendant of yours is alive, a tiny piece of you is alive with them.

Even so, barring catastrophes, there is a 4 in 5 chance that every person alive in the year 8019 will include a little part of you. How is that for immortality?

To achieve immortality by physical means, you have to build something that will really make a mark. Really stand the test of time. Geological time…!

There are a number of monuments on Earth that have really made a mark. The Pyramids at Giza, for one. Mount Rushmoor, for another.

The Great Pyramid at Giza has stood for 4,500 years, which is pretty impressive. But who built it? No one has a clue. Who was it built for? As very few of you might know, it was built for the Pharaoh Khufu. I certainly didn’t know that. And even then, this is just the working theory of current Egyptologists. Which means that it might not even have been built for Khufu at all.

So, what about Mount Rushmoor. That was built less than 100 years ago.

So, go on then; who was the sculptor? Who was it that made this mark?!

No? It was a chap called Gutzon Borglum.

Okay, so what about the four presidents featured on the mountain, can you name them? Because I can’t. Now, I’m confident that many more people will be familiar with the faces on Mount Rushmoor, then the person interred in the Great Pyramid. But how many? What percentage of the World? I’d guess it is less than 1%.

And what percentage will this be in the year 8019? Will the faces even still be there, let alone identifiable? Erosion is relentless, after all. Basically, I don’t think that you can achieve immortality be leaving a physical mark. Monuments may seem permanent when they’re built, but they’re not. Memories of monuments, even less so.

And that brings us to our final way to achieve immortality. The one that is most relevant in this day and age: fame!

And to quote the lyrics of the 1980 song by Irene Cara:

Okay, fine, the quest for fame is hardly a new thing. But, with the advent of the internet, YouTube and Social Media, it does seem tantalisingly within everyone’s grasp. After all, internet celebrities and influencers have made the transition to literature, music and television and film. And, surely, these days, if you can get famous enough, you can achieve immortality…! Right?

Well, that depends; how many people can you name from 1,000 years ago?

I’ve just had a look at the Wikipedia page for the 12th Century and looked down the list of Significant People. Outside of various Kings of England, of whom I’m dimly aware, I recognised two:

And of the current crop of famous individuals, who might realistically be expected to be universally remembered 1,000 years in the future, let alone in 8019? Someone from industry, like Bill Gates? Only if Microsoft is still going. A politician, maybe? Not judging by the experience of Mount Rushmoor. Someone from music, perhaps? Almost certainly not, music today is unlikely to be timeless. Frankly, it’s incredible how few acts stay relevant for 8 years, let alone 8 millennia. And, while there are plenty of good painters and sculptors, none seem to be groundbreaking enough.

The other groups of people that stick in the public consciousness are scientists and explorers.

So, what about scientists. Perhaps one of the following will still be talked about when the 8th millenium is toasted in:

These are the people who, in 2017, made up the, The 10 greatest living scientists in the world today. So obviously I don’t have to mention what made them so influential… After all, if we don’t know who they are now, how can we expect them to achieve immortality. I’ll give you a hint, some of them are famous in fields that are really relevant to this post, like:

No? Well, that leaves us with literature. Where we find J.K. Rowling. The first, and only, novelist to become a Billionaire. Will her works span across the centuries? The millennia? Maybe.

Could it be Walt Disney, the man behind the corporation that is currently consolidating all of the most popular entertainment under one roof? Again, maybe…

But I’m not convinced.

Personally, I think the most likely way to achieve immortality is this.

The stuff the goes on the internet, all the time.

Unless the internet is periodically cleared of cached files, there is a very real chance that this post, along with every other thing on the internet, will last forever. And why not? It’s living, breathing history.

Of course, as time passes, the sheer volume of information available will swamp everything that went before. But, it’ll still be there. Your words, thoughts, images and videos. For as long as humanity survives.

And this, I think, is the only real way that anyone could expect to achieve immortality.

If they so wished…

Because, and going back to Highlander, and the song written by the great Brian May, and Queen;

Who wants to live forever?
Forever is our today.

If I’m right, we’re all going to achieve some semblance of immortality, whether we like it or not. If only this was more widely known, maybe everyone would concentrate on being nicer to each other on the internet…