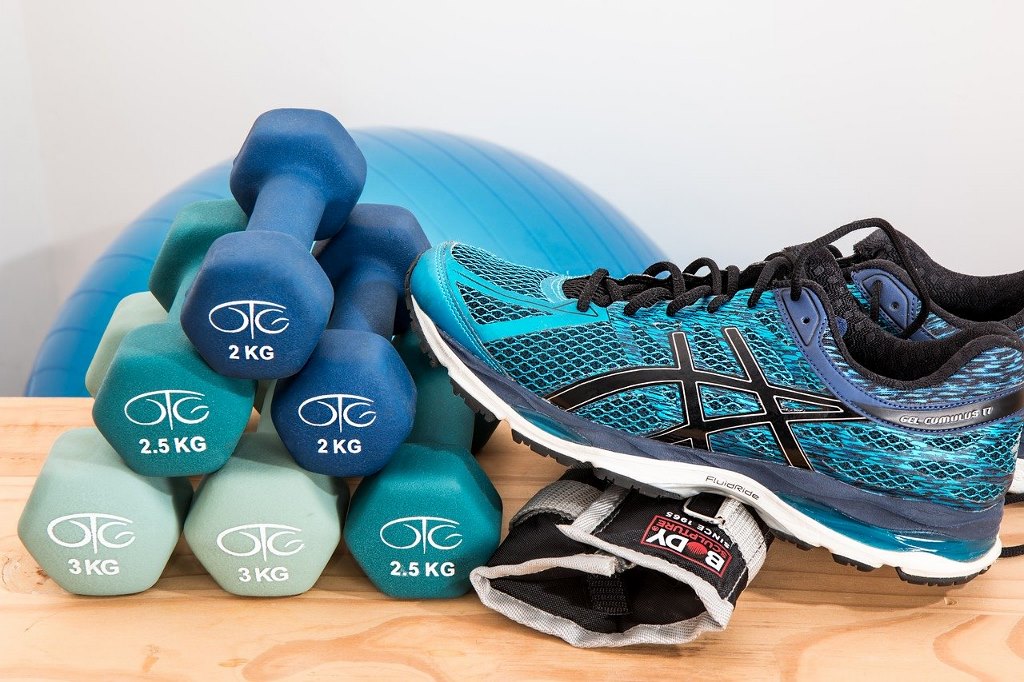 In October 2019, a paper was published in the American Cancer Society Journal called, Exercise is Medicine in Oncology. And, as we all know, medicine is used to cure disease. So, does this mean that exercise can be used to cure cancer?

But probably only in a limited number of cases…

Mind you, this all ties into the way that studies into the effects of exercise on cancer are conducted.

These studies are observational. Which is to say; groups of people are watched over a long period of time and then their experiences with cancer are compared against the norm. And if after, say, 7 years, the test group has 20% fewer cases of cancer than expected, this is observationally significant. But, as I so often harp on about: correlation does not mean causation. Or, as one of these studies puts it:

Which means that, for the purposes of this post, if enough people who exercise as part of their cancer treatment, then go into remission, there is certainly a valid arguement that exercise can cure cancer…

But, outside of this post, we’re not there yet. There haven’t been enough studies looking into the rates of remission in those cancer patients who do enough exercise. And that’s a shame, because the NHS reported, People with cancer ‘need more exercise’, back in 2012. So the knowledge that exercise is important in recovery from cancer is hardly a recent development.

In fact, the focus of the article, on which the NHS reported, was than only 20% of cancer patients were being told how important exercise was to cancer recovery. The point being, that this was not enough. And, thankfully, things have certainly changed. There is now a much greater emphasis on early activity and exercise after cancer surgery. But, in terms of the general concept, that all cancer patients need to exercise, as a form of treatment? I’m not sure that message is getting through.

And it should be.

So, the NHS page, which was reacting to an article in the Daily Telegraph, which was, itself, reporting on research from MacMillan Cancer Support, has this to say:

“Macmillan cites research that found that people who took regular exercise had:

And, seeing as my particular cancer is colon cancer, let’s focus on that:

With regular exercise, there is a 50% reduction in the chance of the cancer returning, or the patient dying of colon cancer…

Regular exercise cuts the number of deaths of colon cancer patients in half!

If that isn’t saying, ‘regular exercise can cure colon cancer in some people’, then it’s pretty damn close.

Which leads to the obvious next question: What is meant by, “regular exercise”?

Well, here MacMillan tries to help. There is guide to getting more active on the MacMillan site called, Get Active, Feel Good. This includes the section, Physical Activity and Cancer Treatment. And, in this, there is a link back to another part of the site called Eating Well and Keeping Active. And, while these are all good resources, they don’t actually define what is meant by “Regular Exercise”.

Not that I blame them.

Cancer patients are all unique individuals, with their own specific set of health concerns. You can’t say something like, ‘Go for a 3 mile (5 km) run, 4 times a week’, because not all cancer patients can do that. In fact, given that the chance of developing cancer increases with age, it’s fair to say that most cancer patients can’t do that. I certainly couldn’t, and I’m not even 50, yet.

To give an idea of how tricky a proposal it is to define the term, Regular Exercise, you just have to look at the American College of Sports Science’s, Exercise Guidelines for Cancer Survivors. This is a long, detailed and complicated report. But it’s still not trying to tell you what is meant by Regular Exercise. It’s trying to set out how health care professionals can work out what would be considered Regular Exercise for any given cancer patient.

And, it’s certainly good to know that care is being taken in this matter. But we, the laypersons, just want something nice and simple to work with.

Fortunately, there’s also a dumbed down version, for people like us!

The UK government and the World Cancer Research Fund (WCRF) have suggestions to help prevent cancer and other conditions. They say that all adults should try to do at least one of the following ways of exercising:

Except… What is meant by, “Moderate Intensity Activity” and “Vigorous Activity”…?

I’m not going to mess around here, I’m going straight to the World Health Organisation:

All of which establishes that exercise can certainly treat cancer. For some people, it’s fair to say that exercise could even cure their cancer. But what about prevention. Can exercise prevent cancer, after all; prevention is better than cure…

I’ve covered some of this, but from the other side, in a previous post, which asked, Can Obesity Cause Cancer. The answer to which is, yes.

Obesity is linked to increases in 13 types of cancer. These links have the same correlation/causation caveat that I mentioned, above. But, in practice, does obesity increase your risk of these 13 types of cancer. Which means that obesity causes cancer.

The problem is, that this isn’t strictly true!

Sure, being obese increases your risk of these cancers. But, not being obese just means that you’re in the normal risk range. If you never get obese, no amount of exercise is going to impact on your chances of getting these specific 13 cancers. You weren’t at an increased risk from them, in the first place. Therefore you can’t reduce a risk that never existed.

On the other hand, with exercise, you can prevent this cancer risk from ever arising. Which is definitely a good reason to keep exercising.

And, most importantly, if you are obese and you exercise your way back to a healthy weight, then you have reduced your risk from these cancers. But only if you were obese to start with.

I’m sorry if this seems like pedantry, but I think it’s important to be clear with what’s at stake here.

Just because you’re doing lots of exercise and you’re at a healthy weight, doesn’t mean that you’re living a healthy lifestyle. You can be doing loads of exercise but still exposing yourself to plenty of carcinogens:

All of these increase your risk of cancer.

So it’s no good being at a healthy weight and thinking, “I’m reducing my cancer risk with all this running.” Then swinging by the pub for a bacon sandwich, half a pack of cigarettes and a few pints with your mates. That’s not how it works…

But, enough about the negatives, let’s get on to the positives.

Again, this is nothing new. Way back in 2008, Cancer Research UK reported on a Swedish study, which found that Exercise Cuts Cancer Deaths in Men.

They found that a more intensive programme of walking and cycling for between an hour and an hour and a half a day, led to a 16 per cent lower incidence of cancer. But these activities only led to a five per cent reduction in cancer rates among the men who walked or cycled for 30 minutes day

This isn’t talking about recovery from cancer. Although they also studied cancer recovery, and found an increased survival rate of a third, for those who exercised. Instead, and as stated by Dr Lesley Walker, director of cancer information at Cancer Research UK:

This study gives us a clear indication that men who exercise are less likely to die from cancer, and that they are more likely to survive the disease if they get it.

The report only refers to men, not because it means that women can’t reduce their risk of cancer through exercise, but because the report only studied men.

Since then, there have been more studies. In 2019, for example, the American College of Sports Medicine produced a report on Physical Activity and Cancer Prevention. This report stated:

And the National Cancer Institute has a very good page going into detail about these several types of cancer. The Physical Activity and Cancer page lists the following 7 cancers where risk is reduced by exercise:

This National Cancer Institute page then also goes into how physical activity might reduce the risk of cancer. But, as this post is already getting pretty long, I’ll leave it to you to check out the page, if you’re interested.

All we need to know, really, is that regular exercise has been shown to prevent some cancers. As to how this happens?Personally, I don’t care! I just glad that it does.

So, where does that leave us, with regard to the question, and whether exercise can cure, treat and/or prevent cancer?

Well, to my mind, in a really happy place.

Exercise can absolutely be used to treat cancer. There have been any number of studies which demonstrate that cancer patients who do regular exercise have much lower rates of recurrence and fatality. Consequently, it is surely okay to argue that exercise has been the cure of the cancer in some of these people?!

Exercise can also definitely reduce your chance of developing some types of cancer. That said, this is not, ‘exercise being the cure for the cancer’. However, and as I said before: prevention is better than cure. So exercise can still take some of the credit.

And, in practical terms, what does that mean for us, as individuals?

Basically, everyone is better off if they do regular exercise.

And not just because it reduces your risk of cancer. But also because it increases your quality of life.