Can Sugary Drinks Cause Cancer? 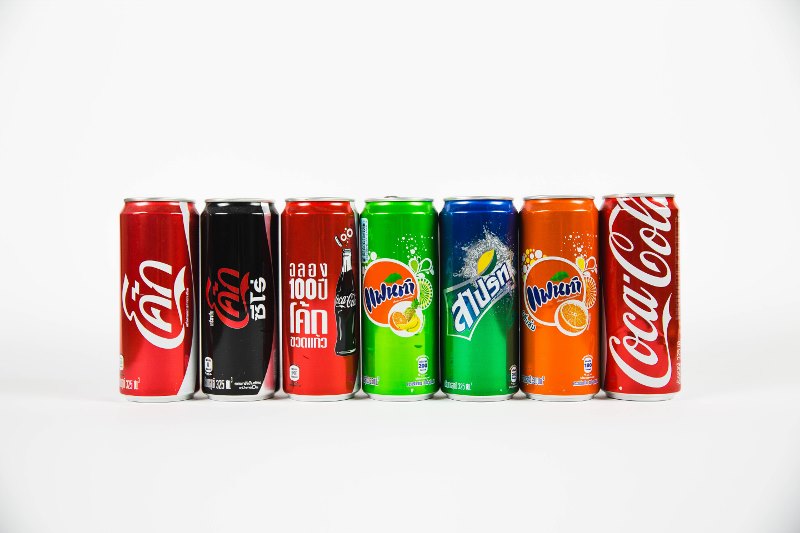 The study looked at more than 100,000 people across a period of five years. It looked at the drinking habits of two groups and compared them against the risk of cancer. The two groups were:

Starting with the results of those consuming artificially sweetened drinks, and in line with my previous post, the finding was:

The consumption of artificially sweetened beverages was not associated with the risk of cancer.

In contrast, the a link between sugary drinks and cancer was found:

I should point out that the word ‘significantly’ is being used, here, purely in the mathematical sense. It means that there is a strong correlation in the results. That there there is a strong link between sugary drinks and cancer. Not that sugary drinks strongly (significantly) increases your chances of developing cancer. Because, as I will get on to, this is not the case.

But this report wasn’t just focused on beverages like soda, it also looked at 100% fruit juices. Things like the freshly squeezed orange juice, that you might consume with your breakfast. And this is where things might get complicated, because:

In specific subanalyses, the consumption of 100% fruit juice was significantly associated with the risk of overall cancer…

100% fruit juices were also positively associated with the risk of overall cancer.

I can’t see the health and fitness industry taking this at all well!

But, the reality is that it shouldn’t come as any surprise. In terms of calories, sugar is sugar. All sugar is four calories a gram. And there are around nine grams of sugar in 100g of orange juice. Which works out to about 20g, or four teaspoons, of sugar per glass. Which is not an insignificant amount. For more information on sugars, see the post I did on my Chubby House Hubby site.

A persistent calorie surplus leads to an increase in weight. If this continues unchecked, it becomes obesity. And obesity is definitely linked to 13 different types of cancer, regardless of the direct relationship between sugary drinks and cancer.

But, what does all this mean in the real World? How does it impact on you?

Switching to the NHS website page on this; the research found that:

each additional 100ml of any sugary drink a person drank a day increased cancer risk by 18%.

And, as the equivalent page on the BBC site explains,100ml of sugary drinks a day is the equivalent of, “about two cans a week“. My immediate question about this is, ‘Who drinks a third of a can a day?!’

I drink two cans of artificially sweetened cola a day, Pepsi Max to be precise. If someone was mirroring my drinking habits with sugary drinks, this would mean they’re drinking 14 cans a week. Not two. Does this really mean that their cancer risk increases by seven lots of that 18%? By 126%?

I think that now would be a good time to mention that the conclusion of this study is very clear: that further study is needed.

The current study was done in France, solely featured adults and was nearly 80% women. This is quite a narrow focus group in relation to all the peoples of the World. (In actual fact, the study is still ongoing, this is just the report of their finding up until 2017.)

While we’re waiting for these extra studies to be done, we must limit ourselves to the findings of this report.

In the study, for every 1,000 people, there were 22 cancers. As the BBC page explains, this means that:

Right, does this mean that the findings of this study can be taken as definite proof that drinking sugary drinks can cause cancer? No.

The study takes the form of a questionnaire, asking people what they’ve been drinking. The conditions of the study are nowhere near rigorous enough to prove that the consumption of sugary drinks is the sole reason for the increase in cancers. There could be any other number of other factors at play.

As such, it cannot be definitely said that consuming sugary drinks can cause cancer.

That said, it’s extremely likely that there is a link.

Just because the research can not be definite that sugary drinks can cause cancer, is not proof that they do not. To my mind, on balance of probability; drinking sugary drinks will increase your chance of developing cancer. And the more sugary drinks you consume, the greater this risk increases.

Again, this should not be that unexpected. As I established in my post on the matter, being obese can cause cancer. In the UK, the link between sugary drinks is so well accepted that a tax has been introduced to address the matter:

And the UK is certainly neither the only, nor the first, country to introduce such a tax. The purpose of these taxes is to either force manufacturers to reduce the levels of sugar in their drinks, or drive consumers to lower sugar alternatives. And the reason this is happening at all, is to try and address the obesity crisis that is gripping so many places.

So, in this respect, hearing that there is a link between sugary drinks and cancer is no surprise. At the risk of seeming facetious… and, in other news; water is wet!

Which isn’t to say that sugary drinks or, indeed, fruit juices are inherently carcinogenic. Of course they’re not.

But the calories contained in these sugary drinks are a contributory factor to obesity. And obesity causes cancer. And this means that, indirectly, sugary drinks can lead to cancer.