Did the Big Bang Really Happen?

PrevPreviousWhat Does Arthritis in my Knee Mean for Hockey?
NextFebruary 2021 Update and WaitingNext 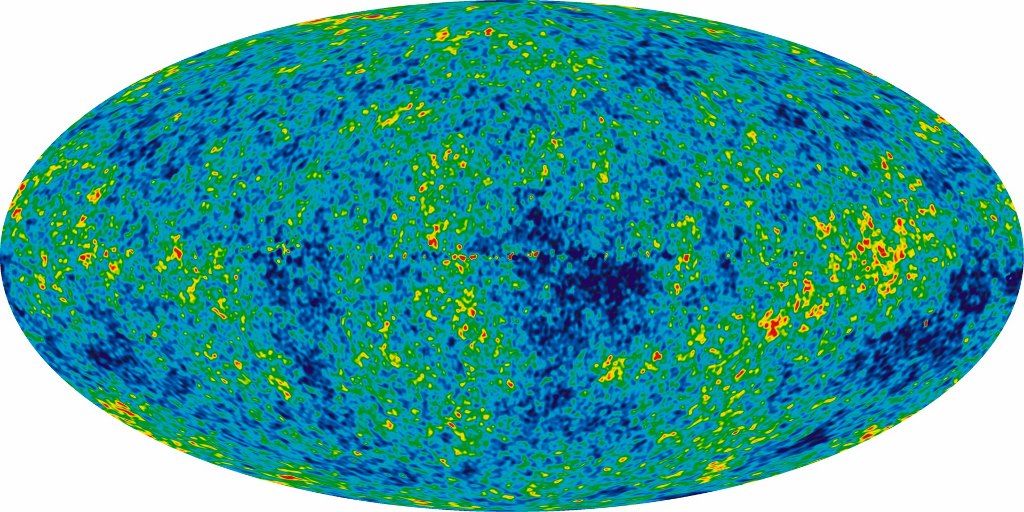 As everyone with any degree of science education knows: around 13.8 billion years ago, there was nothing… then there was a big bang. Now, as strange as it might seem, there are some people for whom this explanation sounds unlikely. And, to be fair, you can see why. So, if the idea is that unlikely, did the Big Bang really happen?

The first thing that I need to address here, is the fundamental law of physics that means you can’t get ‘something’ from ‘nothing’. Basically, energy cannot just come from nowhere. There’s a whole Law devoted to the point, called the First Law of Thermodynamics. The wording of said law is based on the works of Rudolf Clausius, among others, and states:

The total energy of an isolated system is constant; energy can be transformed from one form to another, but can be neither created nor destroyed.

Which is something that is completely known and understood by everyone with any degree of science education, as mentioned above. This also brings me on the second thing I need to address:

No one is saying that the Big Bang exploded out of nothing!

It’s just that no one knows what. Or why. Or how.

In fact, the circumstances behind the Big Bang are so nebulous (you see what I did there?!), I usually refer to the whole thing as the Grand Originating Detonation.

These things amuse me…

I mean, there are plenty of ideas and concepts about what triggered the Grand Originating Detonation. It’s just that none of them make any practical sense. A lot of these concepts involve the word ‘Quantum’ far more than can possibly be healthy. And many of them focus on ways of making the Big Bang happen in an energy-neutral way. Which is to say, a way of ‘nothing’ exploding such that it doesn’t contravene the first law of thermodynamics.

Yeah, good luck with that!

And even if someone does come up with a way of making the Big Bang energy neutral, it’ll only be properly understood by about a dozen people on the planet. And no matter how convinced these few scientists might be, something that complicated will never become generally accepted. After all, and to paraphrase Clark’s Third Law; any sufficiently complicated theory is indistinguishable from magic.

And if a scientist is having to rely on magic to make a theory work, they’re going to be outgunned by every religion on the planet. After all, if you’re going to start talking about, ‘Brane collisions in String Theory‘, you can’t be too upset if someone comes back with, ‘Kami emerging from the Chaos’!

My own personal theory is that our universe is a 3 dimensional (plus time) protrusion from an n dimensional universe. Our entire universe just sits on the side of the proper universe, like a bubble. Or a blister. Or a zit!

The beauty of my theory is that it doesn’t mess with the first law of thermodynamics. After all, this idea doesn’t rely on an isolated system. Instead, the Big Bang that kick-started our universe, leaked from another system. And, sure, that system might have been isolated before this leak. And, potentially, our universe has become an isolated system since… Ultimately, though, no Laws were harmed during the making of this theory.

As for how many dimensions there are in the parent universe? Well, it doesn’t really matter. Once you get past our three spatial dimensions, things get really difficult, really quickly. We can just about visualise the concept of a fourth spatial dimension with things like the hypercube. Anything after that, though: forget it.

And how do we know there are more dimensions than the three that we’re aware of?

Let’s start with the double-slit experiment, something that was conceived to demonstrate the wave-particle duality of light. This duality is the recognition that photons of light are both waves and particles, which doesn’t make sense in three spatial dimensions.

Which is why the double-slit experiment is so mind-blowing…

Light shone through a double-slit forms a wave pattern, which is fine. However, if you emit a stream of individual photons at the same double-slit, they don’t all just follow each other to the same point on the other side. Instead, over time, they build up the same wave pattern.

It’s like all of the photons ‘know’ where they’re supposed to go… Almost as if there’s a whole other layer to the universe that we can’t even see.

And that’s nothing compared to Quantum Entanglement!

Something that is kinda impossible.

Unless the two parts of the particles are still connected in some manner that we are unable to see.

Perhaps these two parts are both actually points along a connected string. A string that stretches beyond our observable dimensions? But a string is unlikely, because it’s only imagined in two planes*. However, this effect works in whatever direction you approach. Therefore, you need at least three planes*… So maybe the parts are actually two points on the surface of a sphere? But is even that enough, or do you have to venture into things like hyper-spheres to get close to how it works?

The simple fact is that, at this stage, nobody really knows. And there’s a good chance that nobody ever will. So, let’s just accept my model and move on.

* These examples are just for the purposes of visualisation.

I mean, certainly, we can measure that the universe is expanding. So, if you look at the rate of expansion, and the distances involved, you can project backwards and work out where it all started. And by applying maths and physics, and crunching the numbers, you can see that, 13.8 billion years ago, everything would have been in the same place at the same time. Specifically: a singularity, which is certainly something that could have caused a Big Bang to happen.

It is even possible to detect evidence of this Big Bang, by looking at the Cosmic Background Radiation. Or, more accurately, the Cosmic Microwave Background. This is a map of the universe in terms of very tiny variations in temperature (it’s also the cover image of this post). These variations are considered to be the echoes of the Big Bang itself.

So, all sorted then.

We’re all agreed that the Big Bang definitely did happen, about 13.8 billion years ago…

There’s this little thing called the Crisis in Cosmology.

In essence, the rate that the universe is expanding, based on predictions from the Cosmic Microwave Background, is different to the observations and measurements of the actual universe. Worse still, for the current best cosmological model, the λ-CDM, to work, it needs the following ratios of matter and energy to be true:

What the best cosmological Big Bang model is saying, is that only 5% of the universe is made up of the stars and planets and nebulae, etc. Everything else either consists of Dark Matter, or Dark Energy.

And just what the hell are these?!

Dark energy is the term used to describe the force that is accelerating the universe apart. Dark Matter, meanwhile is the term used to describe the source of the gravity that is holding the individual galaxies together. Neither has been measured or observed. There is also no proof that either even exists. It’s just that, without them, the way that ordinary matter behaves would not make sense.

I mentioned Dark Matter and Dark Energy in the post I made about being an atheist. To my mind, an enormous number of intelligent species must have evolved across the universe by now. Based on the experiences of humanity, many of these other species will have believed in afterlives. As such, I tend to hope that Dark Energy is formed by all these alien individuals in their respective afterlives. Dark Matter, meanwhile, could be formed by the locations that house the Dark Energy. The various forms of heaven, if you will.

Of course, all this is pure speculation on my part. And, while I hope I’m wrong, I don’t actually think that any form of afterlife is on the cards.

My point is, though, that my speculation is no less likely than anything anyone else has come up with.

It’s almost as if we’re completely missing something.

Which leads me on to thinking about the far future…

10s of billions of years from now, the galaxies will have become so far apart, that you wouldn’t know that they existed.

If an intelligent species were to evolve in that future, and get to the technological level we are now, they would form all their theories on the basis that the galaxy is the universe. By then, the Milky Way will have merged with Andromeda and the rest of the Local Group. There will still be a super-massive black hole in the center of the galaxy. Most of the stars, however, would be ancient; things like Brown Dwarfs.

It will be an entirely different universe to the one we experience now. And, through no fault of their own, the cosmologists in that future would not even consider the Big Bang theory, because there would be nothing to suggest there was any more to the universe than their, single galaxy.

Instead of considering a universe that is five times older than now, let’s look back at one that is one fifth of the age. What might we have seen 11 billion years ago, when the universe was only 2.8 billion years old, that just isn’t here any more?

If a species had evolved during that time, which had reached an equivalent technological level as us, would their cosmologists have come up with the Big Bang theory? Or would this Alpha species have formed different theories, based on the observable physics of the time?

Could it be that an Alpha blogger wrote a similar post to this one, all those years ago? A post that speculated how a later species would only see the universe, after all evidence of [unknown process] had disappeared. Could that Alpha blogger have wondered what someone like me would make of the universe, after this essential bit of information had disappeared forever?

The reality is that we don’t have all the answers. If the Big Bang did happen in the way we think it did, why don’t the theories match the observations? And why do we understand so little about anything with the word ‘Quantum’ in it? Frankly, there seems to be an awful lot that we’re getting wrong.

In which case, it’s a legitimate question to ask whether the Big Bang did happen at all!

Of course, of this Alpha species did still exist, it would be at least a Type 3 Civilisation by now. And, as such, indistinguishable from Gods, from our perspective.

Overall, then, my feeling is that the Big Bang did not happen. At least, not as is currently suggested; originating from a singularity, spontaneously or otherwise. And, in truth, this doesn’t bother me much. As far as I’m concerned, “I don’t know” is a perfectly acceptable answer.

And I don’t think it’s likely that anyone will know, in my lifetime.

When it comes to the Big Bang, and everything that’s happened since, there is just too much that we’re guessing at. It seems clear that we’re missing some fundamental underlying principle…

There’s only one thing for it: we need to ask an Alpha.

2 thoughts on “Did the Big Bang Really Happen?”

PrevPreviousWhat Does Arthritis in my Knee Mean for Hockey?
NextFebruary 2021 Update and WaitingNext