Living With An Ileostomy Bag After Bowel Surgery 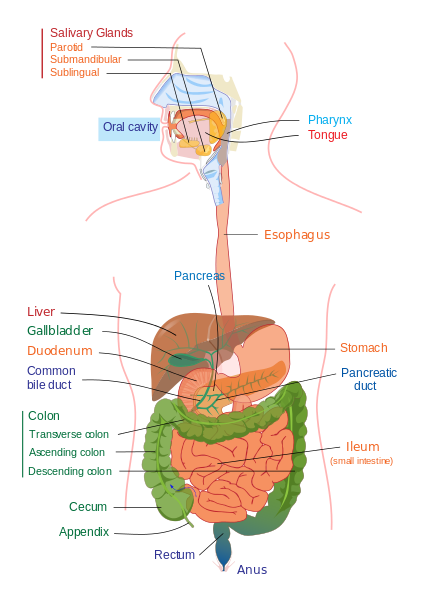 From my perspective now, though, of wanting to help inform people who are going through similar experiences to my own, I don’t have first hand experience of living with an ileostomy bag. Despite twice coming close. I, therefore, feel it is something that needs exploring.

Fortunately, I know a guy…

Dad was diagnosed with bowel cancer in 1999. Before his bowel resection surgery, he was warned that he might end up living with an ileostomy bag. And that’s exactly what happened. Between April and September 1999, dad had an ileostomy bag. So, a couple of days ago, I went and asked him about it.

The location of dad’s cancer was even further south than mine was. I lost half my rectum. Dad lost all of his and very nearly lost his anus. Had he done so, he would have had a permanent colostomy. As it was, after the tumour was removed and the two ends of the colon rejoined, the area needed a lot of time to heal. That meant that it couldn’t be used. And than meant an ileostomy would be required.

There are two main parts to the bowel:

Sometimes, in order to allow a wound to heal, part of the intestine is brought through the abdominal wall, to create a new exit for food waste. This exit is called a stoma. If the stoma is formed from the colon, this is known as a colostomy. If the stoma is formed from the ilium, this is known as an ileostomy. A colostomy tends to be in the left side of the body and an ileostomy on the right side.

Because dad’s ileostomy was temporary, he was given a loop ileostomy. This is where a small loop of the ilium is pulled outside the body and cut half way through. In doing so, the food waste exits through the cut, to be collected in a pouching system. In the case of an ileostomy, this pouching system is known as ileostomy bags. So, before the reversal surgery, you have to live with ileostomy bags.

But, more on that in bit.

Dad woke up in hospital, with tubes sticking out all over the place, as you do. He had an extra one to any that I’ve experienced; he had an epidural. This meant that, despite the fact he’d had open surgery the day before, he was in no pain. This gave dad ample opportunity to check out the ileostomy bag stuck to his body. And, although he said it felt a bit weird, he’d been expecting it and was fine with it.

Then he shifted up in his bed and, somehow, the epidural became dislodged. Things went downhill quite quickly from there. The pain kicked in and kept ramping up until he was given a hit of morphine. For the next couple of days, he was given a patient-controlled analgesia pump, to control his own IV morphine.

During this time, he was pretty well out of it, and the nurses at the high dependency unit changed his ileostomy bags, as needed. As dad started to recover, and become more mobile, he decided he needed to learn to change the bags for himself. This was prompted by a full bag falling off and messing up the bed. Dad was half way through being told off for not doing it properly, when he pointed out that the nurses were still changing the bags. At which point, an appointment was made with a stoma nurse to do the training.

Dad’s ileostomy bag, however, was a two-piece system. This system involved a base plate that stayed glued to dad’s skin, while the bags were attached and detached to and from the base plate.

The two-piece system has its merits:

In dad’s time, the bags clicked on and off with a ‘Tupperware’ type seal. These days there are adhesive options as well. There is also the one-piece option, as described for my colostomy system, above.

Dad said that he found the process of changing the bags quick, easy and very rarely messy. In order to optimise this, he had a specific changing area set up in the bathroom. He also had a mobile changing kit to use, if necessary.

Dad rarely, however, used the mobile changing kit because he also tended to use open-ended bags. This meant that he could open one end of a bag and simply empty the contents down a toilet, rather than having to change it. This process was rather more prone to becoming messy and was only used when necessary. It was, however, better than having to wear a backpack all the time.

It is easier to use an open-ended bad with an ileostomy than a colostomy because the output of an ileostomy is much less formed than than of a colostomy. Dad describes the output of his ileostomy as being, ‘undigested food’. The ileostomy bags do, however, have very effective filters to tackle any odours arising from this situation.

When changing the bags, dad describes the look of the protruding ilium as being like that of the first joint of a tightly bent index finger. Except that it’s constantly in motion; wriggling around. And it’s constantly producing a small trickle of food waste.

A change of the bag included a good clean of the area and a check of the base plate, before clicking the next bag into place. The waste from the old bag had to be poured down the toilet, before the bag could be tied up in a waste sack for disposal.

On occasion, dad had trouble with the base plate and his skin got very sore. At which point, the base plate needed changing. It needed to be changed at regular intervals, anyway. This was usually done under a shower, to allow a good and thorough cleaning of the stoma and the surrounding area. If the skin was sore, wipes containing a barrier fluid would be used to help help the area heal quickly.

One other problem dad had, while living with an ileostomy bag was that he got tired and drawn after extended periods of standing or movement. Such as happened in July, at my wedding. Looking at the information available to me now, this seems to be Vitamin B12 deficiency. Which is now a known complication when the stoma is sited before the area where B12 is absorbed. It seems he was unaware of it, at the time.

Another problem to be aware of, is dehydration. Normally, in the digestive system, the colon reabsorbs a lot of water from the food waste. When the food waste doesn’t get as far as the colon, this can’t happen, meaning all this water ends up in ileostomy bags. This means that you will need to drink more for the time you’re living with an ileostomy bag.

Sooner or later, the time will arrive for you to stop living with an ileostomy bag, and get the reversal surgery. This is done under general anaesthetic and should be a quick and easy surgery. Dad was told he would be left with a tiny, thin, barely noticeable scar.

Sadly, this was not to be. As I mentioned, above, the ilium produces a constant trickle of undigested food waste. This means that the chance for contamination into the abdominal wound is relatively high. Which is what happened to dad.

He said that it looked like the skin was melting. They eventually got on top of it, presumably with a shed load of antibiotics, but the scar is very far from tiny or thin. Not that dad cares. He and I are competing for the most number of scars, and extra points are awarded for carnage, It’s currently too close to call…