PrevPreviousSorry for the Absence
NextIs a Bucket List a Good Idea?Next 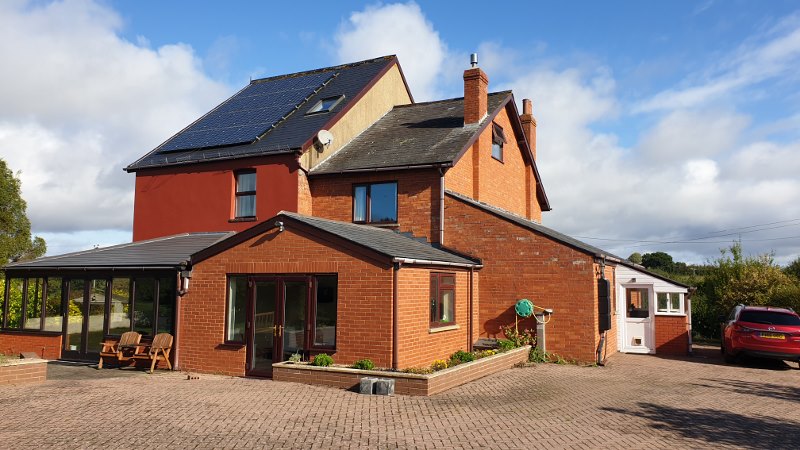 So, I haven’t posted since the end of September, when I shared my thoughts on whether doing DofE Gold was a benefit for getting into University. Sorry about that. And the annoying thing was that I was really on top of things through September…

I was managing to get all of my posts out on time, despite spending half of the month cycling through France with my Dad and, occasionally, my brothers. I was even half way through writing the post for that particular adventure, when a series of unfortunate events took hold:

I know it seems silly, but the addition of those few pounds, despite the remaining overall loss on the year, really knocked me back. It wasn’t just the fact that I’d put on half a stone, it was that I’d anticipated being half a stone lighter on my return. That left me a full stone heavier than I’d been planning for the end of September. I didn’t handle this as well as I should’ve… But I’ll get into this in more detail, in a post that tidies up my weight loss journey of 2019. And how my weight is doing in 2020 so far!

They say that moving house is one of the most stressful things that a person can go through. This isn’t really true, of course. There are a whole bunch of far more stressful things than moving house. But as they’re mainly also terrible things, I won’t list any of them here. I’ll leave it to your imagination. Well, apart from one: marriage! The day of your wedding (and all the planning that went before it). The horror! Oh, the humanity!

All that said, moving house from Bathpool to West Buckland was, shall we say, distracting. Not least because, for a good chunk of time, we were without internet access. There was the inevitable delay while the service provider allowed the WiFi (which had been in place the day before we moved in) to make a return. There is also very little in the way of Mobile Data in this neck of the woods. Or, quite often, signal of any kind…!

Ah, the joys of the countryside.

But a bigger problem than the actual move, was the amount of renovation that was needed. This resulted in uncertainty as to whether or not it was worth unpacking immediately into a temporary location. Then repacking and moving to the newly decorated final location. The decision I made at the time was, “Hell, no!” In hindsight, the better decision might have been, “Duh, of course! Otherwise you won’t have access to most of your stuff for six months.” Still, live and fail to learn.

I’ll get more into the joys of moving house in later posts.

Likewise with the fun of renovating a house while you’re living in it. And I don’t mean me renovating it.

Julie doesn’t trust me with anything more complicated than painting. And, even then, she does the edging herself. Which is why there have been days when there are five or six tradesmen crawling around the place. All with a seemingly insatiable appetite for tea and coffee. Tea Boy: that’s been my job.

But, like I say, I’ll revisit this in due course.

Thankfully, all the necessary work on the kitchen/dining room was done in time for Christmas…

Of course, one of the water pipes blew at just gone midnight on Christmas Day morning. Which could have changed the whole complexion of the day. Especially as it went in the pantry, just off the brand new kitchen. Thankfully, I was in said kitchen at the time, and heard it go. Even better, it went just below the stopcock, meaning I was able to isolate it reasonable quickly.

As for the rest of the story… You guessed it; that’ll be in another post.

And this is important because, as it turns out, tradesmen like to start their day early. By which I mean that they like to be on site at, or around, 8 am. Also known as, 0800 hrs. Or eight of the morning…

However you say it, it’s too damn early for a night owl like me.

Regardless of how early they get here, I still can’t get to sleep much before 2 am. And, over time, that’s not enough sleep for me to thrive. Frankly, it’s barely enough to survive. So, somewhat inevitably, this has had a detrimental effect on my state of mind. Which means I haven’t felt able to write. In fact, this has built up to the point that I’ve been scared to go on my PC, because I know I’m so far behind with my posts.

Thankfully, a lady called Brittany contacted me on my Cancer Dad site, to ask how I was. And that shamed me into getting back to posting. It’s completely thoughtless to have a site discussing my journey with cancer, and then just stop posting without a word. It would be very easy for readers to assume that something nasty and cancer-related had happened, and I should have thought of that. I’ve apologised profusely over there.

It’s not so bad, here, because I’m largely just writing to amuse myself. And, hopefully, anyone else who fancies a read.

Even so, I’m sorry that I’ve been absent for so long without word. It doesn’t take much to make a post explaining that I’ll be away for a while. And, having not done so, it seems I’ve been a bit rude to those of you who do read these. So, please accept my apologies.

I had planned to get back to things when I moved into my new room. But, seeing as I get my latest set of scan results back on Wednesday, this might become subject to change. So, I thought I’d better get my act together, right here and right now.

Which, hopefully, you’ll agree that I have done.

Looking to the future, I’m not sure where this blog fits in.

Regardless of what my scans show on Wednesday, I have a long and extensive bucket list that I need to fit in. This bucket list consists of exactly two items, one of which is: ‘Get a book published.’

As for the other item, and my thoughts on bucket lists generally, that, too, will be a topic for another post.

My point, here, is as follows:

Which all leads to the uncertainty of whether I will be able to keep writing my blogs, if I’m also writing a novel. And, if I can only choose one blog to keep going, it will have to be the Cancer Dad blog, because that’s actually helping people.

To complicate matters further, is the question as to whether the type of content that I blog about, on here, would work better on this platform, or on YouTube…

Because, while my writing style is very conversational; there’s no denying that I have a face for blogging.

The reality is that I just don’t know yet.

But what I am sure about is that I have a number of posts that I have to make, no matter what path I go down. I need to post about the other stops on our Baltic Cruise, or it’ll drive me nuts. And there are a couple of things that I’ve mentioned above, that I want to expand on.

I can’t be exactly sure when I’ll get back into regular posting, because the one thing I know for sure is that whatever the results are on Wednesday, it’ll leave me feeling down. My mind is a strange and turbulent place.

So, for now, let me just say again how sorry I am for dropping off the map without explanation.

PrevPreviousSorry for the Absence
NextIs a Bucket List a Good Idea?Next