Is DofE Gold Worth Doing to Get into University? 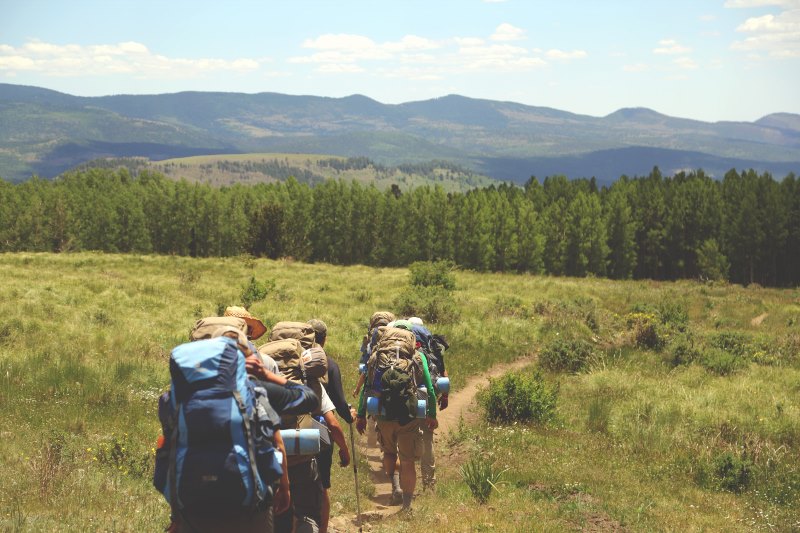 The Duke of Edinburgh (DofE) award is a youth programme that was set up by Prince Philip, back in 1956. There are three levels of award, of which Gold is the highest. For a long time there has been the sense that the DofE Gold award is like a golden ticket into university. But, if this was ever true, is it still true today? Is the DofE Gold award worth doing to get into University?

DofE is available to anyone aged between 14 and 24, but each level has its own age restrictions:

Each level of award also has increasing amounts of time commitments:

So, in theory, you could start on Bronze as late as 21 years old and work your way through all three levels. In practice, Bronze and Silver are offered in secondary school (high school) and Gold in Sixth Form College. And, typically, if you start DofE at, or older than, 16, you go straight on to Gold. That’s certainly what I did…

It’s also what Emma did last year, and what Ceri intends to do this year.

And this is because the perception still remains that DofE gold is worth doing to help you get into University. I certainly made much of the fact that I was doing DofE Gold, when I was applying to Universities. Thinking about it, though, DofE clearly didn’t help much, because I didn’t get on the courses I applied for. Mind you, this was probably because I didn’t have the A levels I needed. I suspect that no matter how much doing DofE Gold may, or may not, be beneficial; expecting it to make up for missing A Levels is asking too much!

So, let’s have a look at what’s actually involved in DofE Gold. What is the worth of the award that would make it seem that universities would love that you’re doing it?

The awards recognise adolescents and young adults for completing a series of self-improvement exercises modelled on Kurt Hahn‘s solution to the “Six Declines of Modern Youth“.

Hahn was a German educator, who moved to the UK after WWII. I can’t find exactly when he came up with his ‘6 declines’, so I’m going to assume it was in 1949 to leave me with a nice round number for my next sentence…

This means that the ‘modern’ youth, whose decline the DofE awards are designed to overcome, is actually the youth of 70 years ago. You’d think, then, that the issues that Hahn identified would be horribly outdated… Well, judge for yourself:

1. Decline of Fitness due to modern methods of locomotion [moving about]

2. Decline of Initiative and Enterprise due to the widespread disease of spectatoritis[*]

3. Decline of Memory and Imagination due to the confused restlessness of modern life

4. Decline of Skill and Care due to the weakened tradition of craftsmanship

5. Decline of Self-discipline due to the ever-present availability of stimulants and tranquilizers

6. Decline of Compassion due to the unseemly haste with which modern life is conducted or, as William Temple called it, “spiritual death”

* Spectatoritis is defined on the Merriam Webster dictionary website as, ‘excessive indulgence in forms of amusement in which one is a passive spectator rather than an active participant‘.

Given that the current view of today’s youth seems to be something along the lines of, “They’re all feckless, lazy layabouts who do nothing but play games and look at their phones all day!” I’m going to say that Hahn’s assertions are still recognisable. I’m not saying that I necessarily agree with them, just that remarkably little seems to have changed, over the last 70 years, in the older generation’s opinion of the younger generation.

Which is why the DofE awards are as valid today, as they were in the 1950s. A validity that is shaped by the sections that must be completed to achieve the DofE Gold award, which are as follows:

** You can choose to do six months of Physical and twelve months of Skill, or vice versa.

Which is to say that the required sections of the DofE award, directly address Hahn’s six declines. This, in turn, would demonstrate to a University that a person who has gone to the trouble of doing DofE Gold, is worth consideration. As, by doing so, they have demonstrated that they are a cut above other members of modern youth…

It all makes sense. Clearly it must be worth doing DofE Gold, because it shows that you’re a better candidate than those who haven’t done it, right?

Because doing DofE Gold is not free. And, these days at least, universities have to be careful not to discriminate against potential students who come from poorer families. Which might be why it is remarkably hard to find reliable quotes from any university stating categorically that an applicant with DofE Gold has a specific advantage over a candidate who does not.

The closest I could got to a university specifically saying that it was worth doing DofE Gold, was a Guardian article from 2015. The following is a quote from the article:

According to Angela Milln, director of student recruitment at the University of Bristol, the award is an asset when applying for university. She says: “Students’ academic potential and commitment to their chosen programme of study are the most significant factors in decision-making, but the DofE award can be beneficial.

We are not interested in extra-curricular activities, except where they may demonstrate relevant skills, such as time management.

Yeah, so pretty unequivocal from the University of Cambridge, there. They’re not interested in DofE Gold.

What Cambridge is interested in is, “Above all, we look for clear evidence of academic engagement beyond the curriculum.” And this actually ties in very much with the key part of the point from Bristol, “Students’ academic potential and commitment to their chosen programme of study are the most significant factors in decision-making.“

But, maybe this is just what universities are saying publicly. Maybe privately, universities actually do think that DofE Gold is worth doing. Maybe that’s the message that they’re giving to sixth form colleges. Because, colleges like Runshaw are promoting DofE Gold as, “an Award that’s recognised by universities and employers alike”.

On the flip side, there are a lot of universities that actually run the DofE Gold award. So, clearly, DofE Gold can’t be an essential component of getting into a university, if that university is offering you the opportunity to achieve the award after you get there…

And. perhaps most damning of all, if DofE Gold is really worth doing to get into university, why doesn’t it have a UCAS points tariff?

UCAS, the Universities and Colleges Admissions Service, is the organisation that operates the application process to UK universities. There are an enormous number of different awards and qualifications, offered by innumerable organisations all over the World, all of which can be used to apply for a course at a UK university. What UCAS does is standardise all of these, by giving them a points value, or tariff.

In this way, all of the following grades and awards have the same tariff of 24 points:

And this allows universities to offer courses with a specific points value, that everyone can seek to attain. And, while UCAS does allocate points to certain non-academic qualifications and awards, DofE Gold is not among them.

Where you can earn extra UCAS points is with things like:

For a full list of the UCAS points tariffs for, well, everything; see here: UCAS Tariffs Tables.

You can use learning a musical instrument as your Skill for DofE Gold. But if your main goal is to improve your chances of getting into university, you might be better off concentrating on getting a better grade, than getting involved with the entirety of DofE Gold.

I’ll quickly delve into the cost associated with doing the DofE Gold, because it can really mount up, if you’re not careful. And even if you are careful, it would be remarkably difficult to do DofE Gold for free, As such, there will be families who can’t afford DofE Gold. So, if Universities do think that DofE Gold is worth doing, then middle class families can just buy their kids on to a course. In the same way that it’s possible to buy higher grades at GCSE. This is clearly unfair and discriminatory and should not be possible.

It cost us a couple of hundred pounds to equip Emma for her expedition. The college did offer some equipment to borrow but it was impossible to avoid any expense. In fact, it cost £38 just to sign her up to do DofE Gold. And each of the training walks cost an additional £50+. The Skill and Physical elements are things that she was doing already. So, while there are costs involved, it’s not fair to attribute them to DofE. The volunteering, of course, does not carry a cost for us.

The residential, on the other hand, was very far from cheap. But that was mainly because opted for a residential course that was both extra-curricular and super-curricular. And courses like that are very aware of the value they add to a personal statement, and charge accordingly.

There are reasonably priced options, like the National Citizen Service (NCS), which only costs a maximum of £50. There are also free options, like volunteering in social support roles. Placements like this can be found on the DofE Opportunity Finder page.

So, it is possible to complete the DofE Gold award relatively cheaply. But not so cheaply that it doesn’t exclude some families from having the option. Consequently, it would be very difficult for Universities, in good conscience, to allocate too much worth to a potential student who is doing DofE Gold.

Besides which, according to the DofE website, their ambition is to:

– Ensure an average completion rate of 60+%.

So, do I think that it’s worth doing DofE Gold, just to get into University?

I think you’d be better off doing the ASDAN Certificate of Personal Effectiveness. This, at least, adds UCAS points and, I think, would offer more weight to a CV when it comes time to start looking for a job.

Likewise, if you’re learning a musical instrument, you’d be better off devoting your spare time to that, and reaching the highest standard you can. The UCAS points for a Distinction at Grade 8 are really quite impressive.

But do I think that it’s worth doing DofE Gold to develop you as a person?

DofE makes you engage with people and situations in ways that you wouldn’t otherwise achieve. Emma is volunteering in a Cancer Research UK Charity shop. She is serving customers on the till and interacting with a huge range of people. This has been an amazing experience for her. The Residential was in Liverpool and focused on Lab Skills. Again, a completely new scenario and environment that she was thrust into, and overcame.

Emma, like me before her and, I’m sure, Ceri after her, has benefited enormously from the experience of DofE Gold. And, while it probably doesn’t carry as much weight with universities as it used to, I still think it adds value. I also think that DofE Gold helps prepare you for university life, by replicating university experiences. Like going away from home, on your own, and interacting with a group of your peers.