Can Stress Cause Cancer?

PrevPreviousThe Best Ways to Preserve Food at Home
NextIs DofE Gold Worth Doing to Get into University?Next 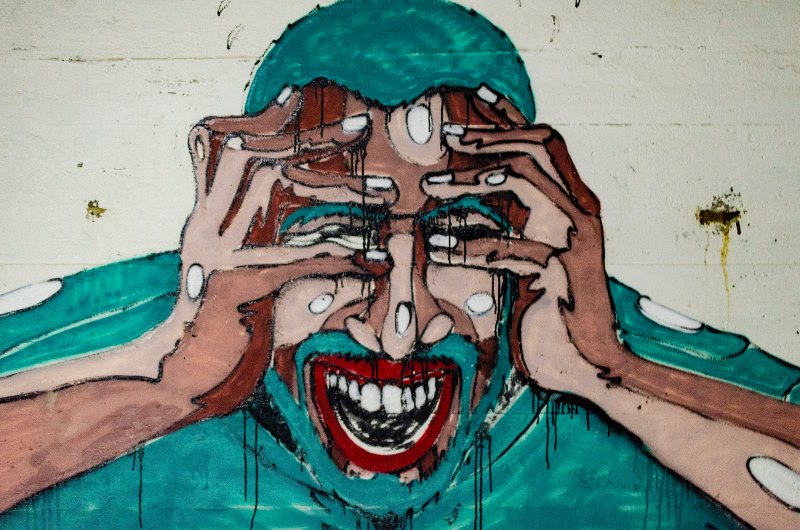 In my last post, I looked at whether meditation can cure cancer. And this is relevant to this post because, the process of meditation is, to some extent, about reducing stress and anxiety. And, while meditation cannot cure cancer, it can help cancer patients through their treatments. It can also make some interesting changes in human physiology. So, although the absence of stress can’t take away cancer, can the presence of stress cause it?

Psychological stress is a feeling of pressure and/or strain. It is thought of as being a mental, or emotional pain. In small amounts, stress can actually be beneficial; it can drive us to achieve our goals and targets. Think of an athlete who trains even harder in the build up to a competition, to try and get that win. Or someone in business, putting in extra hours to meet that deadline, and maybe get a promotion as a result.

These can be thought of as examples of positive stress. Just enough mental and emotional pressure to motivate us to succeed. A short term period of a limited amount of stress, that drives us to achieve a goal.

The problem is, that what constitutes as: ‘just enough’; ‘short term’, and; limited amount’, in terms of stress, varies from person to person. More than that, it varies for any given individual, depending on other factors in their lives. What might have been the perfect amount of stress, last year, might be too much this year. Because last year you were settled in your home, whereas, this year, you’re in the middle of moving house. Or there’s an illness effecting you, or someone close to you. Or there’s a problem in your romantic life…

Any of these things can turn what was positive stress into negative stress. Or, excessive stress.

These are all illnesses that are recognised as being associated with stress. But, can excessive stress also cause cancer?

A good starting point to answer this, is the Wikipedia page on Psychological Stress, which states:

In animals, stress contributes to the initiation, growth, and metastasis of select tumors, but studies that try to link stress and cancer incidence in humans have had mixed results.

You know, it’s at times like this that you really have to feel for lab animals.

What that quote is basically saying is:

It really makes you understand where the anti-vivisection people are coming from. But then, how else do you find out things like whether or not stress can cause cancer? To be honest, I’m open to alternatives.

Anyway, back to the point in hand…

It seems that in animals (in vivo) it is possible for stress to contribute to the development of select tumours. The keys words here are, ‘contribute’ and ‘select’. Which is to say that stress can help to make some cancers worse. I’m not trying to split hairs here, it’s just that there are well over 100 types of cancer, and not all cancers respond to the same things. Only 13 types of cancer, for example, are currently associated with obesity.

All that said, it definitely seems that stress can cause cancer in animals. Or, at least, for that cancer to worsen.

The question then becomes, does this carry forward to humans?

The Wikipedia quote is far less clear on this. While it’s not saying that stress can cause cancer in humans, it’s also not saying that it can’t. We need to dig a little deeper.

Broadly speaking, stress is categorised as being either acute (short term) or chronic (long term). Acute stress is something like a jump-scare. Something that will trigger the fight or flight response and cause the release of the hormone cortisol. These responses are very useful and may well get you out of danger:

Difficulties occur, however, when these responses remain switched on for a long period of time. Which is when stress becomes chronic. The body simply isn’t designed to cope with feeling the need for dynamic action, for more than a short period of time. It’s debilitating.

As such, all references to stress, in this post, will refer to chronic stress.

And stress is debilitating on the body as well as the mind. The National Cancer Institute lists the following physiological symptoms:

That’s a lot of problems related to stress.

And it is thought that this is one of the issues around the idea that stress can cause cancer. Because everyone knows that stress is harmful, it makes sense that it might cause cancer. As such, people with stress and cancer might assume that the one led to the other. But, as I often say; correlation isn’t causation. Just because we know that stress causes illness and some cancer patients are stressed, this doesn’t mean that said stress had an impact on said cancer. Nor, to be fair, does it say otherwise.

In of itself, the only thing it says is; this person has been diagnosed with with both stress and cancer.

There is, however, growing evidence that the reduction in the immune system resulting from stress, can cause a cancer to progress or develop more than it might otherwise have done. Simply put, there is evidence that stress can make an existing cancer worse. This evidence, though, is from studies of mice. Admittedly, one of these studies involved human breast cancer cells implanted in mice. But still mice studies, nonetheless.

Which isn’t to say that these studies have no value. It just needs to be recognised that mice do not have the ability to engage in rational thought, as humans do. Mice can only respond instinctively to stressers, humans can contextualise them.

Which brings me on to the research studies on the topic of stress and cancer. Because not all studies are created equally. Worse still, not all studies are reported accurately. Back in 2010, the NHS had to create a page called ‘Does Stress Cause Cancer‘. This was in response to newspaper reports claiming that a study showed that stress did cause cancer. But the study in question related to physical stress being inflicted on fruit flies, which did, indeed, cause cancer.

The newspaper reports, however, got this confused and reported it as psychological stress that caused the cancer. I’m being generous, here, and assuming that it was confusion that led to this mistake. And not some headline grabbing to sell newspapers…

Regardless, after the event, people don’t remember the details, just the headlines. And the headlines said that psychological stress causes cancer, despite the fact that this has not been proven. Least of all by this research!

And that’s the thing, it hasn’t been proven that stress causes cancer. There are some studies that indicates that it does. The majority, however, indicate that it doesn’t. As the Cancer Research UK site puts it:

Most scientific studies have found that stress does not increase the risk of cancer.

The page then goes on to discuss the values of the various pieces of research involved. It concluded that the studies that found that stress didn’t cause cancer were of a higher standard of evidence. I don’t want to get into the hierarchy of evidence, here, just know that some studies are better than others.

The thing is, though, that it doesn’t matter a huge amount, because the one thing that everyone agrees on is that it’s very difficult to design a study that accurately identifies whether stress is directly responsible for a cancer forming. There are just so many variables at play.

As it stands, it seems that the answer to whether stress causes cancer is, no. Not directly.

In terms of whether stress can make an existing cancer worse, the answer is, possibly. But more research is needed.

But there is another question:

Can stress indirectly cause cancer?

And the answer to this is, yes.

To explain why this is a ‘Yes’, I shall refer back to the Cancer Research UK site:

Stressful situations can sometimes lead us to develop unhealthy habits, such as smoking, overeating or heavy drinking. We know that these things can lead to cancer, so in this way, stress could indirectly increase your cancer risk. .

So, while stress might not be a direct cause of cancer, it can certainly get you there by other means.

Which is why, if you are struggling with stress, particularly if you are a cancer patient, you need to seek help. Talk to your doctor and maybe consider counselling. If that is not something you are willing or able to do, visit an website like Mind, and download their help sheets. Also, consider taking up some form of mediation or mindfulness.

Because, even if stress can’t actually cause cancer, it can certainly do you damage in a number of other ways. It’s important to get on top of it, if you can. And if you can’t do it on your own, there’s nothing wrong with asking for help. Stress is dangerous but it isn’t unbeatable.

PrevPreviousThe Best Ways to Preserve Food at Home
NextIs DofE Gold Worth Doing to Get into University?Next