Can Nicotine Cause Cancer?

PrevPreviousWho Actually Won the Tokyo Olympics?!
NextThings That Are Effectively Magic To Me!Next 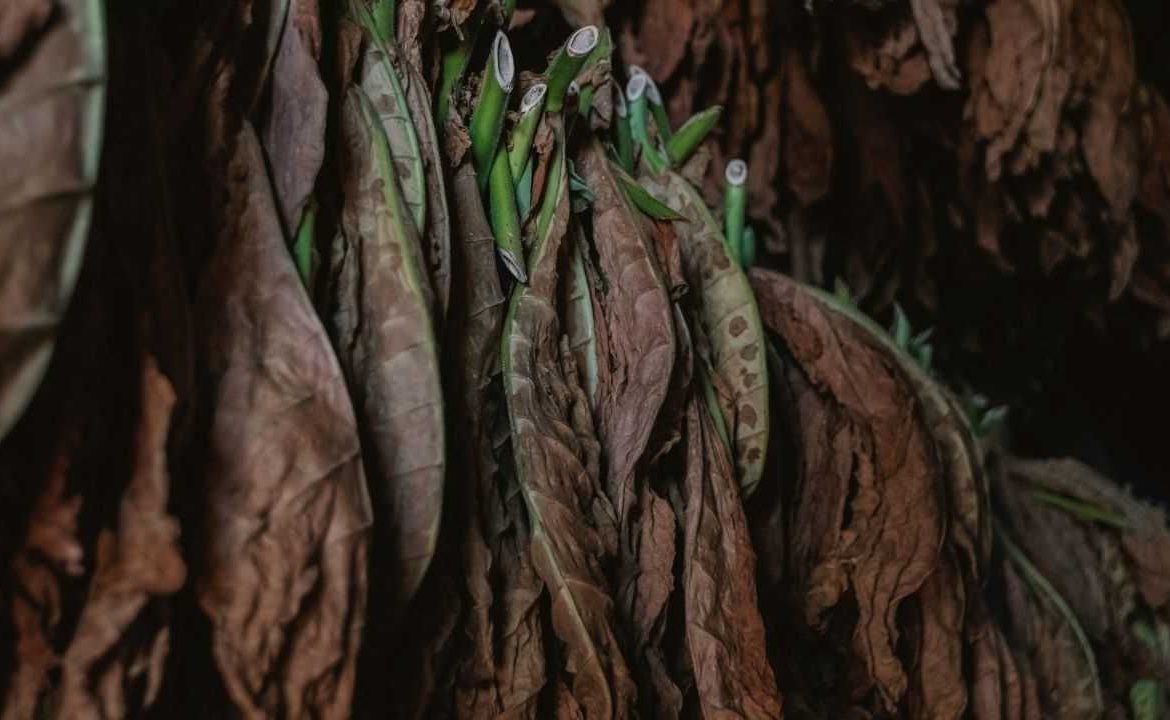 Nicotine is naturally, most predominantly in tobacco and pitchuri thornapple (an Australian shrub). In humans, nicotine acts both as a stimulant and an antianxiety agent. It is also, astonishingly addictive… But does nicotine cause cancer?

Traditionally, the majority of people have got their nicotine from smoking tobacco. And by ‘traditionally’, I mean traditionally! The practice of inhaling the smoke of burned tobacco is believed to have begun as early as 5000–3000 BC in Mesoamerica and South America. And 5-7,000 years makes for an extremely well-established tradition…

It is worth pointing out that while nicotine is in its highest concentration in tobacco, it also exists in other plants of the same family. For while nicotine makes 0.6-3.0% of the dry weight of tobacco, it is also present in things like potatoes and tomatoes. Admittedly only at concentrations measured in the millionths of a percent. But it’s still there. And it will come as absolutely no surprise when I tell you that the family of plants in question is the Solanaceae.

I love the nightshade family because it’s absolutely bonkers…!

A lot of the foods we consider to be part of a normal, healthy diet are from the nightshade family:

On the other hand, eating these other members of the nightshade family will cause you serious harm:

Like I say, the nightshade family is just barking mad!

The main reason for this madness is that nightshades often produce alkaloids:

In fact, so many of the chemicals in tobacco smoke are known to cause cancer that there is whole Wikipedia page dedicated to the subject. It should be noted that this list of chemicals that cause cancer does not include nicotine…

Given that 1 in 6 people in the World still smoke tobacco, you’ve got to assume that the health risks only became known very recently…?

A link between smoking and lung cancer was identified in Germany in the 1920s. In 1950, a clear relationship between the two was demonstrated by British researchers. Consequently, in the ‘developed world’, smoking levels have been declining since around 1965. Sadly, however, the number of smokers continues to increase in the ‘developing world’. Something that the World Health Organisation (WHO) has reported on:

Over 80% of the world’s 1.3 billion tobacco users live in low- and middle-income countries.

Taking into account how lethal smoking is known to be, presumably no self-respecting country would be involved in tobacco production?

Well judge for yourself:

And the easy argument is that smokers know what they’re doing to themselves and it’s their choice to do so. But I’m not so sure. Because, while I’m no expert on smoking, I do know that cigarette packaging differs from country to country. In the UK, for example, cigarette packaging is covered in graphic images of the harm smoking does to your body. I am not sure that this level of deterrent is present in every country. Likewise, education and literacy levels vary. I would not be surprised if the harm that smoking can do (to 50% of users!) is not as widely known as it could be.

That aside, there is also the issue of passive smoke…

Inhaling secondhand tobacco smoke (which has been exhaled by a smoker) can cause lung cancer in nonsmoking adults. In the United States, about 3,000 adults die each year due to lung cancer from secondhand smoke exposure. Heart disease caused by secondhand smoke kills around 46,000 nonsmokers every year. (Wikipedia – Tobacco Smoking)

All of which means that Governments know that tobacco kills smokers. They also know that tobacco smoke kills innocent bystanders. Yet every Government in the World allows smoking. And, it seems, virtually every country that can grow tobacco is doing so…

Oh, and the money these Governments take in.

I can’t believe I nearly forgot this!

To round up this little bit, I’ll leave you with an interesting factoid:

It is estimated that a 10 hectare (approximately 24.7 acre) field of tobacco used for cigarettes causes 30 deaths per year – 10 from lung cancer and 20 from cigarette-induced diseases like cardiac arrest, gangrene, bladder cancer, mouth cancer, etc. (Wikipedia – Tobacco)

But then nicotine is a very useful stimulant and relied on by a great many people. And if the only way you can get access to nicotine is through tobacco, then maybe smoking will remain unavoidable until nicotine can be produced in the lab…

Wait! What’s that you say…?

“Nicotine has been easily and cheaply manufactured in laboratories for decades!”?!

Which would be a strange thing to do, if nicotine could cause cancer.

And even if nicotine cannot cause cancer, then why would laboratories want to produce it

To answer both of these questions, I will refer to my preferred font of knowledge: Cancer Research UK.

That’s right, the main reason that nicotine is manufactured for human consumption, is to help wean smokers off tobacco.

Up until recently nicotine was also widely used as an insecticide. This is because nicotine acts as a neurotoxin in insects… Despite this, nicotine pesticides were banned by the EU in 2009 and have not been commercially available in the USA since 2014.

Which brings us back to nicotine replacement therapy. Because, as it turns out, the only way that nicotine is not wildly addictive, is when it in a slow-release form. Like a nicotine patch.

As to how addictive nicotine actually is, consider the following from the Wikipedia page on tobacco:

And if you do develop dependence on nicotine, what is involved?

This latter presumably as part of getting away from said dependence. But in trying to quit nicotine, you will have to battle a series of withdrawal symptoms. These symptoms include depressed mood, stress, anxiety, irritability, difficulty concentrating, and sleep disturbances.

Which brings us back to the need to use nicotine medicinally, in nicotine replacement therapy.

There are more than a billion smokers in the World, the vast majority are dependent on nicotine. If left unchecked, more than half of them will suffer serious medical conditions at some point in their lives. Getting away from smoking is incredibly difficult due to the withdrawal effects. All of which means that we’re going to need a lot of nicotine patches in the future.

Which also means that we need to be really, really sure that nicotine does not cause cancer. So, let’s check in with the International Agency for Research on Cancer. The very body set up by the WHO to be the last word when it comes to cancer. To quote the IARC, “nicotine is not generally considered to be a carcinogen.”

Okay, that was less categoric than I would have liked!

And I’ll quote Healthline to explain why:

However, and to give this context, A 2018 report by the National Academies of Sciences, Engineering, and Medicine concludes:

While it is biologically plausible that nicotine can act as a tumor promoter, the existing body of evidence indicates this is unlikely to translate into increased risk of human cancer. (Wikipedia – Nicotine)

The simple fact of the matter is that nicotine patches have been safely used to get people off tobacco for many years. To which end, I would conclude that nicotine, in of itself, does not cause cancer in humans. And even if nicotine patches could increase the risk of cancer, it would be insignificant compared to the decrease in risk achieved by quitting smoking. It would be like putting a pea on one end of a set of scales and then dropping an elephant on the other end…

As for vaping, I have my doubts. Not about vaping being an improvement on smoking, I’ve got no doubts there. Vaping must be safer than smoking. Even if some of the chemicals in the vape fluids turn out to be carcinogenic, down the line, it’s extremely unlikely than they’ll be more carcinogenic than tobacco.

No, my main doubt with vaping is whether it can end nicotine dependency. After all, and as we’ve established, the only time that nicotine is not addictive is when it’s absorbed slowly. And taking in nicotine through vaping is anything but slow. Ultimately, all vaping does is replace one habit with another, albeit a cheaper and less dangerous habit. But it’s still quite expensive and, potentially, unsafe. Hopefully vaping will turn out to be perfectly safe but only time will tell. My point is that we haven’t had enough time to be sure yet.

Still, if you’re trying to decide between smoking tobacco or vaping, I’d recommend vaping every time. But I’d caveat the recommendation with a nudge in the direction of the nicotine patches…

Overall, then, it’s nice to be able to say that nicotine does not cause cancer.

It’s even nicer to be able to say that some small good has actually come out of this COVID pandemic. Because, since 2019, fears about the increased health risks to smokers from the COVID virus, has resulted in a decrease in the number of smokers. It’s not much of a silver lining but I’ll take it.

PrevPreviousWho Actually Won the Tokyo Olympics?!
NextThings That Are Effectively Magic To Me!Next