Things That Are Effectively Magic To Me! 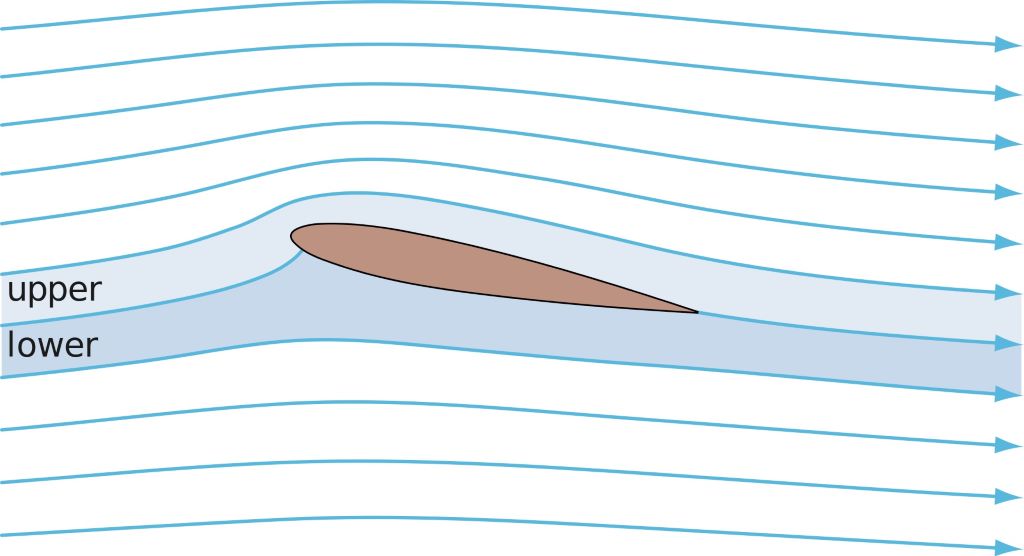 When I was younger, I promised myself that I would always keep on top of technological advancements so I wouldn’t end up struggling when I was older. Well…, I didn’t keep up, and here I am at the age of 51, struggling. More than struggling, in fact. And if we’re being completely honest, I keep finding myself thinking about Arthur C. Clarke’s third law… To paraphrase: any sufficiently advanced technology is effectively magic to old gits like Paul.

In my defence, this is partly because so much technology has always effectively been magic, from my perspective.

And I’m not really talking about things like how the wings on a plane work. That’s just science, so I’m happy with that…

Of course, the force of lift generated by the wings of a Boeing 747-400 is enough to make all 183.5 tonnes of it soar through the sky…

So, clearly no magic involved there!

No, the stuff I’m talking about is where science isn’t even trying to make sense and magic is effectively the only reasonable explanation.

And there are three things that particularly bug me:

I’m going to investigate these things and figure out the science involved. And then I’m going to explain what’s going on in the rest of this post. If only so I’ve got something to come back to when I forget it all and start thinking it’s magic again.

Okay, it turns out that virtually every site I look at that includes a casual explanation of induction heating uses the following paragraph from Wikipedia:

a cooking vessel is placed on top of a coil of copper wire with an alternating electric current passing through it. The resulting oscillating magnetic field wirelessly induces an electrical current in the vessel. This large eddy current flowing through the resistance of the vessel results in resistive heating.

But effectively, all this really says is, “Blah, blah, magic, blah!”

I mean, what on Earth is an ‘oscillating magnetic current’? How does this wirelessly induce an eddy current in the base of the pan (by the way: ‘eddy current’?!)? And how does this then get away with just jumping straight to, ‘resistive heating?

What I’m seeing is, “A pan goes on the hob, over a coil of copper wire with an alternating current running through it. Then, the magical magnetic field magically magics an electrical current in the pan. This large magic current flowing through the magic of the pan results in magical heating”…

That’s a lot of magic!

I’m really going to have to work for this, aren’t I!?

Right then, I think I’ve got the gist of this. Essentially, it’s electromagnetism, not magic.

So far so good.

Now, if you place a heavy-based iron or steel pan on the hob above the coil, this electromagnetic process takes place in the base of the pan. And because the pan isn’t a neat arrangement of copper coils and magnets, the electromagnetism can’t move through it smoothly. Which means the electromagnetism gets dragged through the metal of the pan, kicking and screaming all the way. And it’s this process that causes the heat.

Yay, not magic after all!

On a sidenote to all this, getting an induction hob has turned out to be a mixed blessing. Over the years I’d gathered some nice copper-bottomed pans for things like making jam. Well, they don’t work on this damn thing! And while that is a real shame, in truth you can count the number of times I’ve actually made jam on one hand…

However, and because she is a loving wife, Julie got me a stainless-steel jam pan for Christmas last year. So, this year, it! Is! ON!

I’ve already collected 3kg of blackberries from the garden. There’s also a shedload of rosehips on the bushes, just waiting for the first frost. At this point a future post about my jamming exploits is inevitable.

Anyway, thus emboldened, I feel I can brave delving into the possibly not magical engine of the electric car:

In truth, I’m not completely sure how a petrol engine works, but at least it makes more sense than this monstrosity! You know:

How can the same process possibly be achieved with just one moving part?!

And wouldn’t you know it; it’s electromagnetism again!

First, though, it turns out that electric cars don’t have ‘engines’, they have ‘motors’. The thermal processes I mentioned above, are found in the ‘engines’ of petrol and diesel cars. Electric motors, on the other hand, convert energy, from batteries, into mechanical energy and, therefore, motion. Now, this is not hugely relevant, and it certainly doesn’t get us closer to how any of this happens, but I just thought it was quite interesting.

As for the ‘how’, I’m going to refer to the Renault website:

An electric car motor works using a physical process developed at the end of the 19th century. This consists of using a current to create a magnetic field at the fixed part of the machine (the “stator”) whose displacement sets a rotating part (the “rotor”) in motion.

So, if I’m understanding this: rotating electromagnetic fields are created in the stationary bit of the motor. This catches the relevant parts of the moving bit and makes it rotate, thus becoming a drive shaft. As with point 3, above, you can attach what you want to a drive shaft and your car goes “Vroom”.

Except, of course, it doesn’t go “Vroom” because it’s an incredibly quiet process. Julie’s car, for example, generates an artificial ‘spaceship’ kinda sound when it’s traveling at under 20mph. You know, to give pedestrians the opportunity to say, “What’s that strange noise?” and turn around, just as Julie plows into them…!

She loves the sound they make as they disappear over the top of her car.

All of this means that the electric motor effectively runs on electromagnetism and not magic, as previously suspected. Furthermore, the harder the electromagnets need to work to counter things like speed, wind and hills, the less time the batteries last. Hence the need for more efficient and/or lighter batteries, to increase the range of electric vehicles.

Which brings me finally to contactless phone charging:

You know, given the route that the last two items have taken, I have a sneaking suspicion that I already know where this investigation is going to lead…

It even uses the same processes as that of the induction hob, which is to say Faraday’s Law of Induction. It’s just that this time there are receiver coils involved. It’s even called, “inductive charging“…!

All this time I thought I was surrounded by several types of effectively magical technology. It turns out that I’ve just lost track of the progress in the field of electromagnetism since I learned about it in my secondary school Physics classes. How could I possibly have anticipated that technological advancements would have bene made in the last 35 years?!

In conclusion then, I now understand that these three items are not powered by magic, but by science instead. And this makes me happy. Because I no longer feel so left behind in my understanding of the current technology in the World. This, of course, doesn’t mean that I can now go about making an induction hob or an electric engine, because of course I can’t. No more than I could make a gas hob or a petrol engine. And it’s realisations like this that draw me to thoughts of the end of the world… As so many things tend to do!

Hey, it’s not my fault! Post-dystopian futures are where most of my novel ideas tend to end up…

And why do I imagine so many apocalyptic futures?

Partly because of all this! Of how complicated everything has become. Of how reliant we all are on really intricate technologies…

The reality is: most technologies are effectively magic to all of us. And this means that a significantly large breakdown in society is unrecoverable.

We’d be knocked back to the stone age…

If we were lucky!