PrevPreviousIs HelloFresh a Good Idea That’s Worth a Try?
NextWhy I Didn’t Become a CoinTuber.Next 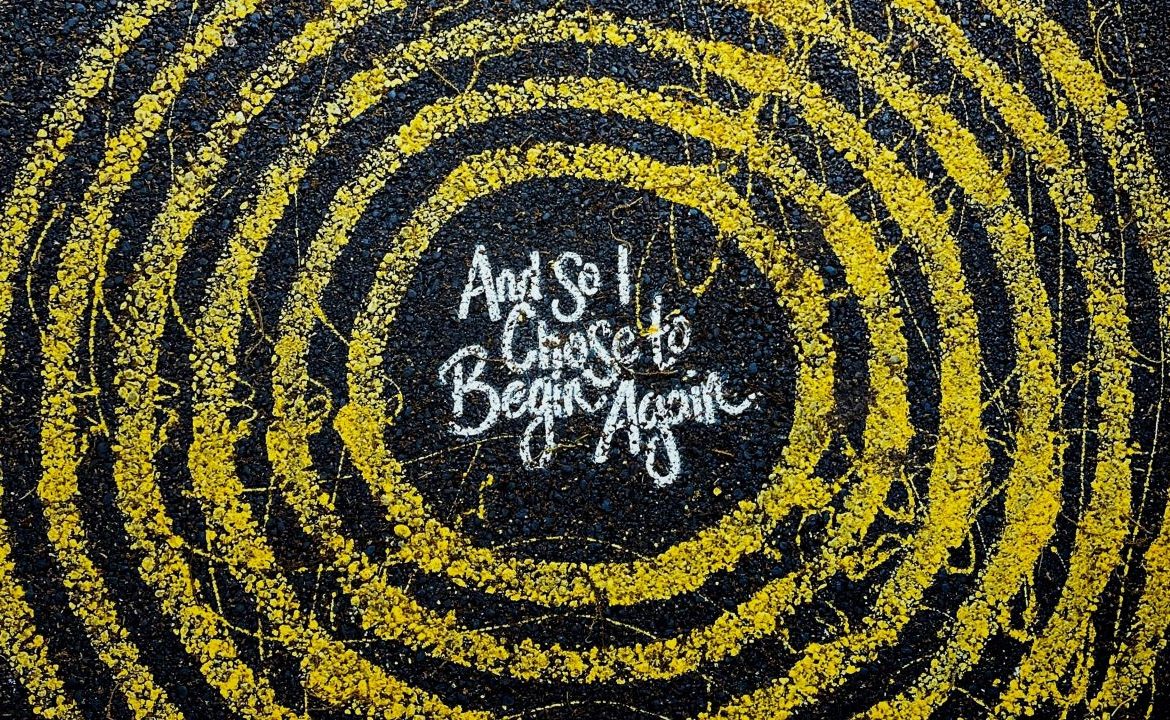 On the 12th February 2020, I was told, once again, that there was a new tumour in my liver, thus starting my fourth recurrence with bowel cancer.

Fast forward to 8th September 2021, when I was informed that my most recent scans, ‘did not reveal any indication of metastatic disease’. Certainly an interesting phrase! Could it be that there’s a new way of telling me that I’m, “cancer free”? Either way, and to state the obvious, neither expression is intended to indicate that I’m cured of my cancer. All I’m being told is that there are currently no obvious signs of cancer in my body. And you know what? That’s plenty good enough for me.

The main purpose of this post is to summarise the 19 months that made up my fourth recurrence. I feel that I need to do this because I’ve found this particular recurrence uniquely difficult. Which isn’t to say that the previous three recurrences were all the same. Far from it:

My fourth recurrence, however, had the additional complication of the Coronavirus Pandemic and associated lockdowns. This added so much uncertainty and waiting to the mix, that my stress and anxiety went through the roof. My natural progression from stress and anxiety tends to be depression. And depression led me to really taking the COVID lockdowns to heart, and more or less shutting myself away from everything, including my on-line presence. For which I can only apologise.

Worst of all, the net result of all these psychological challenges was that I gave up on looking after my health… So, it’ll come as no surprise to learn that I’ve regained all the weight that I lost during 2019. And that, let me tell you, really hurts.

I think it’s fair to say that my fourth recurrence is in the running for the title of, ‘Most Difficult Recurrence’. And this is despite how easy it’s been, treatment wise.

I mean, seriously: there was only one tumour on my liver, and I didn’t even need surgery to get rid of it. All it took were a few trips to the Bristol Royal Infirmary to have SABR radiotherapy treatments and, job done.

Had I known all that in May 2020, when I was having the SABR treatments, this fourth recurrence would’ve been a breeze. But I didn’t. So, it wasn’t!

As it was, the medical plan from February 2020, had always been to surgically remove the tumour. Yet it was only in mid-September 2021 that I was finally told that surgery would not be necessary. To put this into context, had there not been a Coronavirus lockdown, my surgery would have been in March 2020. And this fourth recurrence would have been put to bed in Summer 2020, after that set of scans. More realistically, though, I wouldn’t have given the recurrence any real thought much beyond April 2020, by which time I would have recovered from the surgery.

It pains me to imagine how much healthier, both physically and psychologically, I would currently be, if the proposed medical plan had been allowed to play out…

Now, to be abundantly clear, I am not blaming any of the medical team for how my fourth recurrence turned out. The personnel of the NHS, as they always are, have been magnificent. Sure, back in March 2020, I criticised the decision to cancel all but the most critical surgeries, and I stand by those criticisms. But the decision to put all the nation’s medical eggs in one COVID shaped basket was made by the Government. The NHS, as ever, did everything that was asked of them. Even through the Hell that was Winter 2020/21, and the second wave. Thank you all.

It’s hard to overestimate just how lucky and appreciative I feel to have been born into this country, at this time…

At any previous time in history, I would be long gone. In a significant proportion of the World, even now, I wouldn’t have made it this far. I know how lucky I am, and I’m very grateful for it.

Even so, for large parts of the last 19 months, I’ve been too shut down to contemplate any of this. All I was able to think about was when I was going to get that damn surgery. And the journey to the surgical table was so convoluted, it became almost mythical!

Like I say, the plan from the surgical team had always been to cut out the tumour. In fact, by late February 2020, everything had been lined up with my usual surgeon in Bristol. Almost immediately afterwards, however, the Government decided to dedicate all medical resources to battling the Coronavirus. As such, the private hospital where I have my liver surgeries was put on standby to deal with the influx of COVID patients. Something that never materialised. This meant that an awful lot of highly trained people had very little to do for a surprisingly long period of time.

To offset this, I was given the SABR treatment to keep me going. It was made clear that the SABR was just a holding pattern until such time that surgery became available again. It was also made clear that SABR was not a curative treatment. That it would not completely destroy the tumour, just knock it back. Even so, I was very grateful to be offered SABR at all, given the circumstances.

Come the end of 2020, surgery was back on the cards and things were starting to move forward, at which point my surgeon took ill. I don’t know what happened, because that’s not the sort of thing that gets shared with patients. I do know, however, that it wasn’t COVID related. I’d love to know that the surgeon is now okay, but I don’t know who to ask. I don’t even know whether I’m supposed to ask, or if doing so crosses some sort of boundary. Actually, now that surgery is off the cards, I can probably email the surgeon’s secretary without worrying that it seems that I’m being self-serving. There we go: problem solved.

Anyway, back to the surgery saga…

Like I say, when I look back at all that, I realise how lucky I’ve been.

Living through it, however, was a seemingly endless grind of stress and anxiety.

Of course, it didn’t help that, during this time, I was also diagnosed with arthritis of my knee. Something that, out of the blue, meant that I could no longer play hockey. And while, at first glance, this seems completely unrelated to my cancer situation, it isn’t. This is because, also in February 2020, I made a post asking whether a bucket list was a good idea. In that post I wrote:

The problem with illnesses like mine is that they are subject to unexpected twists and turns. These can catch you off guard and floor you. And, at some point, you won’t be able to get up again…

And if, at such a point, you have unticked items on your bucket list, you’re going to be open to serious regrets.

You see, I only put two items on my bucket list, and one of them was to play Masters hockey for Wales.

I had attended the Over 50s trials at the end of 2019. And, although I didn’t get selected for the upcoming tournaments, I was invited to play in an event after the lockdowns of 2020. This would have got my foot in the door and allowed me to start gaining experience at that level, as well as getting to know the other players. From this I knew that, at some point, I would get my chance. Even if it was just at a tournament in which no one else wanted to play…

As it was, though, the arthritis meant that I couldn’t accept the invitation to the event. To do so would have let the side down. The reality is that arthritis means I can’t play hocket at any level, let alone internationally. Even so, it was with great sadness that I withdrew my name from the Wales Over 50s list. And, moving forward, even if advancements are made in knee replacement surgery, I won’t have been able to play between now and whenever that might happen. Which means that I’ll not only have lost the fitness I need to play, but the skills as well.

No, it became clear that this was one item that needed to come off my bucket list.

And this realisation did catch me off guard. And it did floor me.

But, even though it’s taken longer than I can believe, I have been able to get back up again.

As such, I stand by my conclusion. On balance, a bucket list is still worth it, providing you’re sensible about what you choose to put on the list. In due course, I’ll come up with another bucket list. One that reflects the change in my circumstances. But I’m not quite ready for that yet.

Although something that should help get to this point, is that I’ve started therapy again.

In truth, by Summer 2021, I’d pretty well given up on therapy. It just didn’t seem to move me forward as I wished it to. But, as Julie pointed out, I’ve only ever seen the one therapist. And there are lots of therapists out there…!

I finally recognised the hint and found somebody else. It’s only been a couple of sessions, so far, but this new therapist certainly has a different approach. I imagine it’ll take a while but I’m confident that progress is possible.

I think the key take away from all this is that the pressure of living with cancer is cumulative. The end of my fourth recurrence comes only a few months short of the 8th anniversary of my diagnosis.

Eight years, I’ve been dealing with this.

That’s more than a third of my marriage to Julie…

It’s almost half of the age of my daughters!

And who knows how many grey hairs it’s added to the heads of my parents and brothers.

As I’ve said before: cancer doesn’t just happen to the patient, it happens to all the patient’s loved ones as well.

And I think that the best way I can thank all these wonderful people for their ongoing support, is to do my very best to get myself together. To try and get back to the person I was before the diagnosis.

Or, at least, as close as I possibly can…

There you go, then. At the end of this fourth recurrence, I find the first entry for my new bucket list: find my way back to the happier person I was before I developed cancer.

PrevPreviousIs HelloFresh a Good Idea That’s Worth a Try?
NextWhy I Didn’t Become a CoinTuber.Next