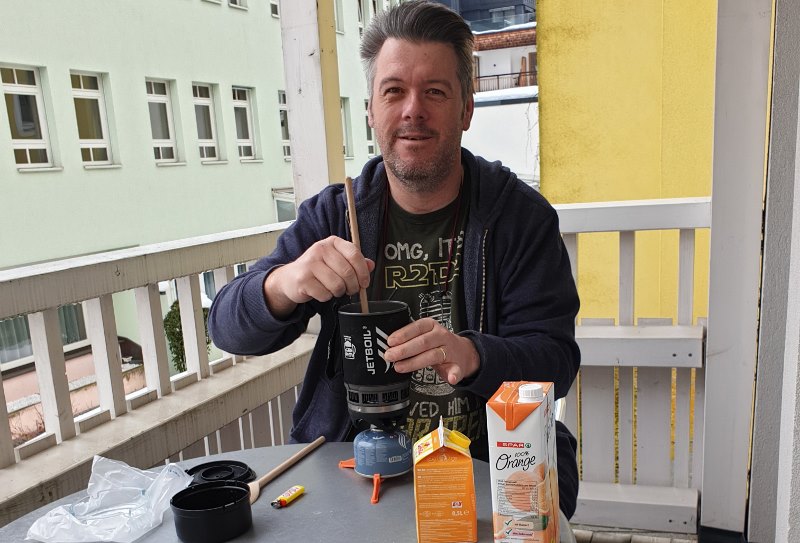 Despite a couple of injuries and a week away on a skiing holiday, I’ve managed to achieve a weight loss success for February that I’m thrilled with.

As such, my weight loss success in February was 11lb (5kg)

Pretty good for the shortest month of the year, even if I do say so myself. It means that I’m still averaging a weekly loss of weight somewhere between two and three pounds. This weight loss rate represents the upper limit of what is recommended. Maybe even a little bit more…

There are techniques that I could be adopting to increase the speed of my weight loss, but I don’t want to use them. At least, not yet. It seems highly probable that the weight loss success I’ve managed in February and January will not be maintained all year. It is very likely to slow down, at some point. So it’s good to have some tricks in reserve. And I’ll talk about those in a bit.

First, I just want to cover what happened this month.

And how I managed to maintain a weight loss success through February, a month that had ‘stumbling block’ written all over it. Said stumbling block was the expected difficulty in maintaining a diet across a holiday. But, even before I got to the holiday, I picked up an injury playing hockey.

Incredibly, the injury wasn’t to one of my knees!

During training on Thursday 7th, I tweaked something in my lower back. I’ve no idea how. I was just lumbering around, as I do, when I noticed that my back was sore. Not sore enough to make me think I should stop, but bad certainly enough to make me stretch my back out a few times.

By the time I’d had a shower, the Ibuprofen was wearing off and I really started to feel it. It wasn’t good. One of the drawbacks of playing hockey at my weight, is that I need to take Ibuprofen beforehand. This is not just to mask the pain in my knees but to limit and prevent the swelling that would otherwise occur there. And it’s not just hockey, I have to do the same for hill walking and long cycles. The best way to avoid this, of course, is to not get fat in the first place. Although that particular ship has long since sailed for me.

But, back to my back… The pain was centred in my hip, just above my right buttock, where it felt like something had gone into spasm. I’d had this once before, many years ago, after I’d compressed a couple of discs, so I started to get nervous. I completely rested all day Friday, in the hope I could still play my match on Saturday. Come match time, I dosed myself up with pain killers and hoped for the best. But, no joy. A brief warm up jog made it very clear that I wouldn’t be playing that day.

It also brought into question whether I’d actually be able to ski the following week. We were due to depart for Austria just seven days later, with the skiing starting the day after that.

For the sake of my health, I knew I needed to completely rest for the week before the holiday. Not because my back hurt but because of what Julie would do to me, if I couldn’t ski…

But this complete inactivity had a knock-on effect, if I intended to achieve wight loss success in February. My daily calorific intake of 2,200, as worked out on the Calorie Calculator, was based on me being very active. As I was now sedentary, my daily caloric intake needed to drop to 1,500 to compensate. Which is really rather low for someone my size.

In order to hit 1,500 calories a day, I needed to reduce each of my porridge meals from 500 calories to 375. I did this by switching to skimmed milk and halving the amount of dried fruit I put with it. I also cut back a bit on the honey. Doing this meant that I was still able to have 50g of porridge oats with each meal. And this meant that, while these meals were incredibly bland, they were still filling. So I didn’t end up going hungry, which was important.

Come the day of departure, my back was feeling much improved and didn’t impact on my skiing at all.

Best of all, I hit my arbitrary target weight of being 18 stone (252lb/114kg) by the start of the holiday. I don’t even know why I set myself this. It isn’t helpful. It’s completely meaningless and it had the potential to ruin my holiday. Thankfully I hit the target and set off feeling happy with myself.

There is more to weight loss success than your actual weight so, starting with February, I’m also going to take monthly body measurements. Just as soon as I figure out how.

In the meantime, back to the issue of achieving weight loss success during a February half term skiing holiday in Austria.

We were staying at a lovely place called the Klothilde, in Zell am See, which was a bed and breakfast. I, however, intended to ignore this breakfast and take some porridge out on to the slopes with me, to eat about 11am. This was in order to stick to the timings of my existing routine. I would then not eat until 6pm, when we would dine out at a restaurant and, finally, I would have another porridge meal at around 10pm. The 10pm meal was easy, I’d take a camping burner and cook it up on the balcony. The morning meal, too, should have been easy: Overnight Oats!

It turned out that overnight oats, or Birchers as they’re sometimes known, rely on yoghurt. And this yoghurt was in smaller quantities than the volume of milk that I’m used to using. In order to avoid hunger, I didn’t want to interfere with the volume I was eating, which made ‘Overnight Oats’ a problem. To try and work around this, before we left, I tried just making up my normal porridge mix and leaving it to rest overnight. The hope was, that the oats would soak up all the milk and I’d be left with a nice, stodgy mess.

All I got was really soggy oats that were still swimming in milk. I cooked it up anyway, the following morning, and while it was much softer than I was used to, it did cook much faster… I might be on to something.

My plan was to leave the oats to soak overnight and then cook up the porridge, while the others were at breakfast. I could then decant it to a Tupperware container and put it in my backpack for later. Problem solved. My weight loss success for February was guaranteed… I’m a genius!

There were, however, some problems with this plan, that my geniusness had overlooked:

I managed to buy some milk on the Sunday afternoon, by which stage I’d already missed the first two porridge meals. I could only find UHT milk, so I had to use that instead of fresh milk but it actually didn’t taste too bad in the porridge. Fortunately, there were a couple of teaspoons in the room, so I was able to cook and eat the porridge. And, come 10pm when I realised I didn’t have a lighter, there was a petrol station open that sold me one. The following day, I remembered to buy a couple of wooden spoons and some cleaning products and, after that, it all went smoothly.

In this way, I managed to largely stick to my eating plan and actually came back from skiing 3lb lighter than when I left. And, given that my knees got so painful that I could only ski three days out of the six, I consider this to be a major success. It really helped with my weight loss success in February.

Of course, the skiing has left me with another injury, which is likely to impact on the weight loss I can achieve in March. At least I’m back to familiar territory, with the pain being in my knees. That said, it’s a completely new type of pain, in the form of Quadriceps Tendonitis. Which means, once again, I’m finding myself very limited in my ability to exercise.

I think the reality is, though, that injuries just take longer to heal when you’re dieting. I may be able to speed up the process a bit, by increasing my protein intake, which, ironically, brings me on to the tricks to speed up weight loss.

The two main approaches, which are often tied together, are:

Both of these are techniques that force your body to utilise its fat reserves to provide you with energy. The intermittent fasting does so for a few hours each day, while the ketogenic diet does so on an ongoing basis. You can combine the two by doing intermittent fasting while on a ketogenic diet, which, some say, will maximise fat burning. Additionally, you can do both of these things alongside lifting weights, to drive your body to use the fat reserves faster. And if you are lifting weights, an increase in protein consumption is a good idea.

The ‘Intermittent Fasting’ I’m referring to here is the 16/8 version, where you fast for 16 hours and then do all your eating in an 8-hour window. There are, however, a great many other versions of  intermittent fasting, some of which might be preferable. Likewise, there are a variety of options available with the ketogenic diet. And, while my weight loss success in February has not been reliant on these things, weight loss in the Autumn might need them.

Both of these techniques are known to help speed up fat loss. But, as I say, at the moment I’m not looking to speed up my fat loss, because I’m already losing more than 2lb a week. Which is really fast enough. Particularly given that I’ve been obese for a long time and that I’m now 48… I’m concerned that too fast a weight loss will leave me with loose skin. I already seem to be developing what I’ve just found out is known as a Turkey Neck. Delightful!

So, no; I won’t be attempting to speed up my fat loss at this stage. But I will look at 16/8 intermittent fasting and the ketogenic diet in more detail in a later post.

What I need to do now is find out what body measurements to take.

Well, there seem to be plenty of options for this, too, but I quite like this one:

As to how to take this measurements, I shall seek (and adapt) help from the Livestrong site:

Right then, let’s see where I am:

Although my waist measurement is telling me I’m still fat, I have dropped below 250lb for the first time in a long time. And I think that’s worth some light celebrating. Maybe a sticker of some sort.

Likewise, I’ve lost more than 5% of my body weight. Indeed, I’m rapidly closing in on the 10% mark. Both of which are nice to know. Maybe I should try and design some stickers to award myself…

The upshot of all this, though, is that the calorie counter is telling me that I need to reduce my intake some more.

All in all, my weight loss success in February was better than I could have hoped for. And to say that I’m happy with it is an understatement. Here’s hoping that March goes just as well.